Incumbent Kim Wyman, a Republican, is fighting to keep her seat as Secretary of State against Democratic challenger Gael Tarleton. 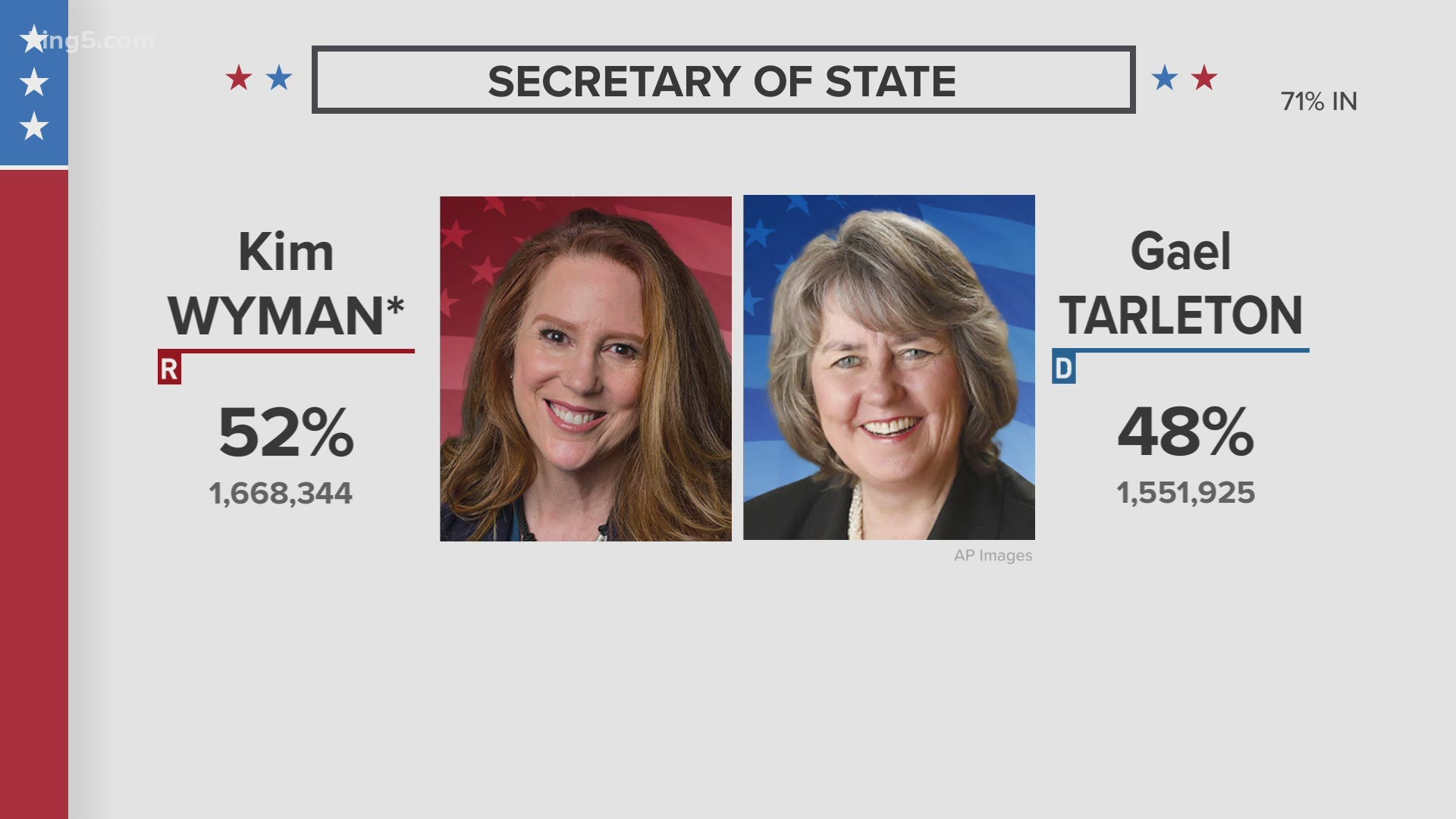 OLYMPIA, Wash. — As of Tuesday night, incumbent Kim Wyman leads with 52% of the votes compared to challenger Gael Tarleton's 48% of the votes for Secretary of State.

Wyman is a Republican and Tarleton is a Democrat.

Wyman has served as secretary of state since 2013. She was previously the Thurston County auditor.

In her official elections statement, Wyman said her most "critical responsibility is to inspire public confidence in Washington's elections," pointing to a statewide voter registration system for same-day registration, having established the first security operations center to respond to "foreign interference and cybersecurity threats," and efforts to "develop robust state and county continuity of operations plans to respond in a pandemic."

Wyman's challenger Tarleton serves as state representative of the 36th Legislative District. Previously, she served as a Seattle Port commissioner from 2008-2013 and as port commission president before being elected to the State House.

Tarleton said in her officials elections statement, the state needs "a secretary of state who will boldly defend every vote and every voter," adding that she believes the secretary of state's office needs a "new type of leader to protect our election systems and voter information against current emerging threats."

She pointed to her 30 years of experience as a senior defense intelligence and national security analyst as a testament to her knowledge on defending the election system from attacks.