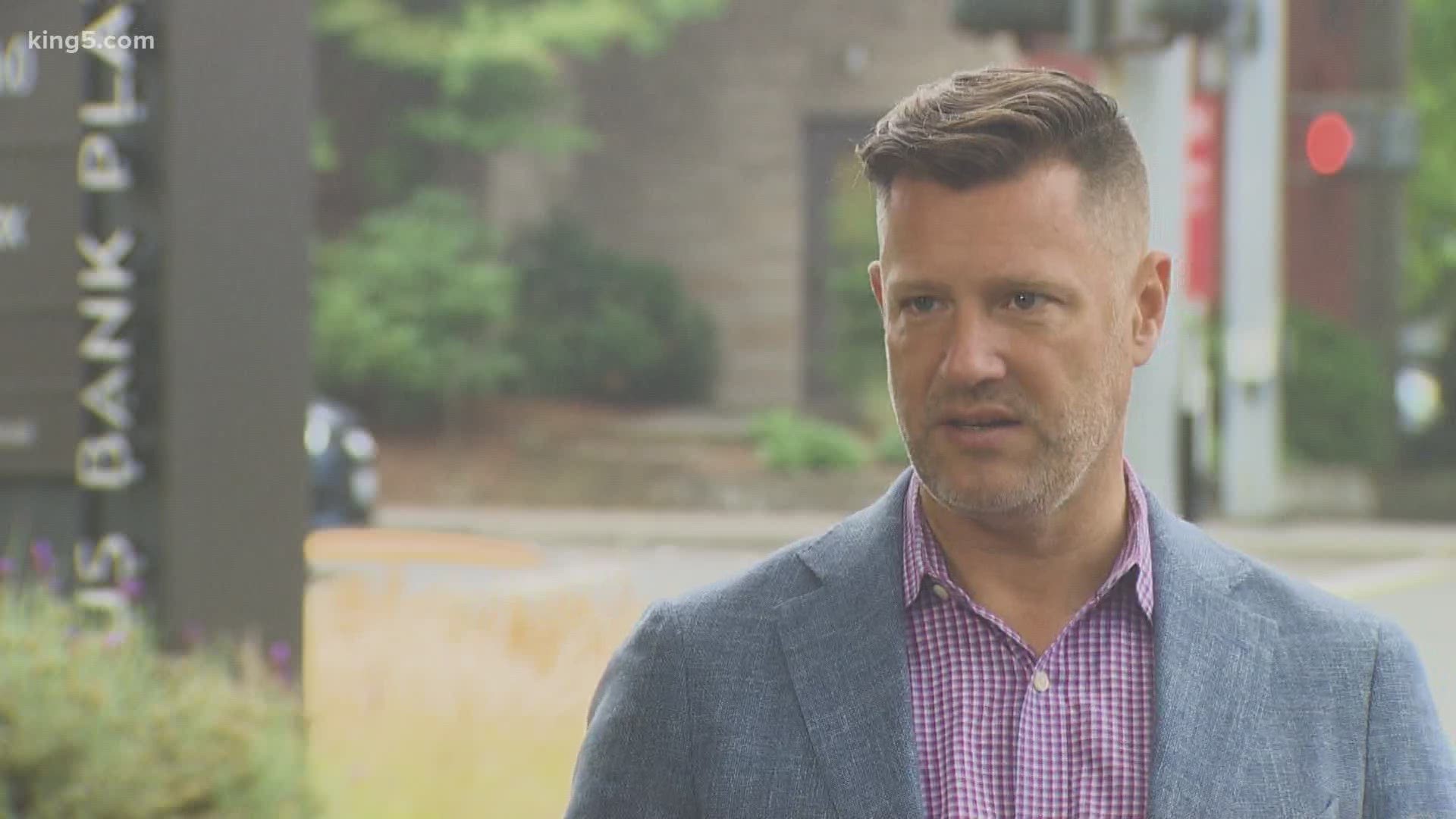 BOTHELL, Wash. — Joshua Freed may be best known as a former mayor, but in recent years has shown a type of civic activism that he hopes will translate with moderates and independents.

The father of five was one of the first to announce a candidacy to take on Gov. Jay Inslee and put plenty of personal capital into the race. State filings show he's amassed the biggest financial war chest of any Republican challenger.

"People want to work. They want to open their businesses," said Freed in an interview with KING 5, citing his belief that Inslee has not done enough to balance the dual economic and health crises.

He specifically cited, as an example, the limits given to public versus private construction.

"It just caused a lot of discontent," Freed said.

The self-described fiscal conservative comes from the real estate and construction world but also served on the Bothell City Council and for a brief term as mayor. Since then, he's tackled social issues and initiative campaigns, including safe injection sites.

"We actually got 20 different jurisdictions to ban them," he said. "I didn't think that's the right way to address the rise and drug addiction here in Washington state. Rather, I want to get people off of those drugs and move people onto pathways to success become independent, contributing members of society."

"Sixty-seven percent of people in Washington state consider their relationship with God as important to them,” Freed said. “So during a time during the stay-at-home order, you can go to the pot shop to cure your anxieties. You could go to the liquor store to cure your anxieties. If you are into materialism, could go to the Target or the Walmart or the Costco but if you want to go meet even individually with your spiritual leader…Jay Inslee said no."

His early entry and fundraising prowess didn’t translate in early polling, which shows any number of candidates could emerge to take on Inslee in the fall.

Freed tried to separate himself from others by suggesting schools could start this summer to make up for lost class time and that he would properly fund public health if elected. He called masks "more of a constitutional rights issue for many people, where they're concerned that the government is making dictates without what they're seeing as supportive science behind it."

Freed also says he's learned from being in office during turbulent times. There was public outcry in Bothell in 2015 after it was revealed his company was making a play to develop the Wayne Golf Course.  He was cleared of any ethics allegations, and it is now a city park. Yet, he says, he learned a lesson.

"I think really clear communication and over communication, in a sense, being very proactive,” Freed said. “I think one mistake that I look back at on is I looked at it as a private land negotiation, which it was private. So I didn't feel there was any obligation to explain it to the public. But now in arrears looking back, I can see how some people were like, ‘well, this optically looks wrong.’”

Freed also believes his hometown can also be a litmus test for how he'll be received statewide in an era when the president is running at historic polling lows. He noted Bothell voted for John Kerry, Barack Obama and Hillary Clinton, "and yet they chose me, a fiscal conservative.”