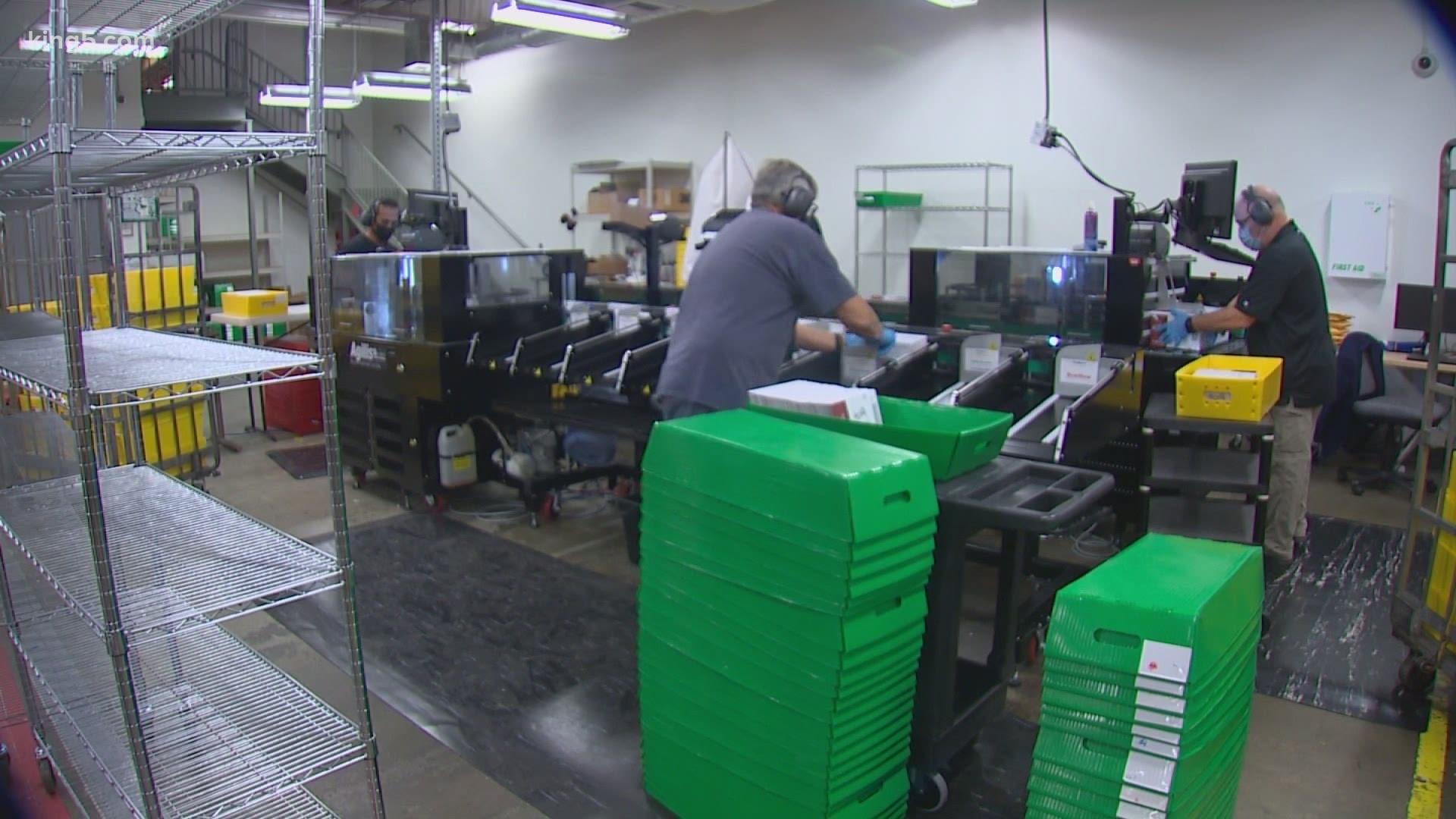 SEATTLE — The old 'I voted' stickers we all used to wear have been replaced by the voter "selfie" at the ballot drop box in 2020.

In Washington state, the all mail-in style voting system doesn't always produce final results on election night. That's because only ballots that have been tabulated at the elections office are counted in that first batch of votes.

Ballots that arrive on or after election night will not be counted in the final tally until a day or several days after.

"The number of ballots we count on election night is dependent on voters, and how many ballots they get back early," said Garth Fell, Snohomish County Auditor.

During the last presidential election in 2016, about 65% of all ballots submitted were counted in the tally on election night. The day after, another 8% of ballots were counted in the mix. It took a total of 13 days for every ballot to be accounted for as ballots trickled in. In the end, there was a 79% total voter turnout in 2016.

By law, state elections officials have 21 days to certify the final results.

"It can be a drawn-out process, and it depends on how close the race is as well," Fell said. "We really want voters to take early action and get those ballots back as soon as possible."

The USPS recommends voters mail their ballot as early as possible to make sure it's in the hands of elections officials before 8 p.m. on November 3, election night.