What to do if you receive duplicate ballots in Washington state

The issue of duplicate ballots can happen occasionally, but officials at King County Elections say ballots are only counted once. 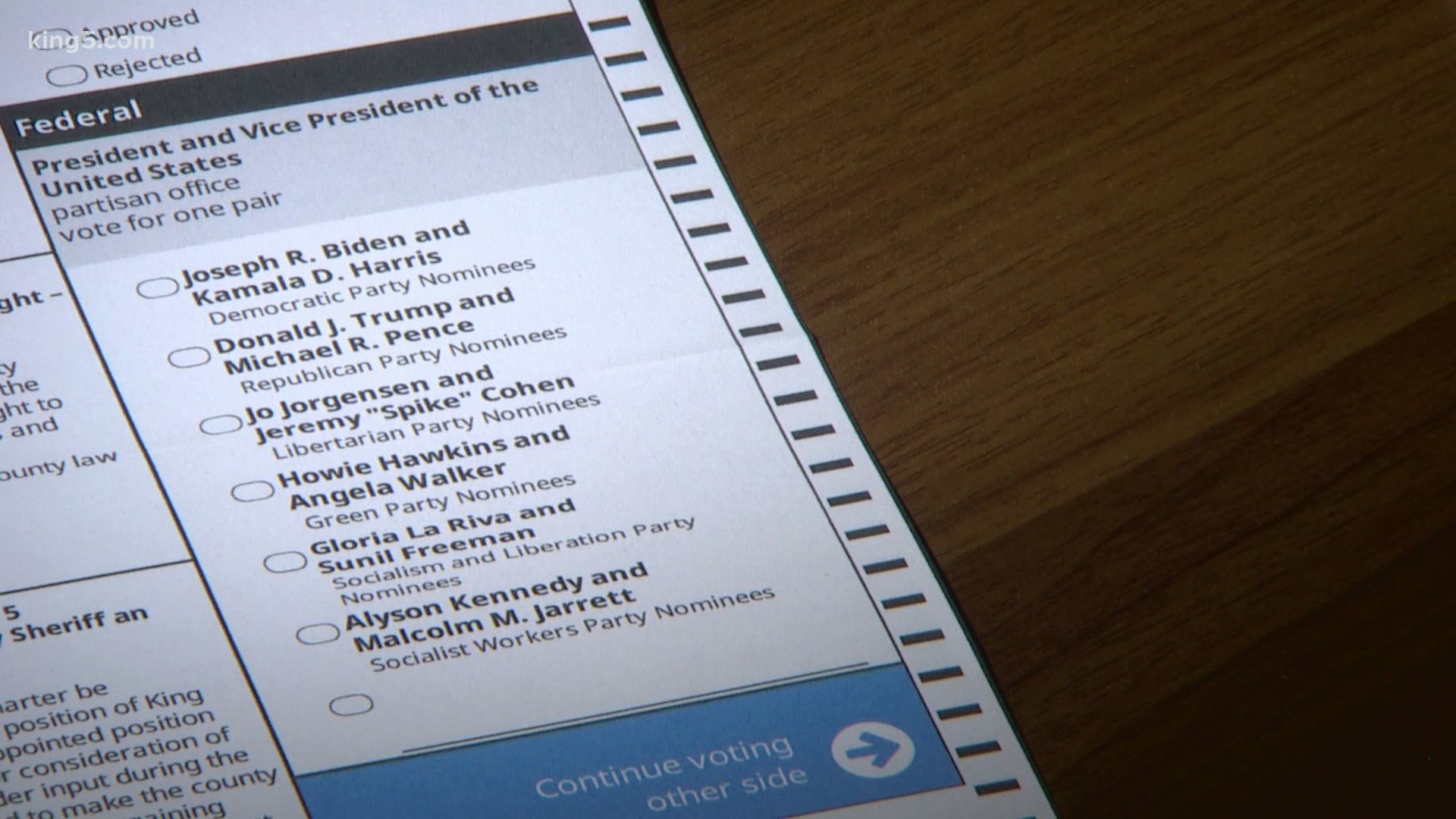 SEATTLE — King County Elections says it's already approaching 20% voter turnout which is well beyond record-breaking territory, but some voters are running into issues with ballots.

Dana Cowley said she didn't know what else to do when she thought she and her daughter had received duplicate ballots.

"I realized that two of the ballots were for the primary and they just came late, I was less concerned, but it still concerned me a little bit enough to contact you," said Cowley.

Cowley has lived in the Tri-cities area for more than 10 years and hasn't had any ballot issues. After discovering she was sent both an old ballot and a General Election ballot, she wanted to find out what went wrong.

"I have not heard of a voter receiving ballots for two different elections at the same time. What I will say is, it is not uncommon for a voter to receive two ballots from us for the same election," said Kendall Hodson, the chief of staff for King County Elections.

The good news is Cowley's situation and most ballot issues are not widespread," Hodson said.

"The best thing to do for voters if they have questions, just to give us a call. So we've got lots of staff in our phone bank who are super happy to help," said Hodson.

So what happens if someone turns in two ballots?

"We're never going to count more than one ballot per donor. So whether it's an accident or intentional, your voter registration record is only going to let one ballot be counted for you, so it's typically the first valid in we're going to validate your signature," said Hodson.

Officials realize that voters experiencing or even hearing about any ballot issues leading up to Election Day can cause some concern.

"I think what's really important for our folks to remember is, this is how we always do this, we're really well positioned to be able to run an election during a pandemic," said Hodson.

If you notice anything wrong with your ballot or have concerns, call 206-296-VOTE.

If you live in King County, you can also reach out on social media.

RELATED: What happens to your ballot after you vote in Washington?