If the election for governor were today, an exclusive KING 5 News poll found 54% of voters surveyed would vote for Jay Inslee and 40% would vote for Loren Culp. 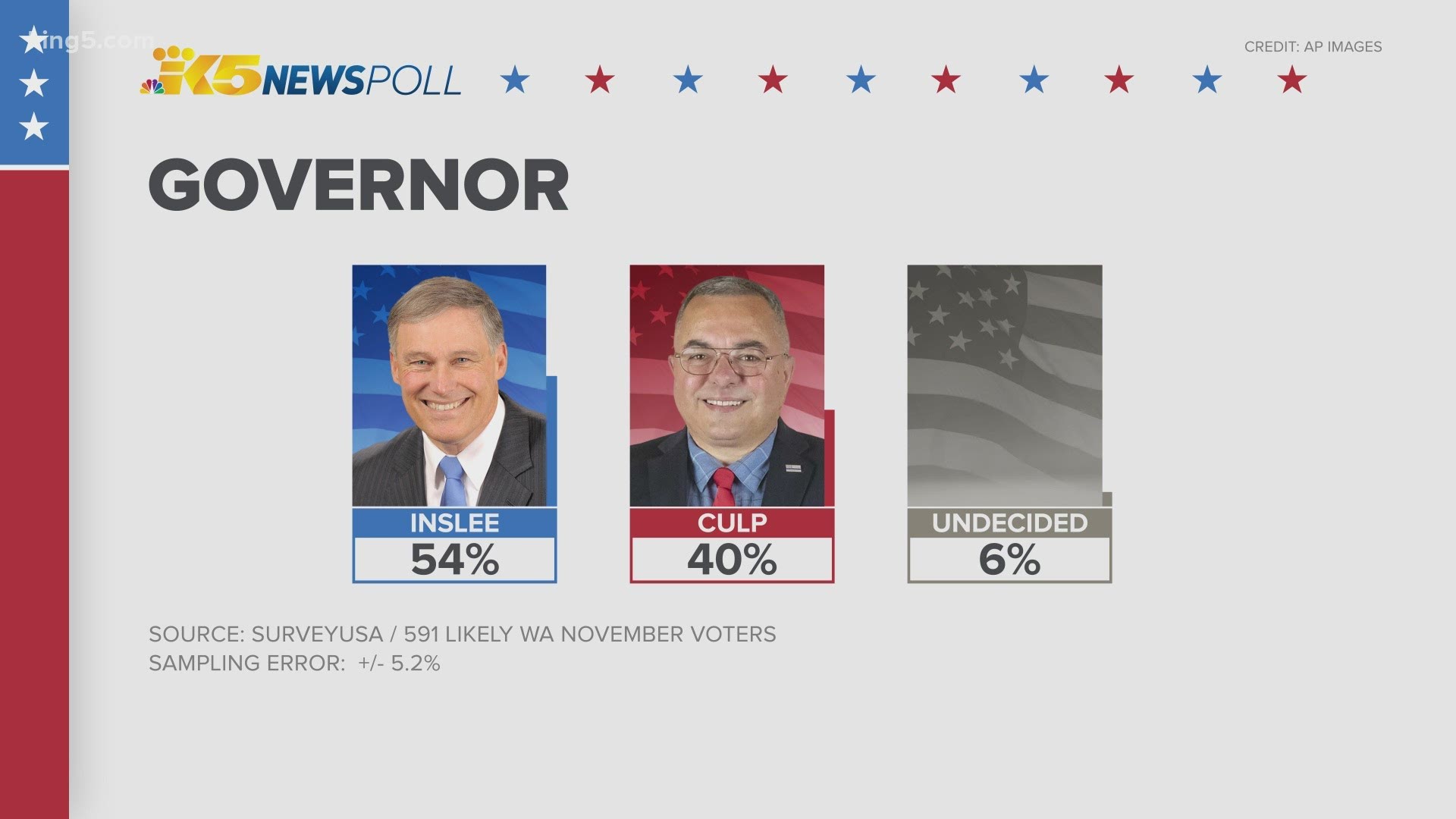 If Culp were to win, he would be the state’s first Republican governor since John Dennis Spellman, who served from 1981-1985.

Support for Culp and Inslee predictably fell along party lines – 94% of Democrats picked Inslee, and 88% of Republicans favored Culp. However, there were also disparities among gender. About 62% of women said they would vote for Inslee, which was 30 points more than Culp. Among men, Culp edged Inslee by four points.

Culp has gained support since polling was initially conducted five months ago, growing from 31% in May to 32% in July.

However, it appears only a small boost came from last week’s gubernatorial debate where Inslee and Culp faced off over coronavirus, climate change and racism. Of the surveyed debate viewers, just 3% of people who had planned to vote for Inslee will now vote for Culp. And just 2% of Culp supporters now back Inslee.

Overall, the vast majority of viewers – 86% – didn’t change their minds based on the debate.

Public opinion was also split on who won the debate. About 32% of debate viewers said Culp won, 29% said Inslee won, and 24% said there was no clear winner.

Inslee and Culp on economy, COVID-19

When asked who would better manage the economy and respond to the coronavirus pandemic, likely Washington voters picked Inslee.

About 54% of voters preferred Inslee for his COVID-19 response compared to 37% who preferred Culp. And 9% weren't sure.

Mask use has been one of the areas Inslee and Culp have diverged in their views on fighting coronavirus. Culp has held campaign rallies with thousands of unmasked supporters in attendance, going against Inslee's mask mandate. In the gubernatorial debate, Culp said he never spoke out against masks but disagreed with government orders to wear them.

On managing the economy, 51% said Inslee would do better compared to 39% who thought Culp would. Another 10% weren't sure. 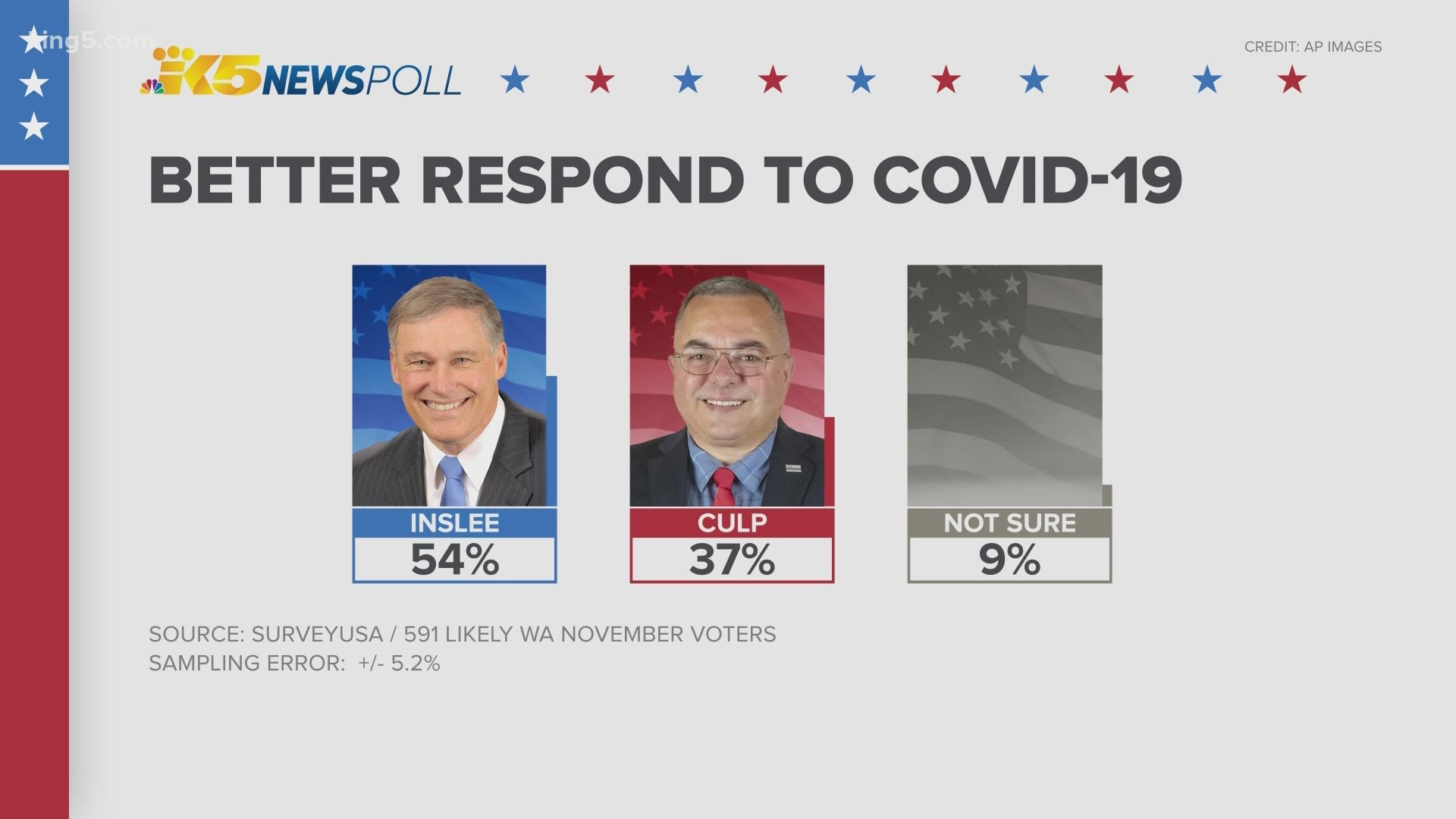 The poll, which was conducted by SurveyUSA, surveyed 850 adults in Washington state from Oct. 8-12. Of those adults, 591 were likely November voters, and 290 watched the gubernatorial debate. Poll respondents were representative of statewide demographics with 36% identifying as a Democrat, 24% as Republican and 29% as Independent. Half were from the metro Seattle area, one-third were from western Washington and 17% were from eastern Washington.