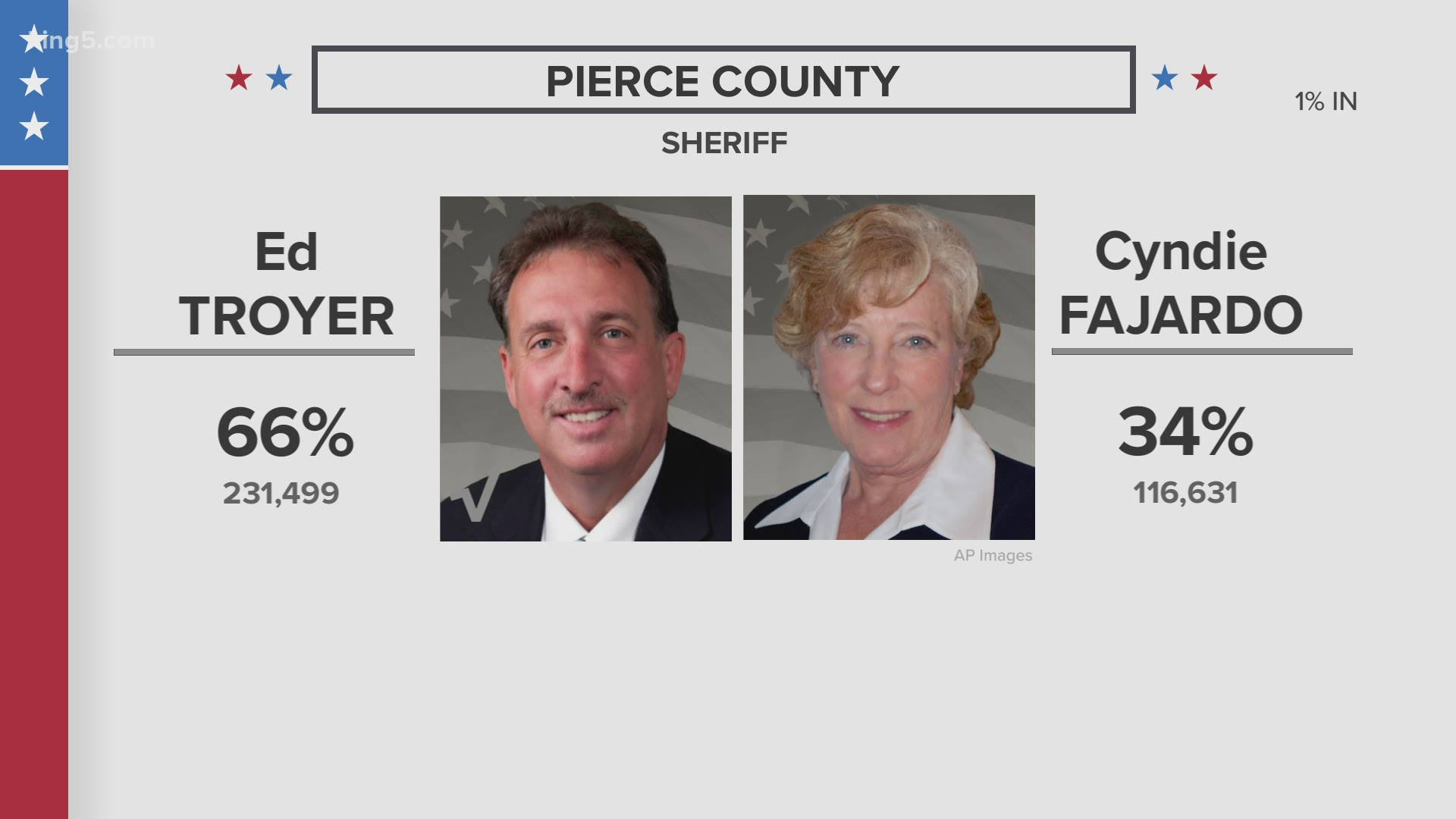 As of Tuesday night, Troyer won with 66% of the vote, and Fajardo polled in with 34%.

The seat for Pierce County sheriff is open after Sheriff Paul Pastor announced his retirement.

In his official elections statement, Troyer said, "I'm running to keep you and your family safe. Our Sheriff's Department has a strong history of public trust, integrity and transparency. I've worked alongside Sheriff Pastor for 15 years and I am prepared to lead. I know our department from top to bottom. I'll continue what we do well. I'll make changes were we can do better."

"Choosing a new Sheriff can be a difficult challenge," said Fajardo in her official elections statement, "Cyndie is certainly not a career politician and she is definitely not a career spokesperson. But more importantly Cyndie Fajardo is a career law enforcement officer with an exceptional record of accomplishment in numerous leadership positions."