Chris Daniels sat down with Jenny Durkan to discuss crime, safety, mistakes, re-election, and bringing back the Sonics 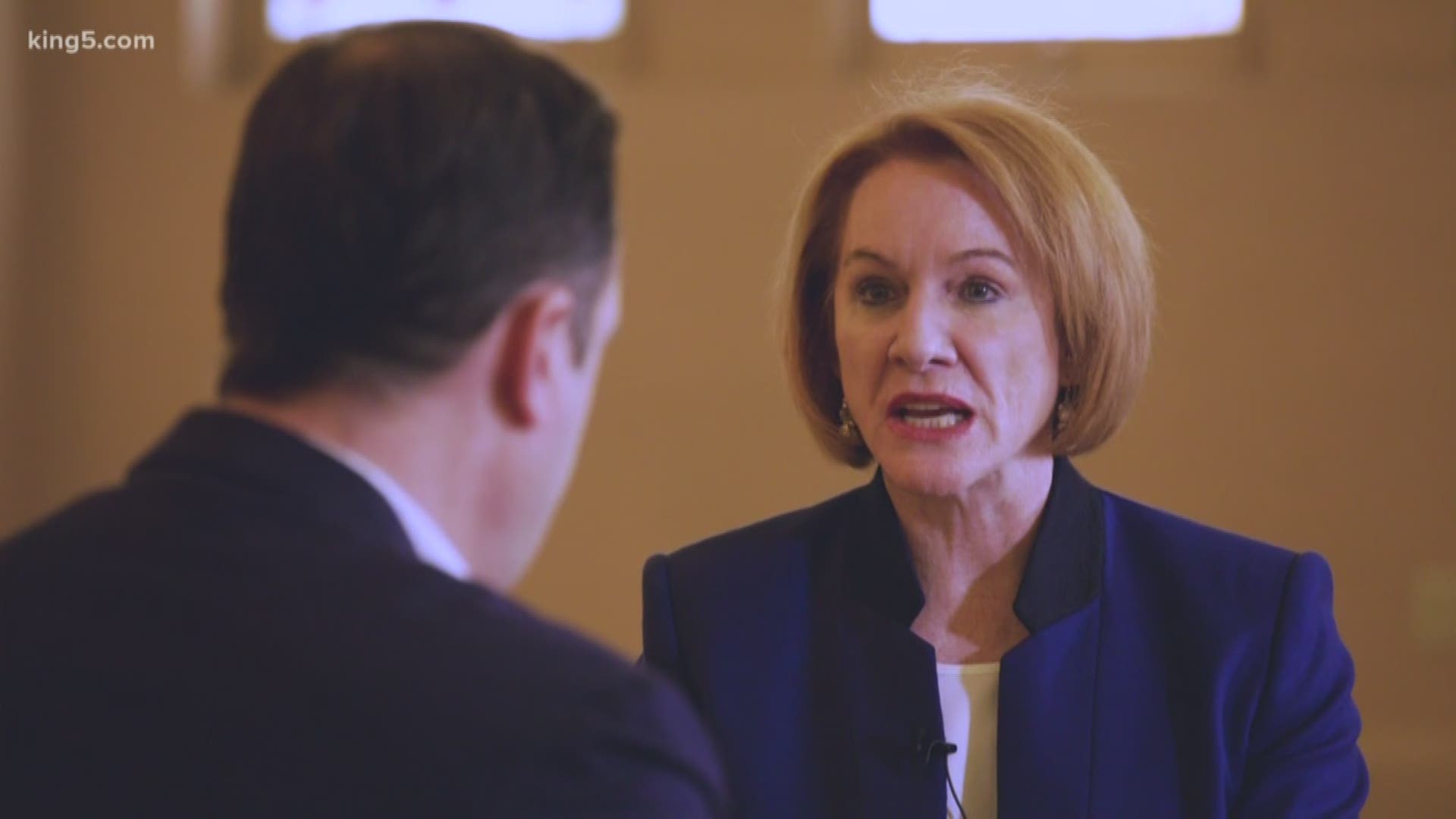 Seattle Mayor Jenny Durkan rose to power during a turbulent time in Seattle-- amidst an upheaval due to a City Hall scandal. She was sworn in early as a result, on Nov. 28, 2017.

This week marks the midway point of her first term in office.

Durkan shared a coffee with KING 5's Chris Daniels in Seattle’s The Arctic Club to discuss her first two years, whether she may seek a longer stay, and gave a much-anticipated response about her feelings on the return of the Seattle Supersonics.

“We got two years free college for every Seattle public school student, we had the freeze, the squeeze and I think we showed that the city government can work for the people,” Durkan said.

Durkan will talk to her family, friends and the Seattle community before making a firm decision on re-election, but hints that it's likely.

“We’re only halfway through, so my pledge is, I’m going to always do what I think is right. People shouldn’t think they’re getting rid of me any time soon,” Durkan said. “People should expect that there will be a positive motion for a re-election campaign.”

A sports fan, Durkan wants the Sonics back and said the future looks bright.

Click the player above to see Durkan's full interview.