Carmen Rubio received 67% of the vote and will replace Amanda Fritz on the Portland City Council. 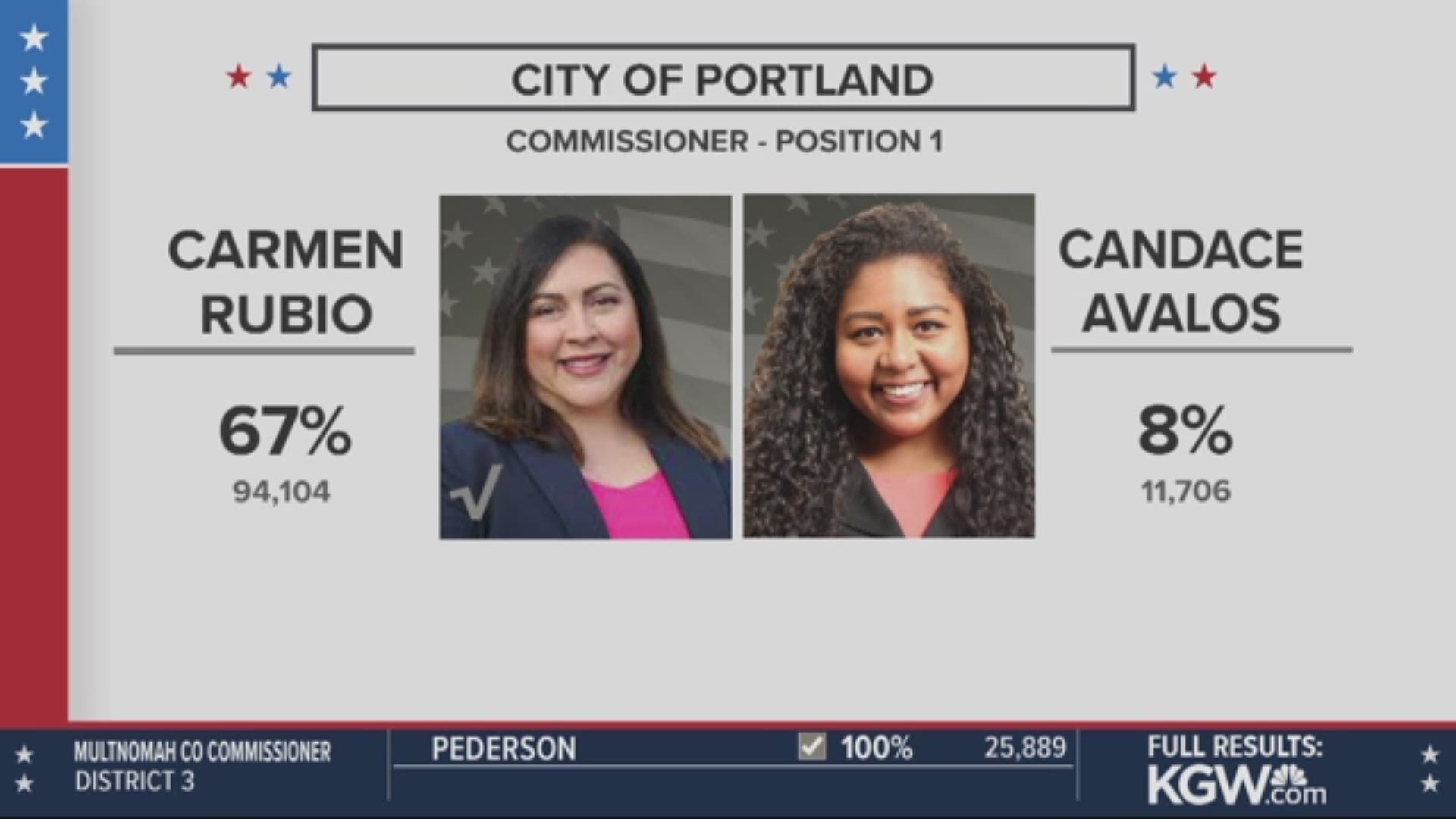 PORTLAND, Ore. — Carmen Rubio will replace Amanda Fritz on the Portland City Council after receiving 67% of the vote in Tuesday’s primary election. Rubio is the first Latinx candidate elected commissioner in Portland.

Fritz decided against running for re-election, and nine candidates campaigned for Portland Commission Position No. 1.

Rubio was one of the top three fundraisers in the race, according to The Oregonian.

When asked by The Oregonian why people should vote for her, this was Rubio’s response:

I’m asking voters to vote for me because I am an experienced manager and collaborator, and I have a strong grounding in community. My track record and experiences have prepared me for City Council, including my work as policy adviser to three local elected officials and as a 10-year director of a leading immigrant and Latinx-serving nonprofit, where I manage and lead large projects and advocacy efforts, oversee multi-million dollar budgets and challenge government to do better for youth and families in our community.

When elected, I will work hard every day to make sure our city government works for all Portlanders and will fight to ensure that working families and vulnerable community members have a say in decisions that affect them. I will also work to rebuild the trust of Portlanders in City Hall through balanced and inclusive policies and initiatives that meet the needs of Portlanders, especially East Portlanders, workers, underinvested communities, Black and Indigenous communities and other people of color. We need local elected leaders who are committed to emergency preparedness and can strengthen the inter-jurisdictional partnerships we will need to rebuild our local and regional economy.

RELATED: Portland has last remaining commission form of government among major US cities