The FBI and city of Seattle said there are no specific threats for Election Day or the days following. 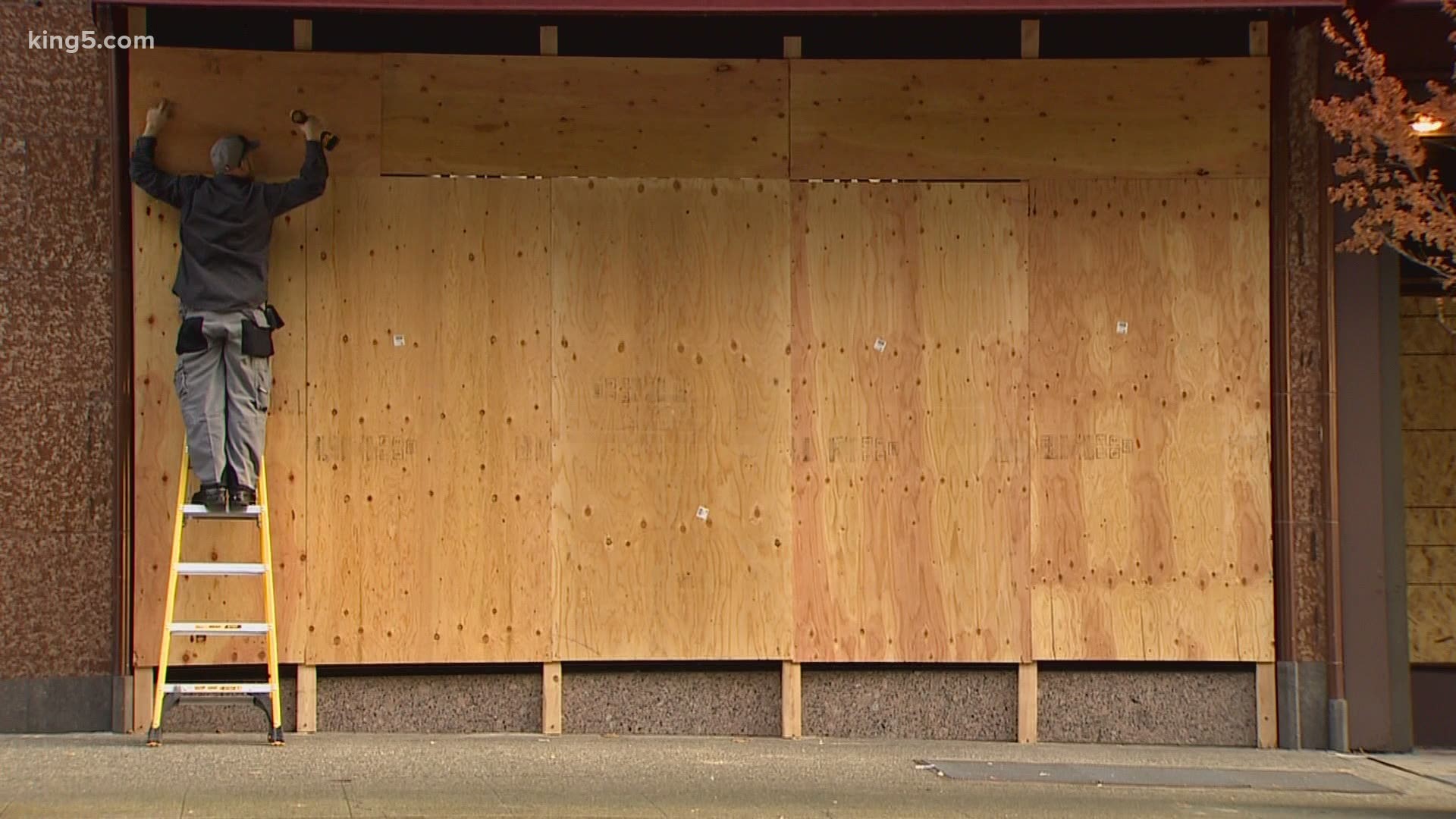 Less than 24 hours before election results start pouring in, some Puget Sound businesses are boarding up their windows again, not knowing what to expect on Election Night.

When asked why some cities are preparing for civil unrest, Seattle University Political Science Professor Marco Lowe said, "I think we've seen a summer of civil unrest and people very rightly expressing their frustration and anger at the justice system in America. We have momentum for those protests, and on the other side, we have a lot of anger and potential violence from far right extremist groups in America."

Lowe said preparing for the worst can send a larger message.

”I think the cities preparing for all these potential worst-case outcomes diminish the chance that they happen,” Lowe said.

The city of Seattle released its plan ahead of Election Day, saying law enforcement agencies have been preparing contingency plans, although there’s no sign they’ll need to use them.

The Federal Bureau of Investigation’s Seattle field office is doing the same.

"Every office around the country has a command post set up. Ours is already staffed, just making sure the election goes off without any hitches,” said FBI spokesperson Steve Bernd.

In previous election years, international election disruptions were the focus. This year, the focus has shifted.

"As the director said, I think last month in front of Congress, that domestic terrorism has become one of our most pressing dangers to the country, specifically white supremacy," said Bernd.

The FBI and city of Seattle said there are no specific threats for Election Day or the days following.

RELATED: Olympia business owners anxious about unrest from the election