Ann Davison captured 59% of the vote after an initial round of ballots were counted Nov. 2. 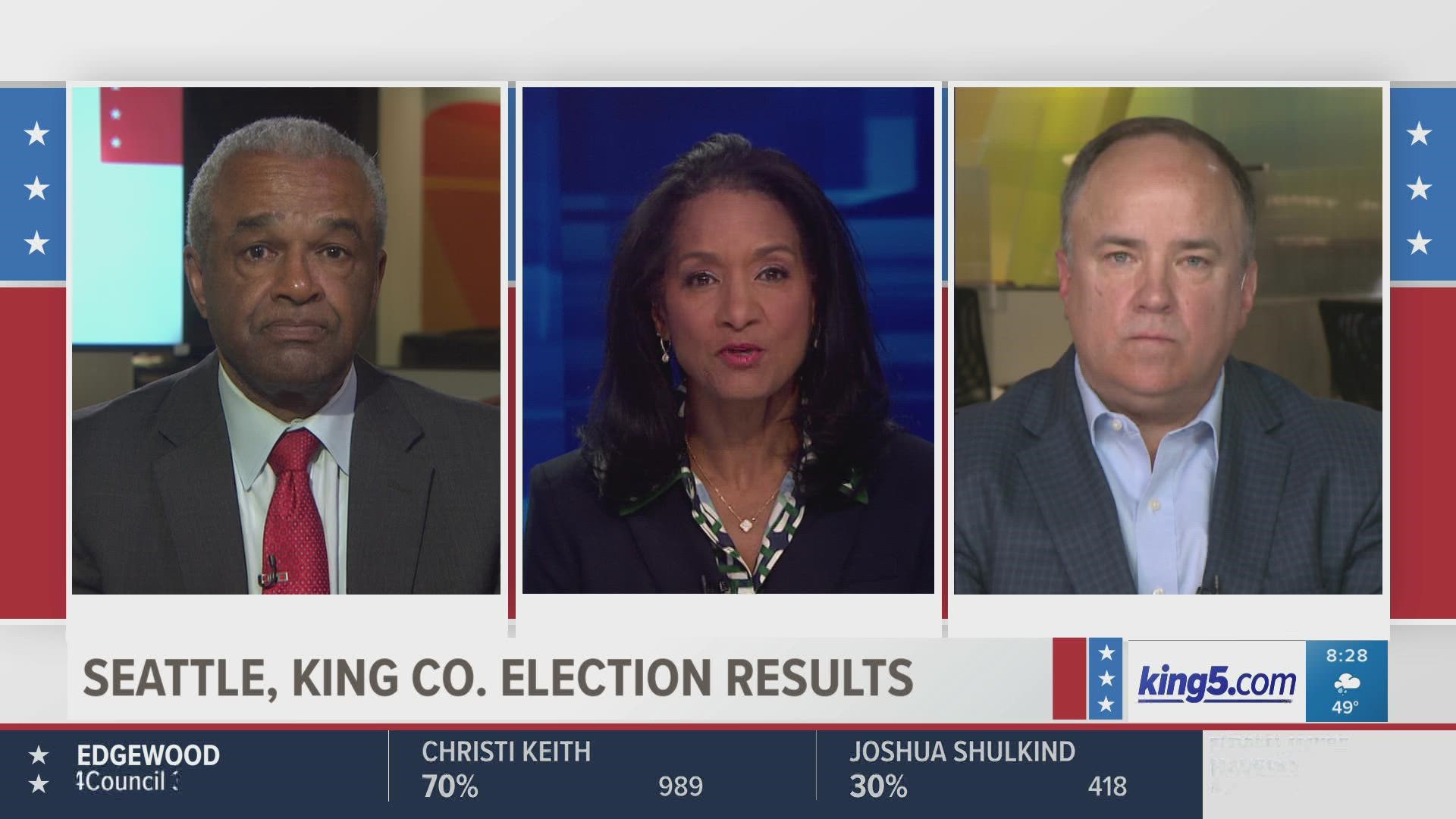 SEATTLE — Ann Davison was elected Seattle city attorney after capturing nearly 60% of the vote following an initial round of ballots counted on Nov. 2, and maintained her lead Nov. 3.

Davison believes the City Attorney's Office is not for setting policy or a "place for radical agenda." It is a place to provide impartial advice to those elected to create policy and to maintain laws so there is public safety.

Nicole Thomas-Kennedy has been a public defender and is a self-described abolitionist who wanted to reimagine the City Attorney’s Office and how it prosecutes offenders.

Davison will lead the Office of the Seattle City Attorney, also known as the Law Department, for a four-year term. The department operates with more than 100 attorneys. It is the third largest public law office in the state and one of the largest in the city.

The department is divided into three divisions: Criminal, civil and administration.

The civil division represents the city of Seattle in lawsuits as well as advising officials in program development, projects, policies and legislation.

The administration division provides services for the office, including budgeting and human resources.