Incumbent Rep. Kim Schrier won with 52% of the vote compared to Jesse Jensen's 48% in the general election. 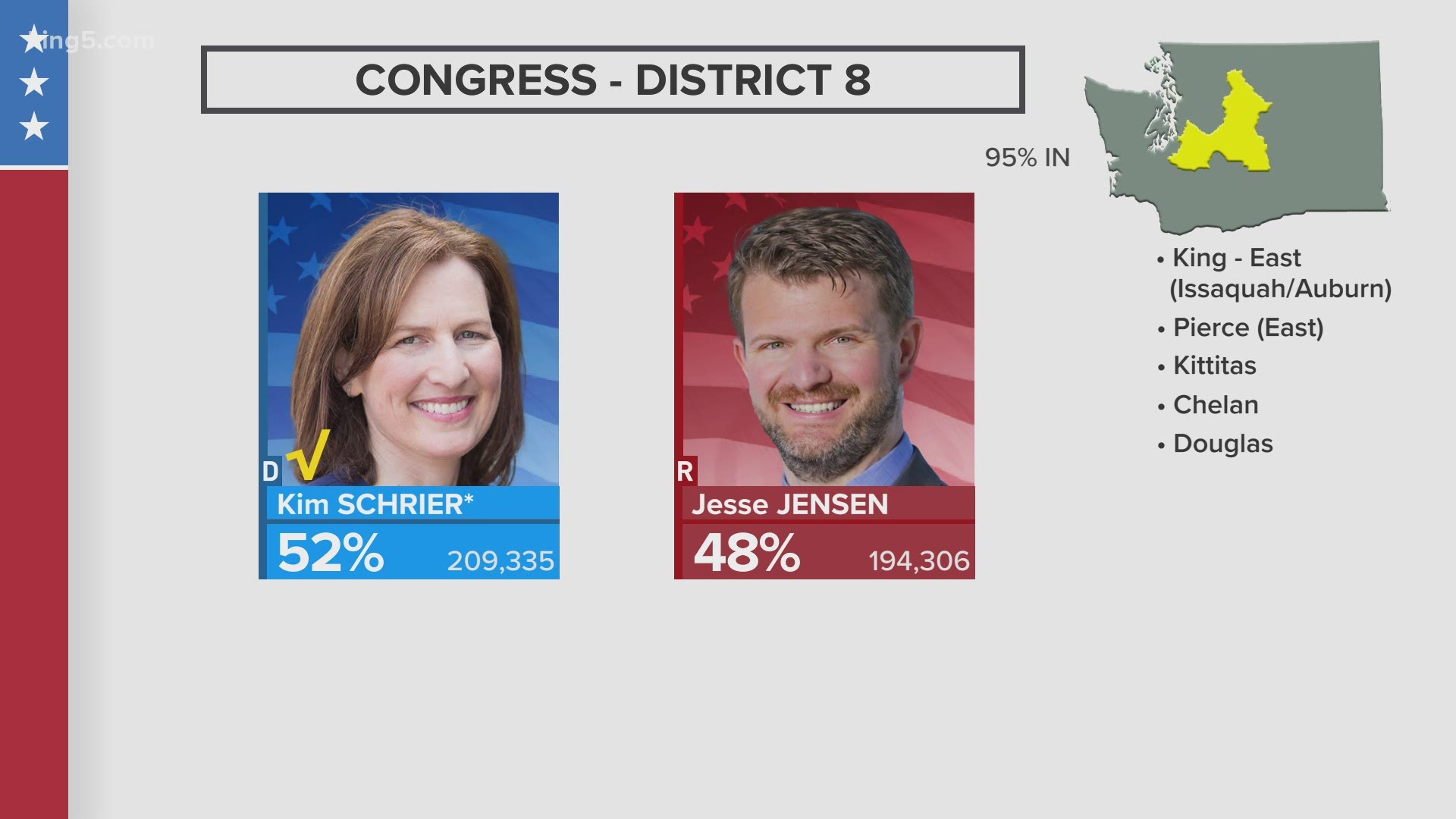 Republicans hoped to win back Washington's 8th congressional seat after losing it to Schrier in 2018. It was the first time a Democrat had won District 8.

Schrier won with 52% of the vote compared to Jensen's 48% in the general election.

"I feel good about these numbers and I feel really good about the way I've served this district," Schrier said after election night.

Jensen is a former Army Ranger who is making his first run at political office. Jensen believes his moderate message resonates in the 8th congressional district which spans both sides of the Cascades, including King, Pierce, Chelan, and Kittitas counties.

Schrier's a career Issaquah pediatrician who says she has traveled thousands of miles to serve her 8th congressional district in the past two years.

U.S. representatives are elected to two-year terms to serve their constituents. They introduce bills and resolutions, along with proposing amendments. They also serve on various committees.