New stats from the state shows 14% of Multnomah County voters have cast their ballots so far. That's about average for this stage of the primary. 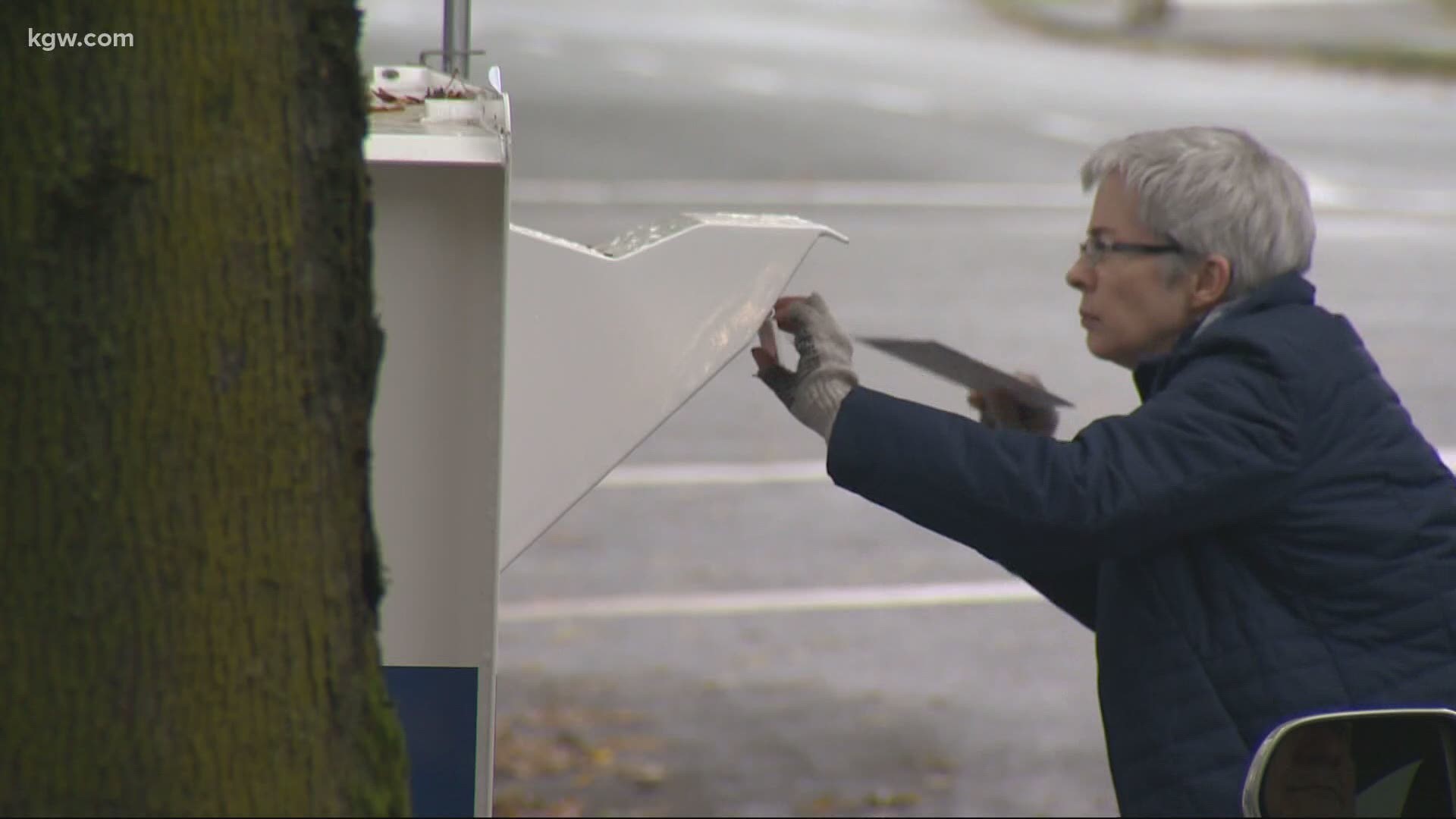 PORTLAND, Ore. — Multnomah County elections officials sounded the preverbal alarm Monday, reminding Oregon voters the last day to mail in their primary ballots and be guaranteed they’ll arrive in time to be counted is Thursday, May 14.

They also reminded those voters that, for the first time ever, the postage on their ballots is paid for by the state.

Next week, they’ll be calling in close to 150 temporary employees to process the wave of ballots that typically come in toward the end of a primary voting cycle. They’d normally have almost twice as many employees on hand, but the pandemic has made that impossible.

“It's just about basing people farther apart, and that has required some considerable rework in some areas,” said director Tim Scott.

In an interview last week, Scott said elections staff are on hand in case voters need help in person, but they sit behind glass partitions and are spaced out between empty desks.

For those who insist on voting in person next week, booths have been spaced out and separated by six-foot wooden sticks to help keep voters from getting too close.

“We've rented space at the Holocene dance club across the street where we'll have additional voting boosts on election day if we reached capacity inside the elections office,” Scott said.

When it comes to getting votes counted and results released, Scott says initial counts, typically made public around 8 p.m. election night, won’t be delayed.

Those have always been based on ballots mailed and submitted early.

“Where you might see a slow-down because of the reduced number of people working in the building is those future reports, the 11:00 p.m. report on election night or the 1:00 a.m. report on the day after election day,” Scott said.

He added the delay will likely only be noticeable in close races.

“We don't officially certify the election results until 20 days after the election, and we will keep working to get those post eight o'clock on election night results reports,” he said. “We'll keep working to get those out throughout the night and into the next day, however long it takes, making sure that the ballots are counted accurately as we do it.’

Turnout has been another big question.

Simply put, analysts don’t know whether voters will participate amid a pandemic.

New stats from the state and organized by Portland-based DHM Research shows 14% of Multnomah County voters have cast their ballots so far.

That's about average for this stage of the primary.

WATCH: Is mail-in voting safe and secure? Oregon’s Secretary of State weighs in