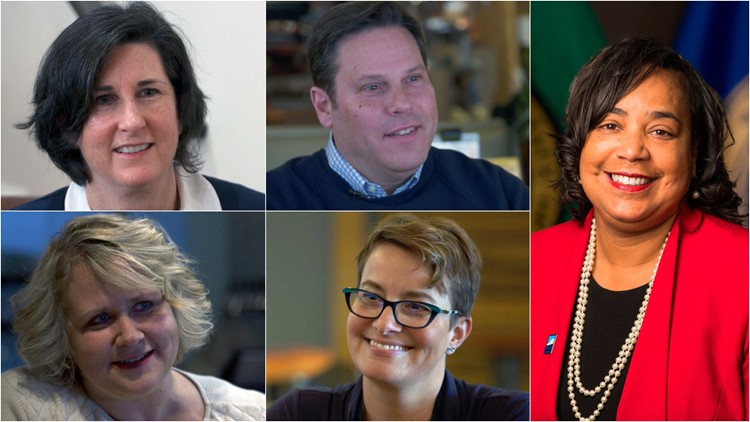 “Drinks with Daniels” is back. Last fall, KING 5 Chief Reporter Chris Daniels sat down with multiple Seattle City Council candidates and is now venturing outside the city limits. He asked multiple western Washington mayors to meet up for a drink at one of their favorite locations and have a casual conversation about the issues that are important to them.

You’ll meet leaders from Everett, Kent, Federal Way, Bellevue and Tacoma, who chose everything from tea to beer to a mixed drink. The segments will air Feb. 10-14 on KING 5 News.

Cassie Franklin is the first woman to be mayor of Everett and comes from the non-profit sector, where she worked with homeless and at-risk youth. She talked about how Snohomish County is dealing with homelessness and housing affordability.

Franklin also highlighted the massive renovation of the waterfront while enjoying a mixed drink at the Bluewater Distilling Company.

Victoria Woodards is a long-time public servant and U.S. Army veteran, who has been mayor of the City of Destiny since 2018.

She talked about Tacoma’s rebirth while enjoying high tea at the Olive Branch Café and Tea Room in T-Town.

Lynne Robinson joined the Bellevue City Council in 2014 and this year was elected mayor by her peers.  The proud parks supporter talked about the city’s commitment to green space and recruiting businesses like Amazon while sharing tea at Third Culture Coffee in Bellevue.

The one-time prosecutor and University of Washington walk-on football player leads one of western Washington’s largest cities. Jim Ferrell highlighted how light rail will change the city and how it handles homeless encampments while talking over a Hawaiian iced tea at the Pac Island Grill.

Dana Ralph is a lifelong resident of Kent, who graduated from Kent-Meridian High School and now leads the sixth largest city in the state. Ralph talked about her vision for Kent and the county’s response to homelessness over a pint of beer at Airways Brewing in Kent.