Republican Dino Rossi's seventh political campaign is taking him back through the neighborhoods of his first. 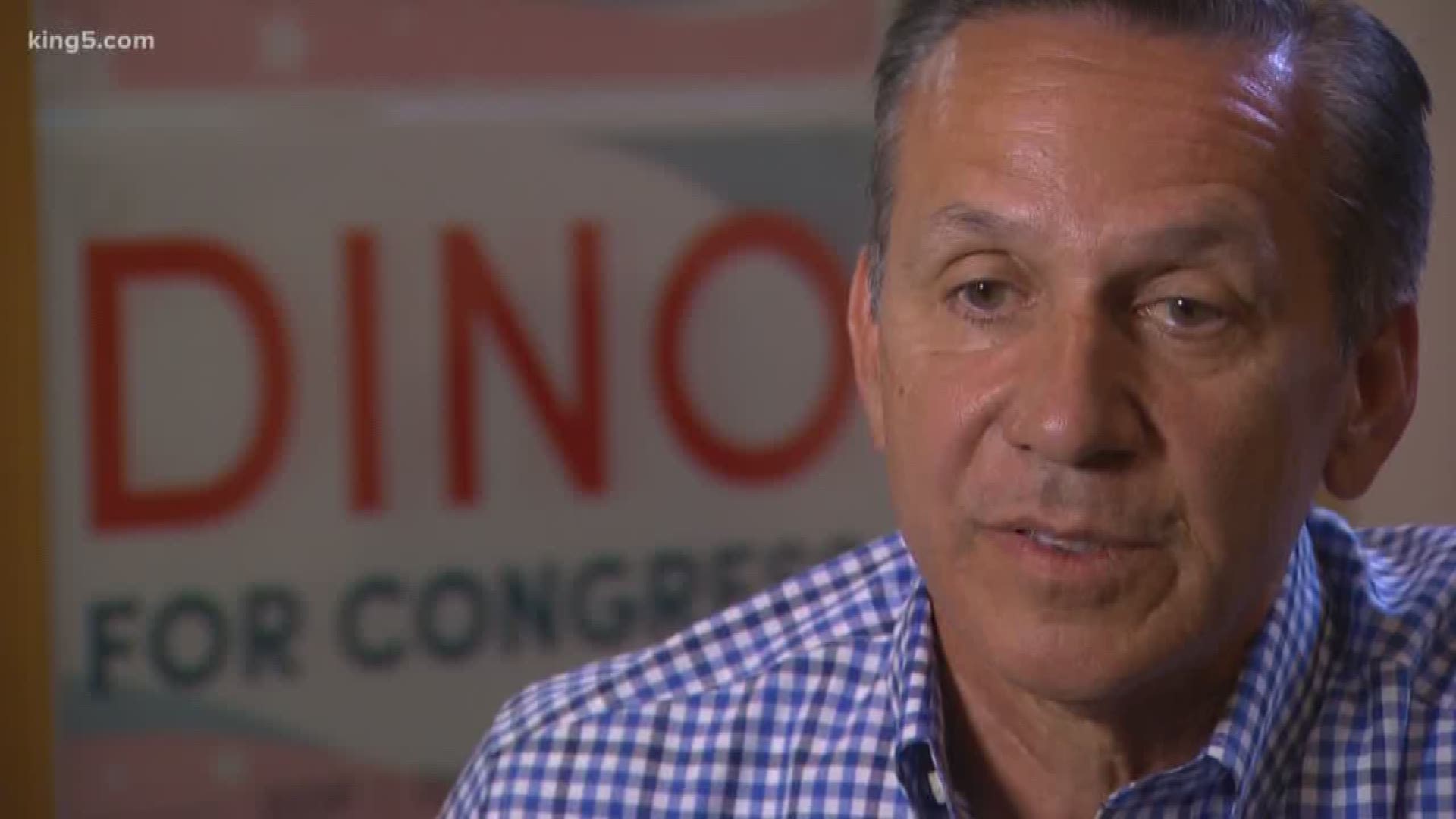 Republican Dino Rossi’s seventh political campaign is taking him back through the neighborhoods of his first. He’s running to replace retiring Congressman Dave Reichert in what will be a fierce battle this fall for the 8th Congressional District.

“You get reacquainted with a lot of people you met maybe 20 years ago or 25 years ago,” said Rossi, while doorbelling in Sammamish. “Maybe our kids did pre-school together or they did elementary school together, or they go to church with us. It’s been a lot of fun just getting reconnected."

Rossi is a name that goes back decades in Washington politics, first when he was elected to the state Senate in 1996. However, he’s probably best known for his statewide races, including the gubernatorial bid against Christine Gregoire in 2004 that made national headlines as one of the closest elections in U.S. history. It ended with a trial, two recounts and loss for Rossi by just 129 votes.

He would go on to challenge Governor Gregoire again in 2008, then Senator Patty Murray in 2010, falling short statewide but winning the region that makes up the 8th Congressional District, which crosses the Cascades from increasingly Democratic parts of eastern King County to more conservative counties, including portions of Chelan and Kittitas.

“I gotta give you credit for staying power,” said one voter at the doors.

“I’m going to do this the old-fashioned way, the way I became your senator, which is going door to door,” Rossi told the voter. “It’s old-fashioned. It’s a lot of work. I’ve been going eight to 12 hours a day since September.”

“These are folks who have been with me for a lot of years. We’ve been through a lot of battles together,” Rossi told KING 5.

Rossi has name recognition, as well as local and national GOP support on his side, raising nearly $3 million in campaign contributions so far. However, national Democratic Political Action Committees are already spending money to oppose him and try to flip the 8th. The race is considered a target of the Democratic Congressional Campaign Committee, as one of 23 districts nationwide that went for Hillary Clinton in 2016, but re-elected a Republican to the House.

While the district has never elected a Democratic congress member, national pundits and analysts consider the 8th district a toss-up this year with the wind to the backs of Democrats this year, not Republicans.

“I don’t think it’s a blue wave, but it’s not going to be easy no matter how you look at it,” said Rossi.

Historically, the party of the incumbent president loses seats, sometimes a lot of seats, during midterm elections. Combine that with a wildcard president and a series of controversial policy moves from a zero-tolerance immigration policy at the southern border to escalating trade tensions, something particularly concerning to a trade-dependent Washington state.

“I’ve never seen anybody win a trade war before—that’s pretty clear, but in watching how the administration, how the president especially negotiates,” said Rossi. “How he negotiates, what he does. If he wants 100, he asks for 200 and gets 110 and complains about it.”

“You’re watching that process happen right now, but it’s not going to be easy,” said Rossi.

Rossi was not an early supporter of President Trump during the 2016 election season but went on to serve as a delegate for then-nominee Trump at the Republican National Convention.

“I think all in all things are moving along; it’s just a little rougher program than I think anybody thought it would be,” said Rossi of the president’s time in office so far.

He counts the GOP tax cut bill, the economy and Supreme Court appointments as wins. He gave more careful answers when responding to recent headlines on hot-button issues such as immigration.

“I don’t think we should be separating families; I don’t think that’s the right thing to do,” said Rossi. “We also need to do something about security at the southern border or you’ll be back in the same boat again.” 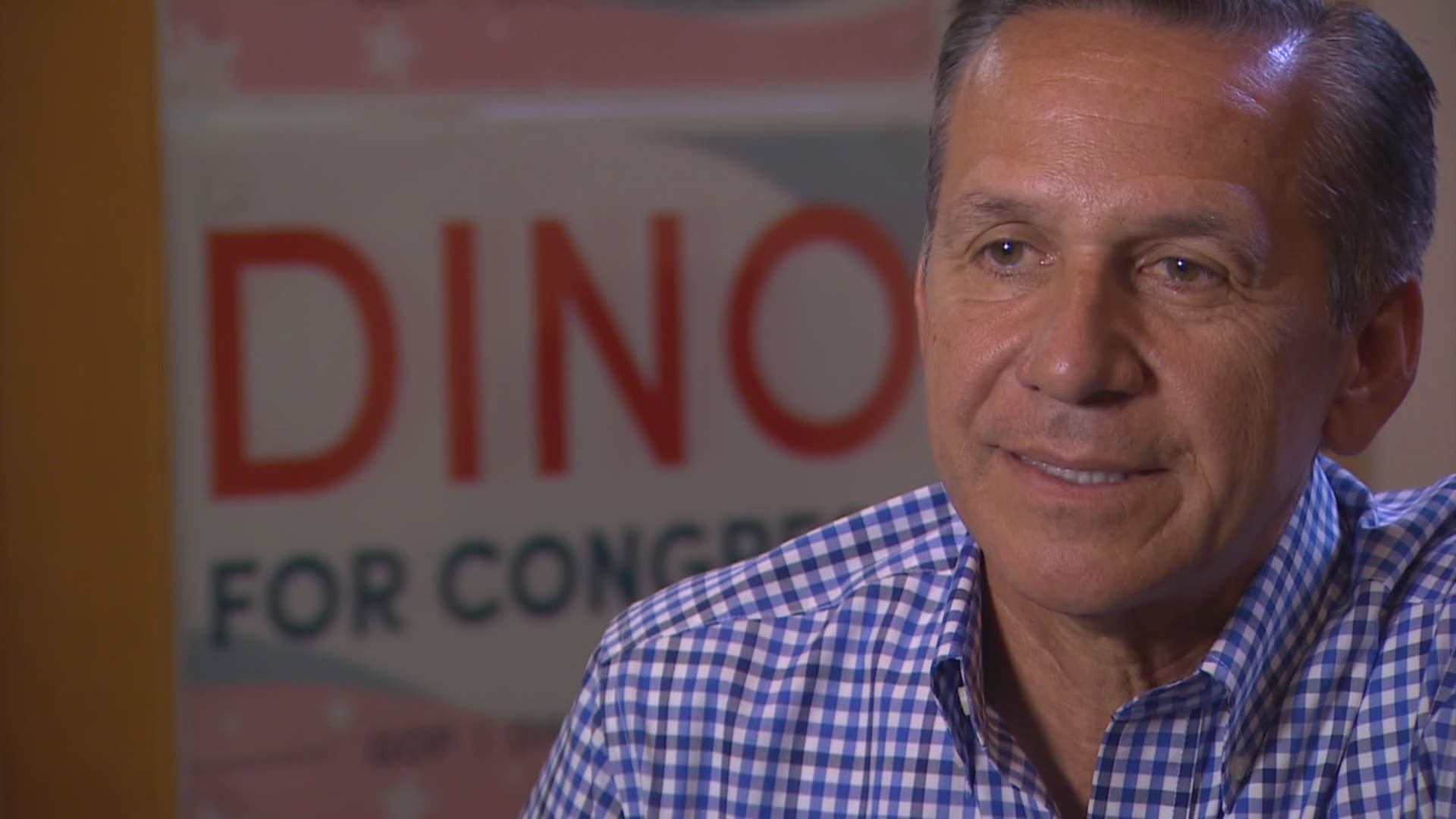 “I’ll treat President Trump exactly the way I would treat Barack Obama or George W. Bush. If I agree with them, I agree with them; if I don’t, I don’t. I’m not running to be The Apprentice,” he said.

Rossi says he isn’t seeking endorsements of national political figures including the president. Instead, he's trying to keep the race as local as possible, emphasizing his wins during his time in the state legislature.

Rossi, most recently, was appointed last year to temporarily fill the state Senate seat of the late state senator Andy Hill. He chose not to run for the position last fall; instead, the seat was won by Democrat Manka Dhingra, a reflection of changing demographics on the east side of King County.

But when it comes to the 8th Congressional District, Rossi argues he’s on home turf with neighbors who know him.

“Getting ready for the big run?” asked one voter.

“It’s been going very well,” Rossi answered. “I’m very blessed. People have been coming out of the woodwork to help.”

“Can I get a picture with ya?” the voter asked.

The first test of support for all candidates in the race will be the August 7 top-two primary. As the sole Republican front-runner, he’s expected to easily make it through the primary, given the demographics of the district. Three Democratic candidates are competing against each other for the second spot. 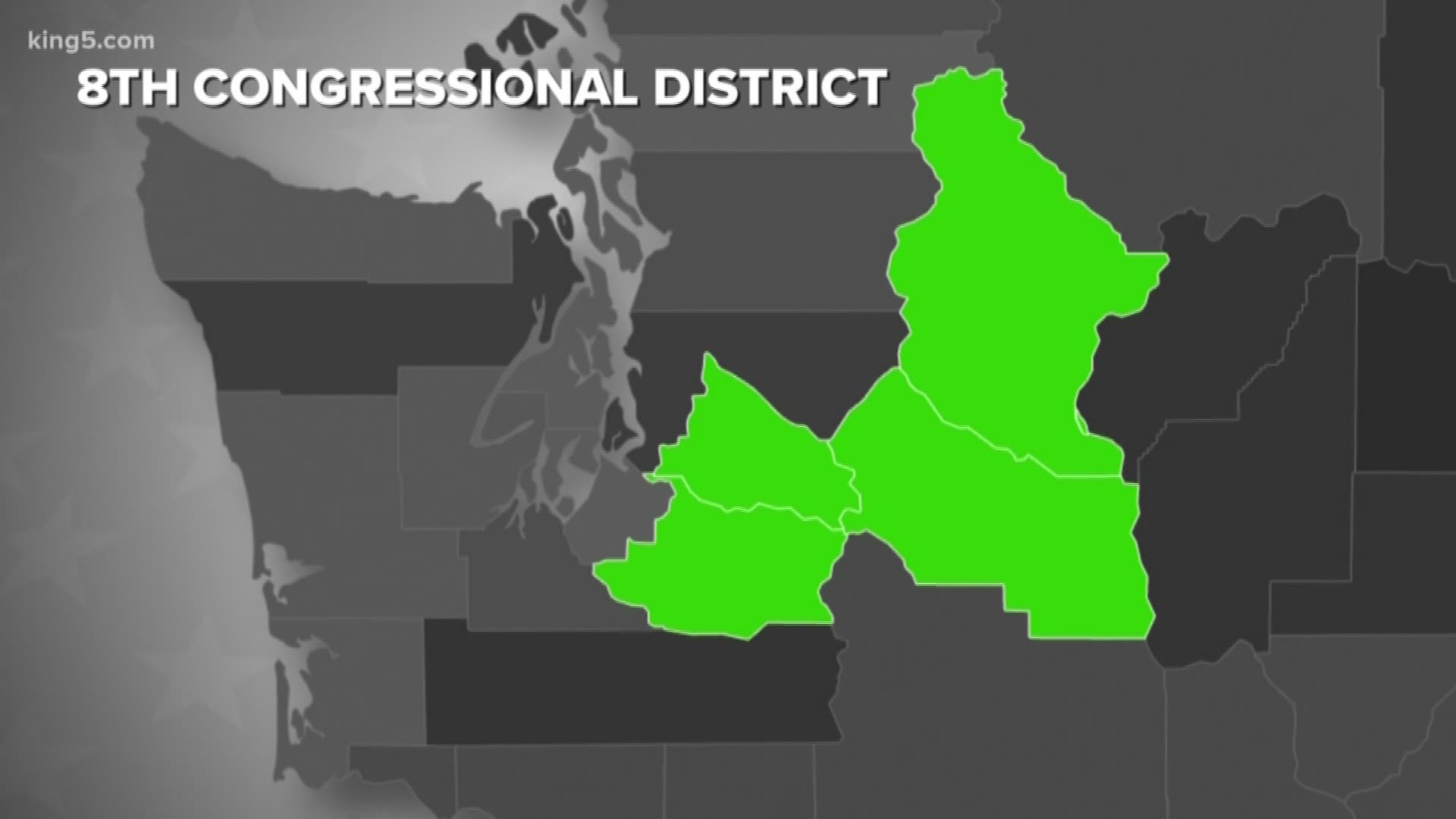 “This is ground zero for me,” said Rossi. “I know the other side thinks it’s theirs, but I beg to differ.”

Note the interview was conducted before the Helsinki Summit. Rossi has since released the following statement:

"Vladimir Putin should not be trusted, and Dino is glad the President clarified that he believes U.S. intelligence reports on Russian election interference. We should find out what they and any other foreign country have attempted to do to interfere in our elections, hold any who illegally colluded with foreign governments accountable, and prevent it from occurring again."