Central Washington voters were split on their support for Republican Dino Rossi or Democrat Kim Schrier after the only 8th Congressional District debate Wednesday. 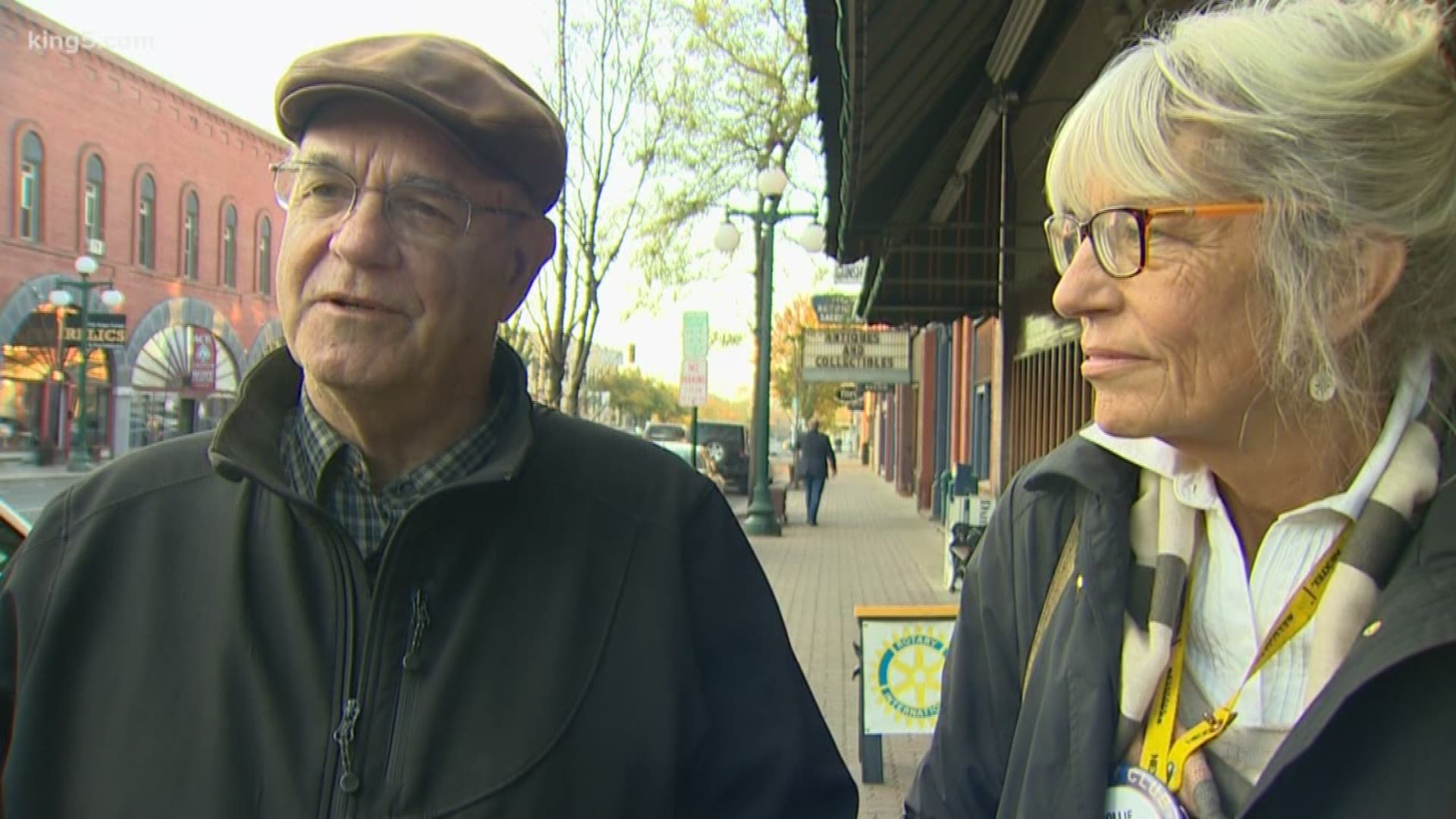 Like in many parts of Washington’s 8th Congressional District, voters in Ellensburg are split down the middle in their support of Republican Dino Rossi and Democrat Kim Schrier.

Kittitas County was chosen as the venue for the first and only debate in the race. Supporters of both candidates packed Central Washington University's McConnell Hall Wednesday night to hear the candidates clash over issues from health care to immigration.

“I've never seen her quite so forceful, and she seemed very confident about what she was talking about,” said Mollie Edson, a supporter of Schrier.

Schrier, an Issaquah pediatrician and first-time candidate, played to the Democratic base Tuesday night, attacking Rossi for supporting the Trump administration's tax cuts and efforts to repeal and replace the Affordable Care Act.

Rossi, meanwhile, played up his experience as a former state lawmaker with deep roots in Washington politics.

“Having the advantage of having written a budget for the caucus, for the Republican caucus in Olympia, is going to make a big difference for him back there,” said Sandy Elliot, a Rossi supporter. 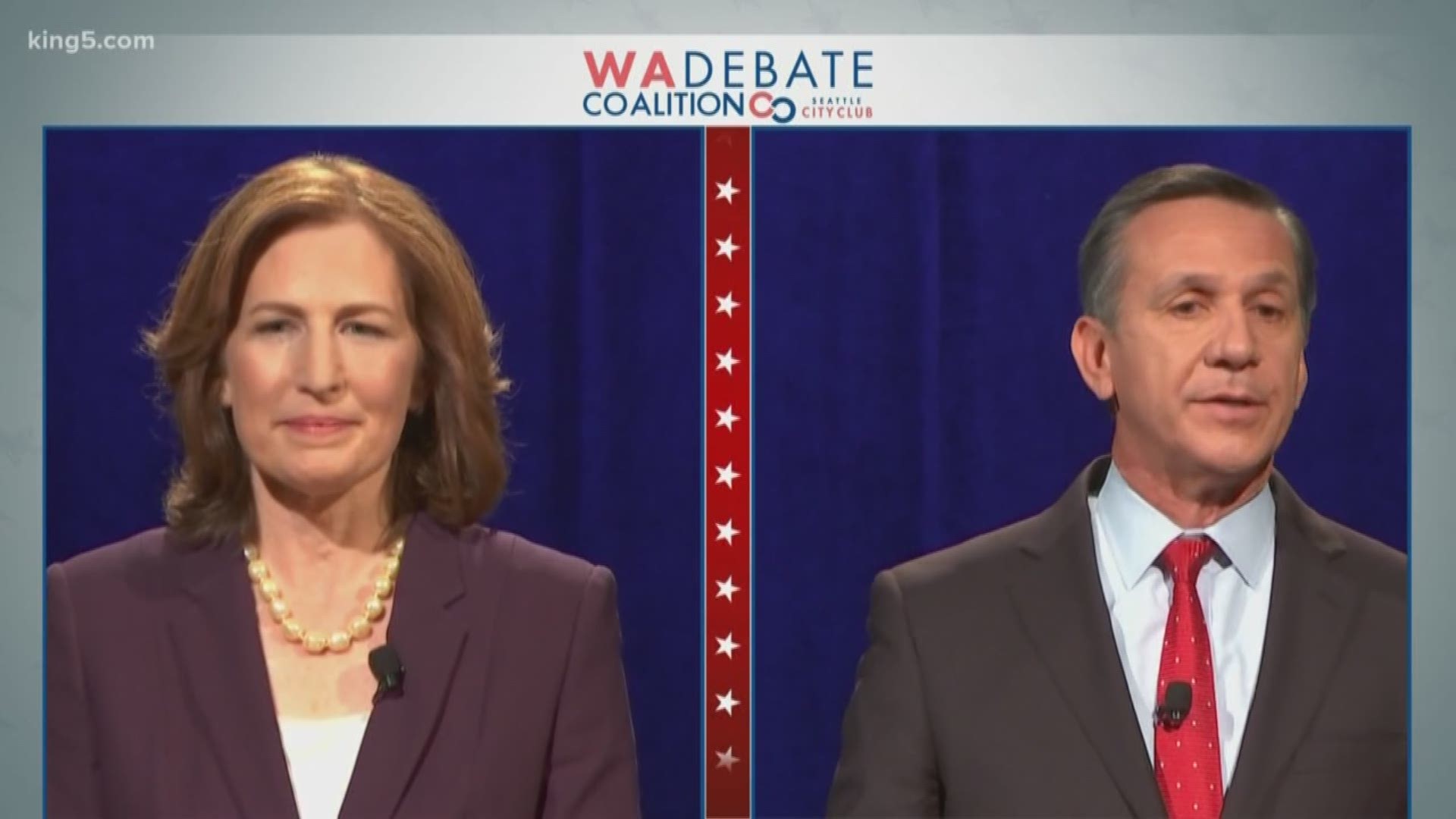 The candidates' debate performances seemed to cement support among those whose minds are already made up. Ellensburg, like many places, appears to be a tale of two cities when it comes to opinions on party in power and the President.

“There's a lot of disappointment with the Trump administration and broken promises,” said Bob Rapp, who believes that will give Schrier an edge.

“He has delivered on everything he said, every reason we elected that man, he has delivered,” said Elliot. “I have got to say, I have been so impressed.”

From Main Street to just outside the city center where the political divide is proudly displayed through signs posted on neighboring barns, the issues that voters care about are both unique to Central Washington, but also universal across the 8th District.

“The biggest issues are just the issues that are true with everybody, so clean water, clean air, people safe, good schools having a good life,” said Rapp.

“From the Republican side, gun control is a big issue here. That is something the entire county is keeping an eye on,” said County Commissioner Cory Wright.

“We have virtually no unemployment,” said Pfeifer of the current economy.

However for Don Solberg, a retired physician, it’s all about health care.

“I'm kind of a middle of the road person and vote both ways frequently, but in my heart on this issue alone, there's a huge differentiation between the two candidates,” Solberg said.

Supporters of Schrier believe they have a chance to flip the 8th from red to blue for the first time in the district's history.

“I think people are ready to see a change in Washington D.C., and we have the opportunity to be one of those districts to do that,” said Edson.

However, Republicans in Kittitas say not so fast. Party leaders say they’re working hard to contact voters through door belling and phone banking.

“I think Dino has a stronger challenger than Dave Reichert ever had. I am thinking that's going to be mobilize people,” said Pfeifer, who believes turnout will make or break the race.

Right now the outcome of the race is anyone's guess in what’s become one of the most competitive Congressional races in the country.

“I think this is likely to be a very, very close race,” said Solberg.