After more than 40 years of public service at the state and federal level, Rep. Denny Heck says he will retire. 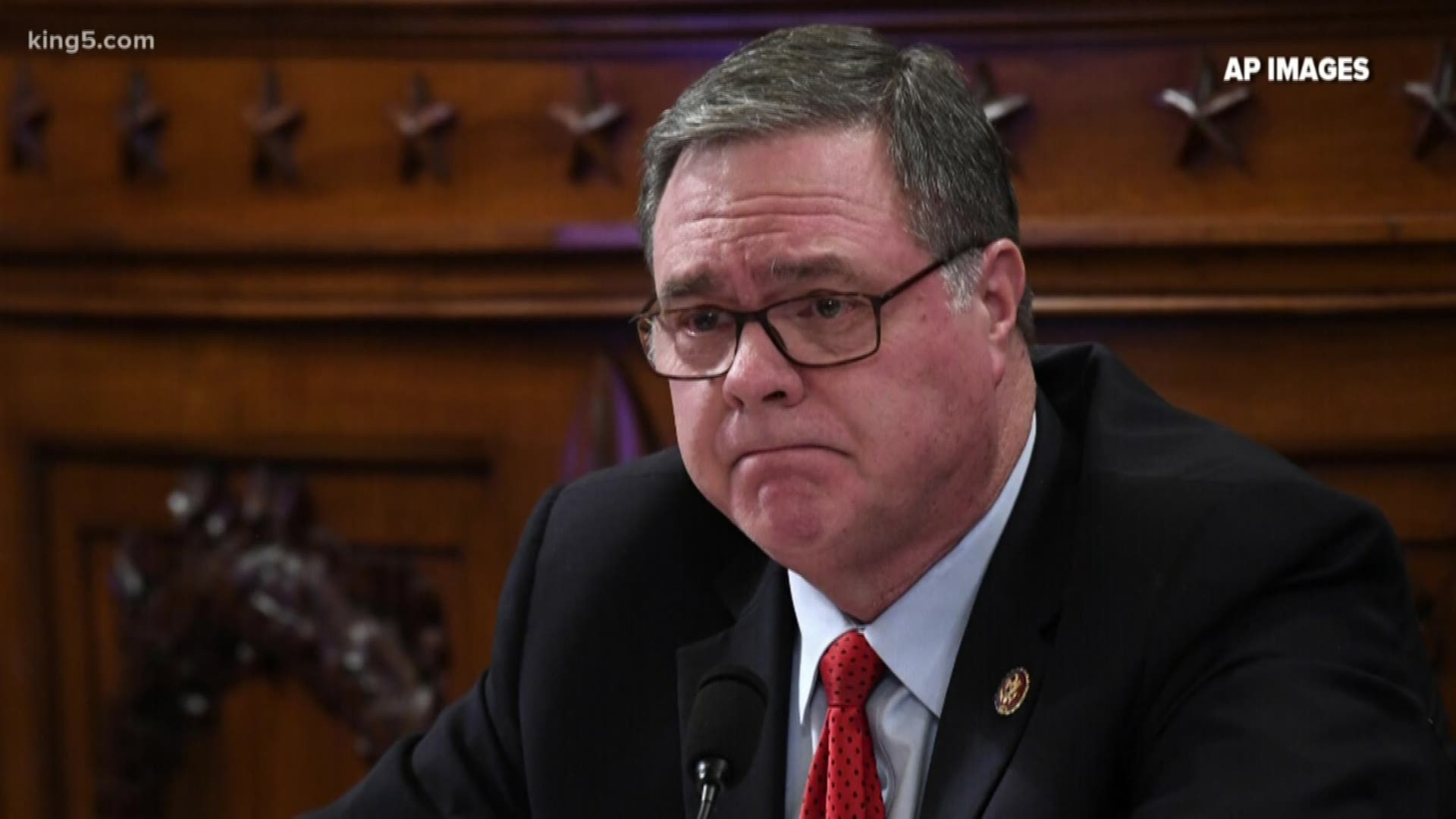 Washington Congressman Denny Heck announced Wednesday he will retire at the end of the 116th Congress in January 2021.

Heck, a Democrat who represents parts of Pierce, Thurston, and Mason counties in Washington’s 10th congressional district, was elected in 2012. He would have been up for re-election next year.

Heck thanked supporters and outlined reasons for his retirement in a letter addressed to friends.

In the letter, Heck said the work has taken a toll on him personally and professionally. He wrote it “can be lonely” to be away from his wife Paula.

“At our age, however many “good years” we have left together is not a growing number,” Heck wrote.

Heck acknowledged that “part of him is discouraged” with the job. The time spent on the investigation into Russian interference in the 2016 election and the impeachment inquiry made his “soul weary.”

“I will never understand how some of my colleagues, in many ways good people, could ignore or deny the President’s unrelenting attack on a free press, his vicious character assassination of anyone who disagreed with him, and his demonstrably very distant relationship with the truth,” Heck wrote.

However, Heck said he felt “bone-deep gratitude” for serving in Congress and for his family, staff, and voters.

Washington State Democrats Chair Tina Podlodowski said in a statement the state owes a "debt of gratitude" to Heck's service.

"I've long considered Denny a close friend, and the House will miss his dogged determination to deliver results for the people of his district and our state," Podlodowski said.

Heck’s retirement caps off decades in politics at the state and federal level. Heck served five terms in the Washington State House in the 1970s and 1980s before serving as Governor Booth Gardner’s chief of staff. Heck then co-founded TVW, the statewide public affairs network, and served as CEO until 2003.

While in Congress, Heck was appointed to the House Permanent Select Committee on Intelligence, which led both the investigation into Russian election interference and the impeachment inquiry.

“After more than 40 years of intermittent public service, know this: I got more out of it than I gave it, and I gave it all I had,” Heck wrote.