It is a decision that is being watched carefully not only in Whatcom County, but in places like Port Angeles and Seattle. 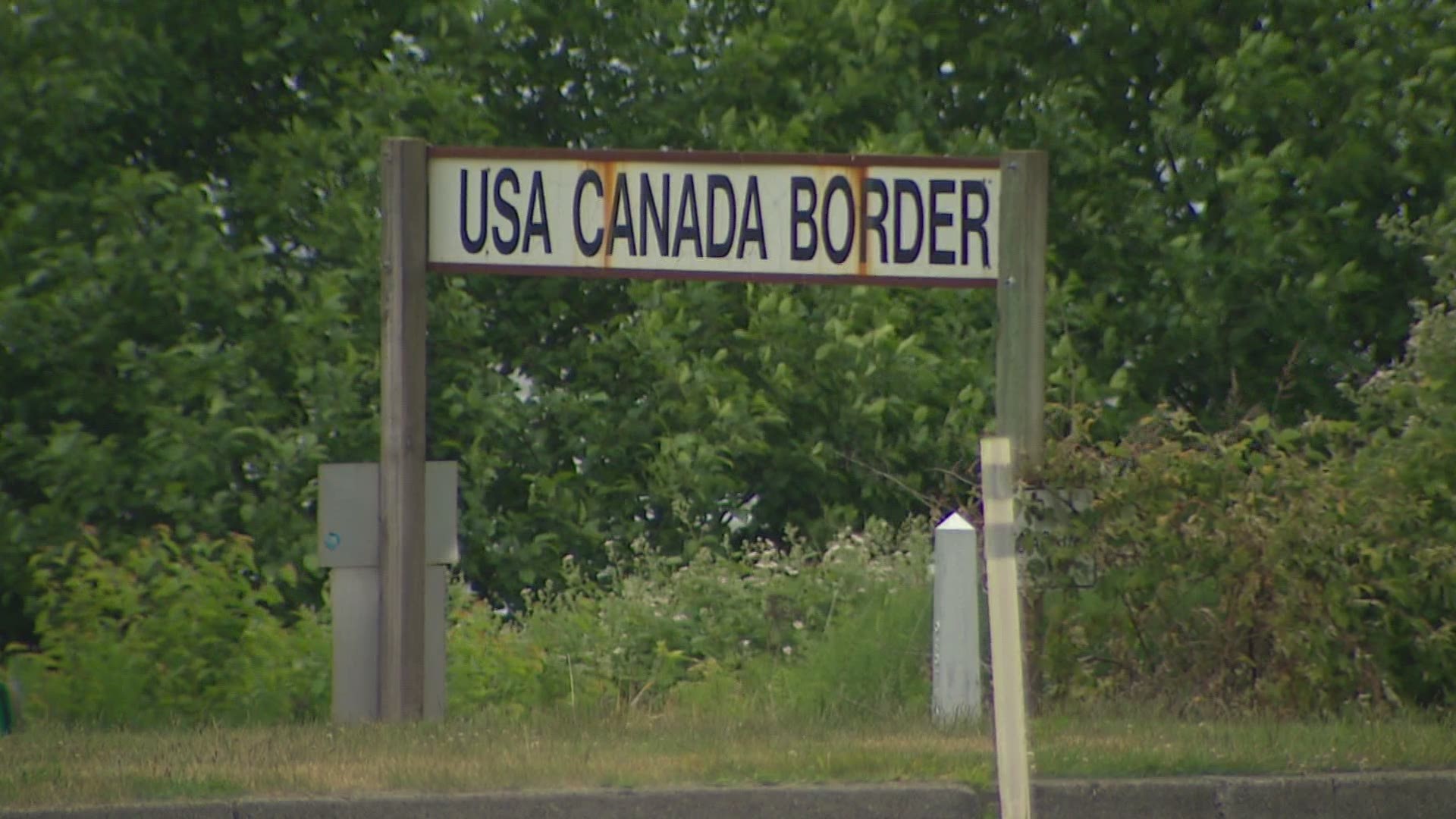 BLAINE, Wash. — U.S. and Canadian officials met Tuesday about a potential reopening of the border.

It's another sign that both countries are discussing the how, and when, they will end the ban on non-essential travel soon.

It is a decision that is being watched carefully not only in Whatcom County, but in places like Port Angeles and Seattle.

A spokesperson for the M.V. Coho of the Black Ball Ferry Line said the ship has been doing test runs every few weeks in preparation of resuming service between Port Angeles and Victoria, but that it would need at least two weeks to build up staff and properly train for making the trip.

Clipper Vacations CEO David Gudgel said the Victoria run accounts of 90% of business, but "the crews need to get recertified, trained, and there is some staffing to do."

"We've been hanging on every word, it's vital to our business," Gudgel said.

Gudgel said the goal is to be up and running the Seattle to Victoria route in 21 days, if the governments allow.

But, by all indications, how the border may reopen is clear as mud. The White House has dropped hints about a relaxing of rules at the border, but Canada has been more reluctant to suggest how it may work.

The current agreement to limit non-essential travel expires on June 21.

"I would be stunned if June 22 the border swings open," said Victoria-based journalist Richard Zussman, who works for Canada's Global TV. "It's eerie, you know, the lawns of the Legislature are quiet. The fact that the Clipper, the ferry that runs from Victoria to Seattle is not there, they're actually using that parking lot right now as a film set."

Zussman covers provincial and parliamentary politics and believes Trudeau will offer some sort of announcement by the end of the week.

"Our Premier (John Horgan) will be part of a meeting on Thursday alongside the Prime Minister and the other premiers where they will be discussing Canada's plan and so what I am hearing here is the expectation is that there will be a phased plan put on the table and voted on by the Premiers on Thursday and could be presented by the Prime Minister as early as Friday," Zussman said. "There was for a long time a sense that the borders would not open until the fall. Horgan said that he now expects that they will be open for recreational travel this summer. Does that mean the middle of July? Does that mean the beginning of July? Does that mean the middle of August? The beginning of August? We just don't know."

He does believe that any Canadian reopening will involve proof of double vaccination.

Gudgel said it is one the elements that will need to get sorted out before the Clipper can start taking reservations, let alone sail again, but that his organization is ready.