The Seattle City Council voted to side with Mayor Jenny Durkan on her nomination for who will lead the city’s homelessness response. 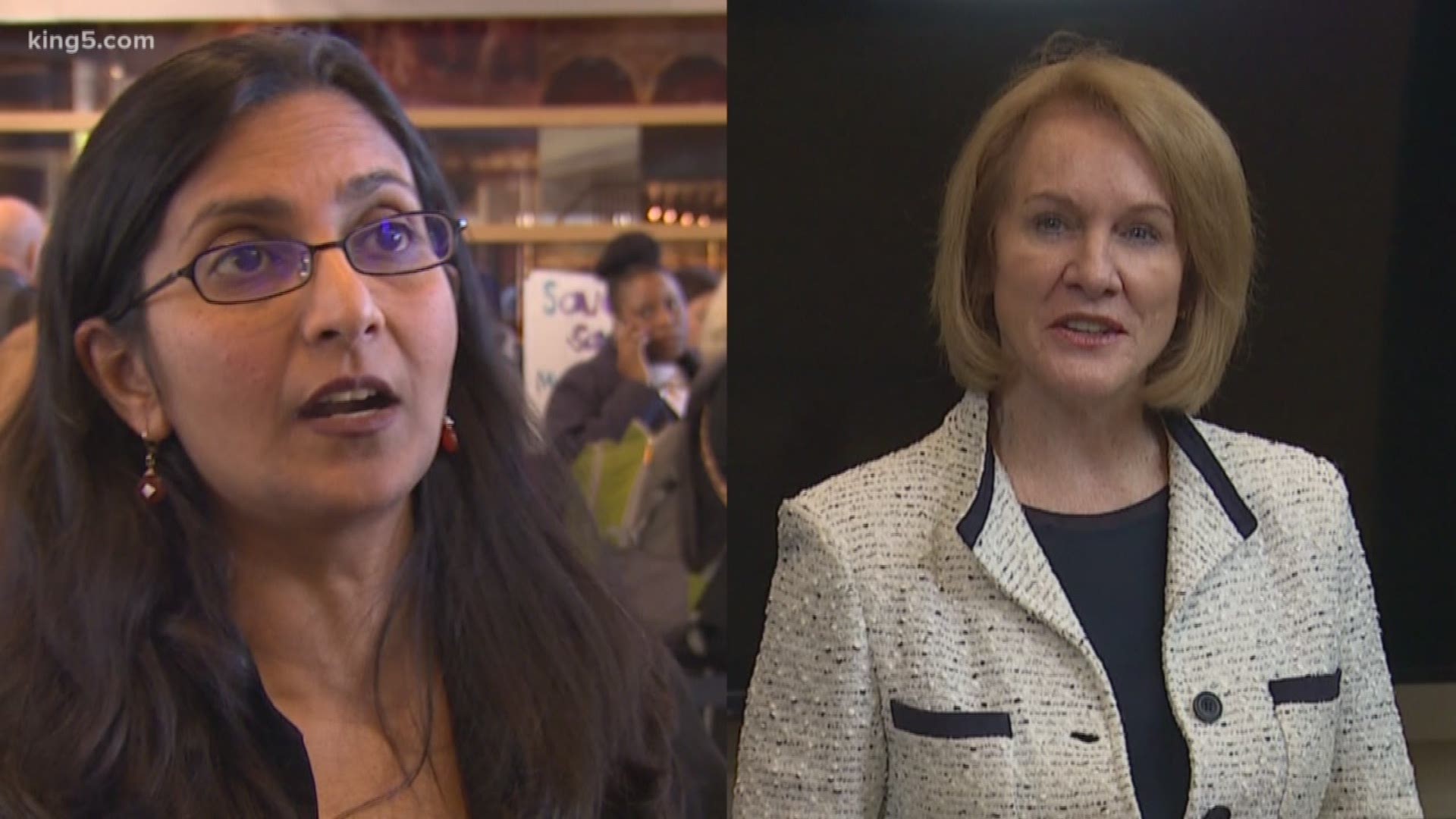 Score one for Seattle Mayor Jenny Durkan, at least for now.

On Monday, a direct conflict between Durkan and Seattle Councilmember Kshama Sawant went up for a vote. Sawant has been pushing for a delay to the nomination of Interim Human Services Director Jason Johnson, who has been serving in the role since March 2018.

Durkan nominated Johnson for the permanent role in December, but Sawant has declined to give him a hearing, arguing that the process was not transparent and there have been complaints about his leadership.

The move is rare in City Hall circles as nominees are usually at least given a face-to-face meeting with the Council. Sawant controls the Human Services committee for which Johnson already reports.

The debate comes at a time of new cash flow into the homelessness response and the generally positive review of the city's reaction during the recent snowstorms. Hundreds of people who normally don't seek assistance reached out to the city or were found by city navigation team employees.

Sawant pushed the Council, through a resolution, to delay Johnson's nomination and re-open it on Monday. Durkan's camp had argued that Sawant has slowed the process down due her propensity to cancel regularly scheduled meetings. Her human services committee that she chairs has canceled four meetings already since the start of the year, and 13 of the last 18, according to publicly available records.

While the holidays naturally eliminated a few of those meetings, there has been no other explanation from Sawant.

The Council ultimately sided with Durkan, voting 5 to 3 to reject Sawant's resolution. Sawant, along with councilmembers O'Brien and Mosqueda, voted to approve the resolution. Mosqueda also brought forward new legislation that will lead to refining the nomination process as a whole going forward.

As for what happens now with Johnson?

"I will not be bringing that appointment forward. However, there is nothing to stop the rest of the council and council president from doing that," said Sawant.

"Today, a majority of council took a positive step and rejected a resolution designed to stall and delay a vote on one of the most important leadership positions of the City. The mayor thanks councilmembers Bagshaw, Juarez, Johnson, Herbold, and González for their actions.

"Three council 'hearings' later, and we are no closer to filling this critical role. Three council 'hearings' later and council has still failed to follow its own decades-old rules and practices. It is time to schedule a confirmation hearing and vote on the nomination. Continued delay is unfair to Jason, a disservice to the City of Seattle, and wrong for Human Services Department and the many people who rely on its work. It is very unfortunate that so much time and focus over the last ten week has been diverted from the need to focus on real solutions on our homelessness and housing crisis.

"But to his credit, Jason Johnson remains focused on the work. Since last May, Jason Johnson went through one of the most exhausting and exhaustive hiring processes. He’s been ready and waiting over the last ten weeks to answer council’s questions and talk about his qualifications and experiences. As interim director, he has helped to lead a historic increase in shelter beds, increased accountability for service providers, overseen our winter weather response, expanded our Navigation Team to bring more people off the streets and into safer spaces and worked hard to continue the department’s mission of helping our city’s most vulnerable residents."