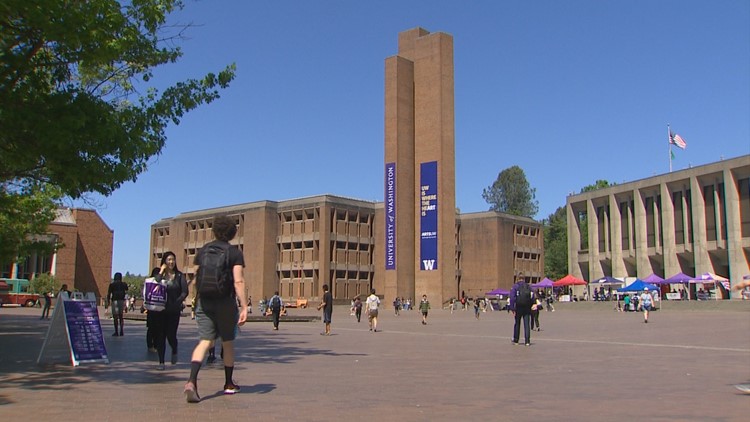 Photo by: KING
The University of Washington campus.

SEATTLE — The University of Washington College Republicans are no longer recognized as an official chapter of the national group on campus.

The Seattle Times reports the national committee asked the university to take away the group's status as a registered student organization. University spokesman Victor Balta says the UW College Republicans have the option to request to register under a new name.

The national committee chairman contacted a university administrator last week, stating that the UW College Republicans are an "illegitimate" chapter that "continues to engage in hurtful and inappropriate conduct," according to a letter posted on Facebook by the club. He said the club's charter was revoked in April 2018.

The UW College Republicans have been criticized for social media posts deemed offensive by both state Democratic and Republican leaders, for bringing contentious speakers to campus and for hosting events that have drawn brawling far-right groups.