The incredibly tight Washington state governor’s race of 2004 contained many of the elements we’re already seeing expressed in the presidential race of 2020. 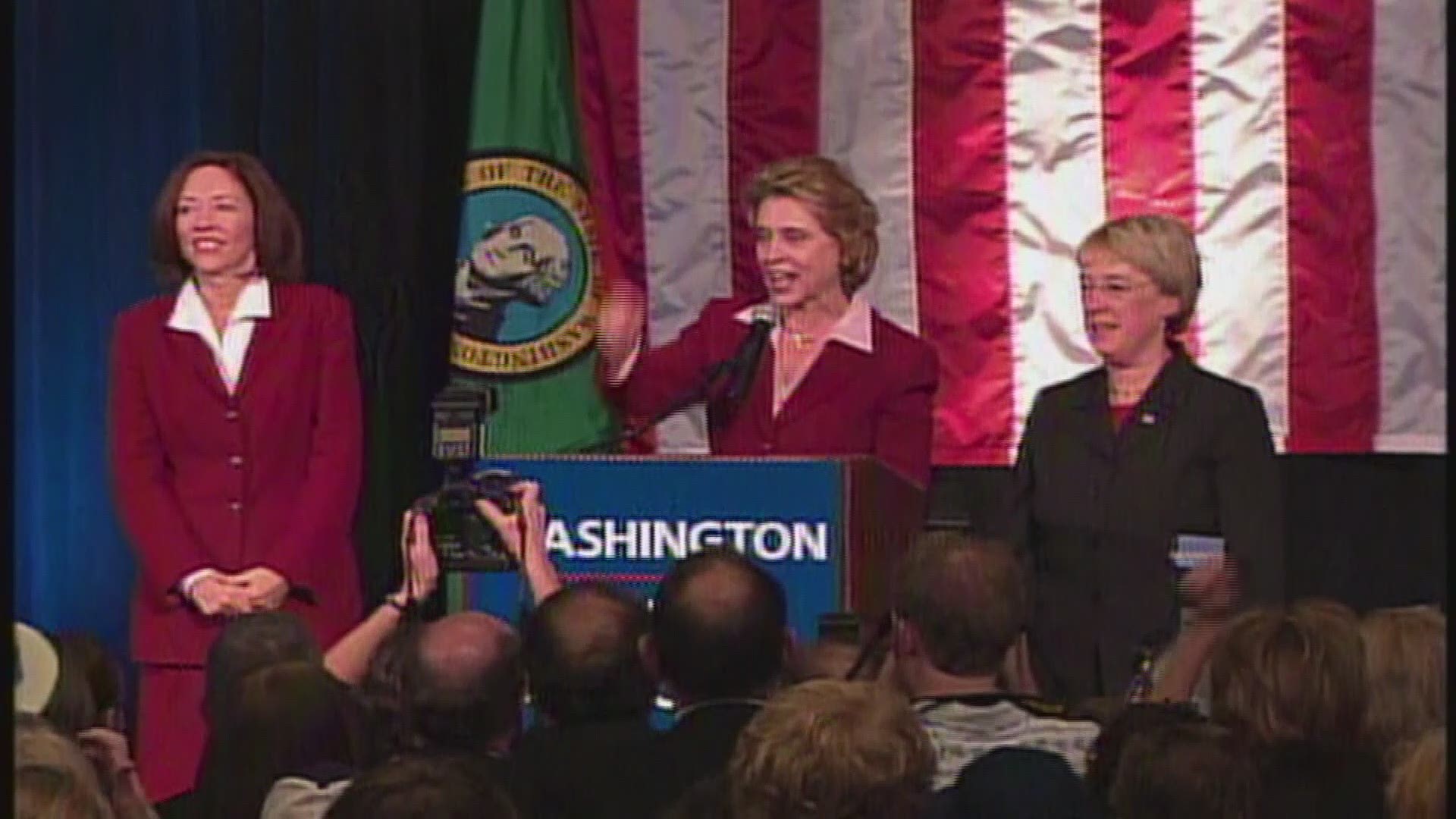 OLYMPIA, Wash — The incredibly tight Washington state governor’s race of 2004 contained many of the elements we’re already seeing expressed in the presidential race of 2020.

Washington then, as much of the nation now, was moving to mail-in voting. Washington has been all mail since 2011, but in 2004, it was a hybrid of in-person voting and absentee voting. There were charges of fraud, felons who voted who had not had their rights restored and even calls for a re-vote.

Between Election Day on Nov. 2, 2004, and the Inauguration of Democrat Christine Gregoire as Governor on Jan. 12, there were three recounts which turned what seemed like a narrow victory for Republican Dino Rossi into an apparent victory for Gregoire.

But the Republicans were not done. They were going to challenge the results in court in what on the face of it seemed like a sympathetic venue -- Chelan County that voted heavily for Rossi. A decision could see Gregoire removed from office.

RELATED: Washington's 2004 race between Gregoire and Rossi: the closest governor's race in US history

“They went purposefully to Chelan County,” said Jenny Durkan. Durkan, now Seattle’s mayor, was the lawyer for the Gregoire campaign in 2005.

“They thought that this would give them a leg up because they thought it was a red county,” said Durkan, who also said she was confident of victory even in that venue.

“We never tried to make the case that Dino Rossi got more votes than Christine Gregoire,” said Chris Vance, then head of Washington’s Republican party. “Our case was, ‘your honor, this thing was such a mess that nobody knows who won. Let’s have a do-over.’”

In fact, Rossi supporters were armed with signs and arguments that a re-vote should have happened.

The case wouldn’t be decided until early June when Chelan County Superior Court Judge John Bridges declared that the Republican challenge had failed and that Christine Gregoire had won by 129 votes.

The judge acknowledged that more than 1,600 votes had been cast illegally, but in only five cases did those ballots say which gubernatorial candidate they voted four, and in four of those the vote was for Rossi.

Rossi and the Republicans decided against appealing to the Washington Supreme Court, Rossi graciously conceding the race. Besides, Judge Bridges concluded a revote wasn’t possible under state law.

But Vance, who has left the Republic party, largely over Donald Trump, has concerns about the national scene going forward.

“When you got a race that is super close, it ends up in the courtroom,” he said. “And God forbid that doesn’t happen next week.”

University of Washington political science professor Mark Smith said of the national race, “I think you could see that in an election where there was one decisive state. Where you flip that state you flip the election. We haven’t had that since 2000.”

In the 2000 presidential election, the hand recount of punch ballot cards, which had canvassing boards in Florida reviewing what constituted a clean vote vs. a “hanging chad” gave a 537 popular vote edge to Republican George W. Bush and all of the state’s then 25 electoral votes.

After a fight before the U.S. Supreme Court, Bush was declared the winner by a mere single electoral vote of 271. It takes 270 electoral votes to win.