Protesters couldn't slow down plans to replace the Hahn building with a 14-story tower. 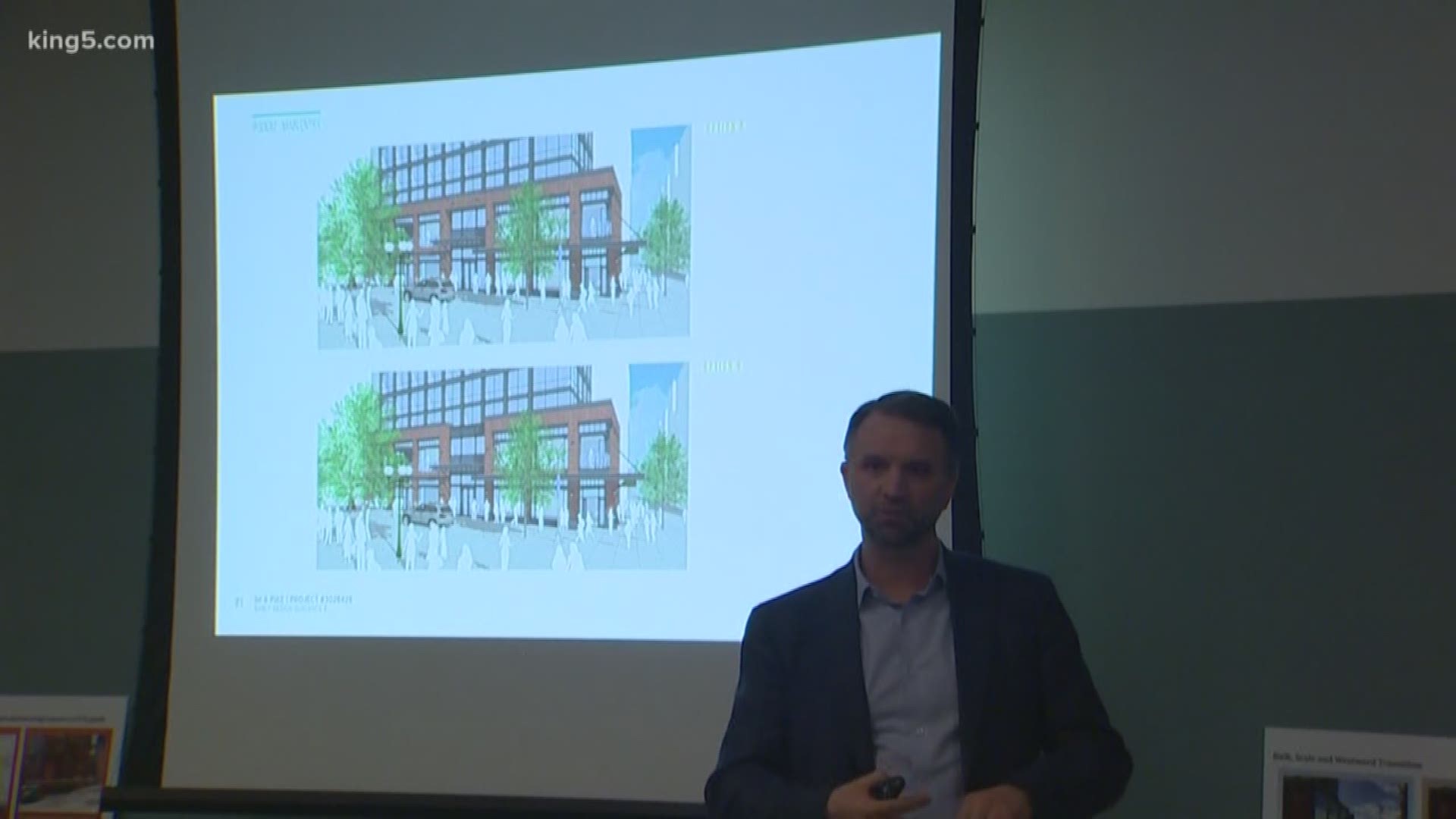 Seattle's Design Review Board approved the next phase of a controversial hotel plan Tuesday evening at Seattle City Hall.

The group, Save The Market Entrance, says the board will move forward to the recommendation phase.

Seattle’s Pike Place Market draws up to 10 million people annually but those who call it home are pushing back against change.

Seattleites who want to save the Historic Hahn building, on the corner of 1st Avenue and Pike Street, from plans to demolish it, have already gathered more than 14,000 signatures on a petition.

The Kirkland-based Marketview Place Associates LLC is seeking permits from the City of Seattle to demolish the 19th century, three-story brick building. They hope to replace it with a 14-story tower with retail stores, hotel rooms, and residences.

The historic Hahn building was constructed in 1897 with just one story. Now three stories, it houses Seattle Coffee Works, and upstairs, the Green Tortoise Hostel. The building is the tallest of the four corners to the entrance of the market.

A grassroots organization dedicated to preserving the market argues that the proposed tower would change the symmetry of the iconic entrance to Pike Place Market. They also say that it would displace affordable housing provided by the hostel and would increase traffic and congestion at the intersection due to the building's plans to include no parking.

Some think the building owner didn't argue hard enough for landmark status for the building on purpose so it would be denied and he could move forward with development plans.