Candidates for Snohomish County Sheriff have differing views on policing

The vote comes down to a traditional law and order candidate and a sheriff trying to find new ways to solve persistent problems. 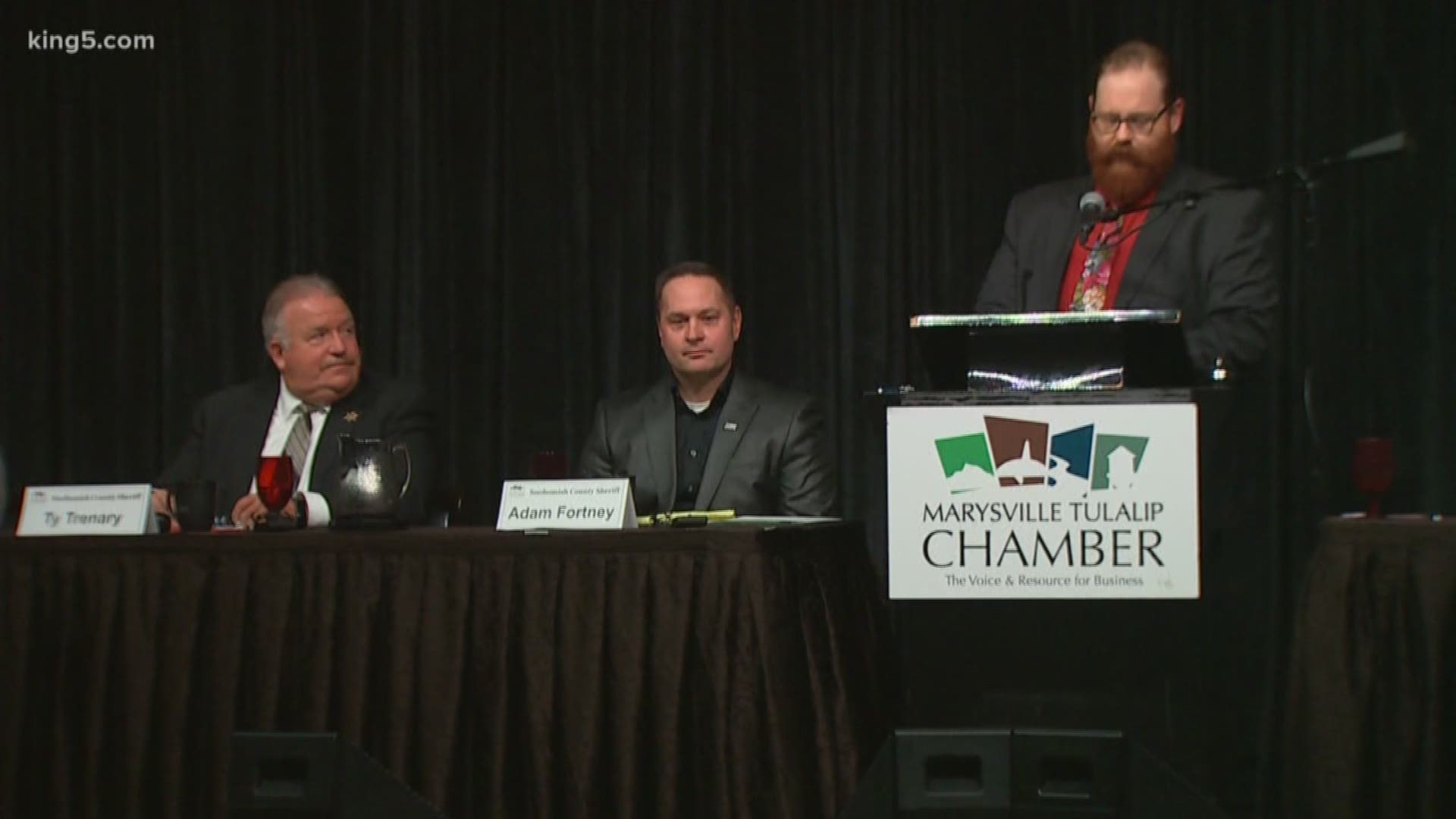 MARYSVILLE, Wash — Sergeant Adam Fortney, and his boss, Sheriff Ty Trenary, are both running for sheriff in Snohomosh County, and the two have different philosophies when it comes to combating the county's crime and addiction epidemic.

Trenary pioneered a now widely used program that embeds social workers with deputies, helping break the chain of addiction, and getting those people off the streets.

"We just had 35 people this week get jobs at Amazon who had been part of our program who, but for what we are doing, would still be in our jail," said Trenary.

To Fortney, however, the system is too soft.

In a candidates forum presented Friday by the Marysville Tulalip Chamber, he derided the sheriff's decision to stop booking non-violent misdemeanor offenders, like car prowlers, into the jail if they're high on heroin.

"The role of the Snohomish County Sheriff's Office, under my watch, would be to get back to basics," said the 23-year veteran. "There will be no more free passes."

Trenary argued he made that decision to keep inmates safe after a spate of deaths and costly lawsuits at the jail, saying traditional policing no longer works.

"What we've learned the hard way is when we focus on what's creating the issue and get that person help, which is slow and painful, we get them out of the stream of criminal justice and we get them healthy again," Trenary said.

RELATED: More than 200 people died in Washington jails in a decade

Ultimately, the vote comes down to a traditional law and order candidate in Fortney and a sheriff trying to find new ways to solve persistent problems in Trenary.

Both must answer the same question, however, a question posed to voters by the challenger himself.

"As you drive around Snohomish County, in terms of public safety, are you better off today than you were four years ago?" Fortney asked.