Bloomberg and Durkan stump together on gun safety, environment 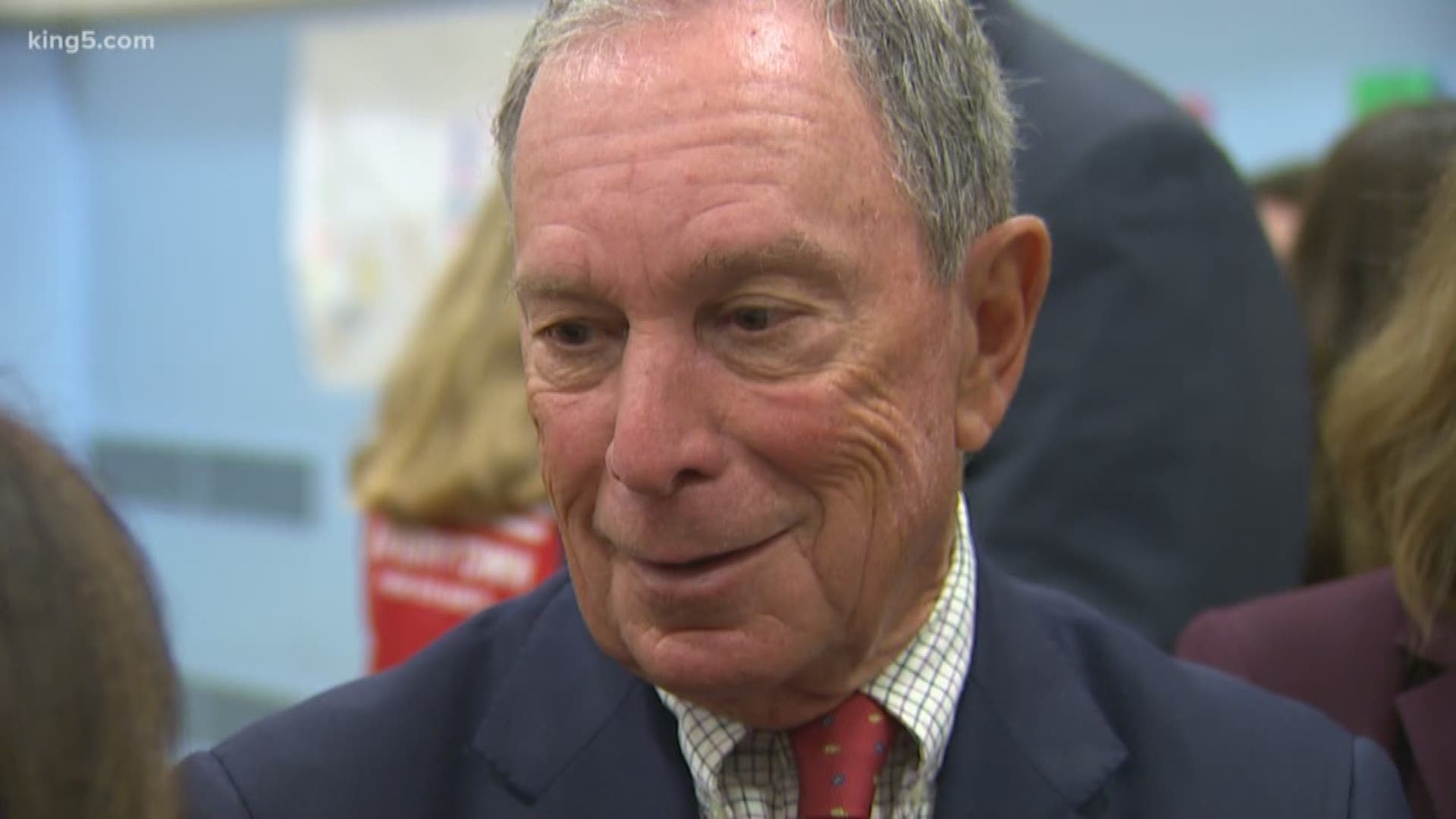 Mayor Michael Bloomberg appeared in Seattle on Friday with Mayor Jenny Durkan, speaking out on climate change and gun control.

The two talked about their burgeoning friendship, and his possible 2020 run for the White House as a Democrat, as reported Friday by several media outlets.

When asked if he was planning to run, Bloomberg said he was focused on other short-term political goals.

"I'm focusing on trying to change the House from Republican to Democrat, so we'll have somebody who will make a more balanced form of government," said the former New York City mayor. "And after that, we'll see."

Durkan and Bloomberg took a bus ride and a short walk before speaking at a press conference on the environment. The billionaire media mogul gave Seattle a $2.5 million award for the city's fight against climate change.

The two of them repeated the individual impact cities can have on a national landscape.

"The mayors I talked to realized if we don't have the leadership at the city level, it won't happen," Durkan said.

The two mayors met at a Bloomberg networking event in New York, had dinner together, and realized their shared interests.

"We started talking and I saw her at the climate thing, we became friendly," Bloomberg said.

Their second appearance was with Moms Demand Action. Bloomberg, who ran as a Republican, believes gun safety should not be a partisan issue.

"We all think the NRA is the be all end all and no one is willing to take them on, and this is totally a partisan issue, and no Republicans are willing to stand up, but that's not true," Bloomberg said. "There are some, and we should support those that do the right thing."

When asked about his possible run for president, Durkan gave what sounded like an endorsement.

"I think he's the voice we need to first get the Congress we need, and but then to make sure as we move to an election, we have the right candidate for president," Durkan said.