Under one of the measures, people can pre-register to vote starting at age 16. 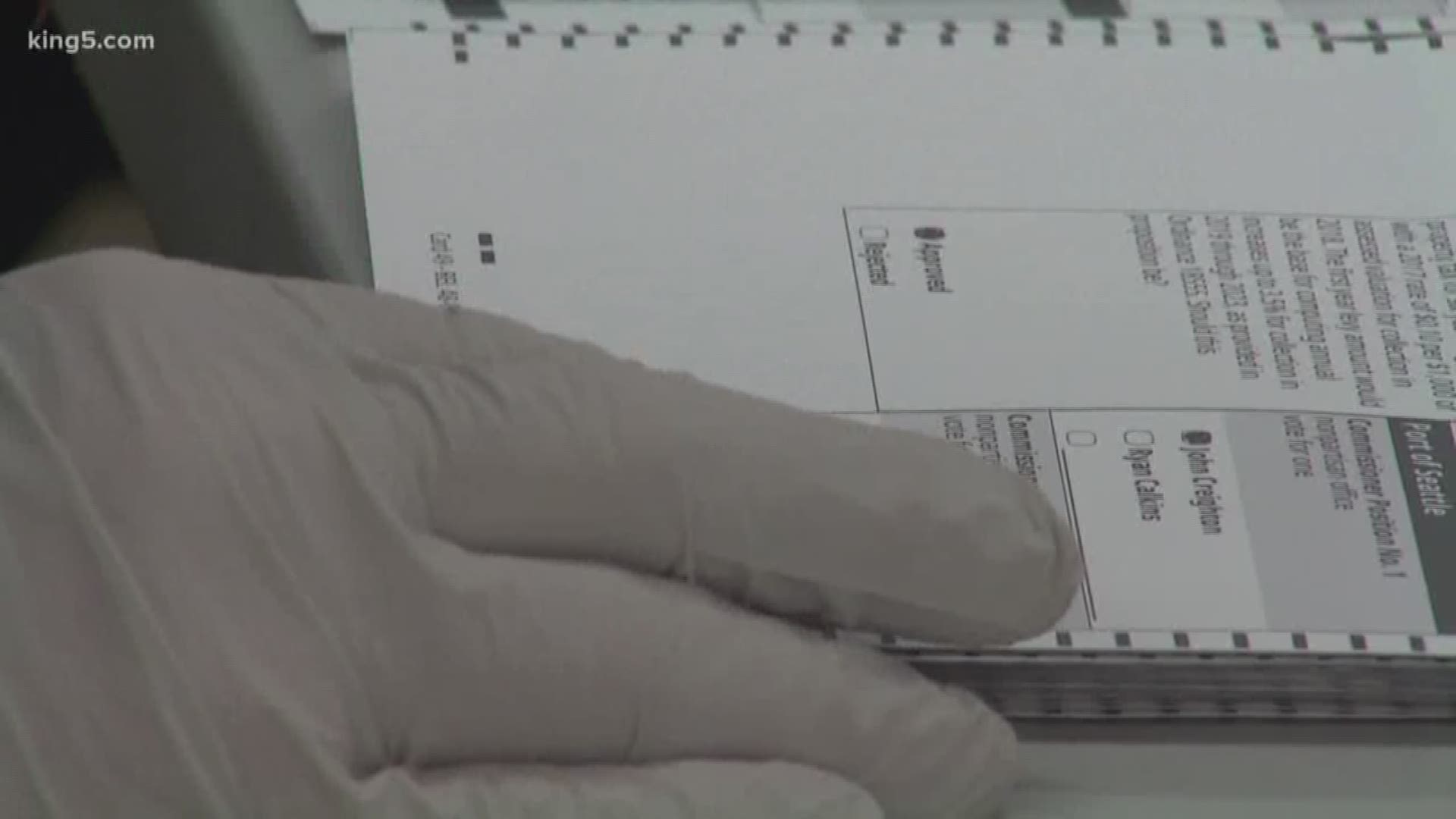 “You can think of them as the four horsemen of democracy,” Inslee told an auditorium of students at Foster High School in Tukwila where the signing ceremony was held.

One of the bills would expand pre-registering of teens, allowing 16 and 17-year-olds to sign up so they’re in the system when they turn 18 and can legally vote. Twelve other states and the District of Columbia currently allow pre-registration starting at 16.

“I think it will make a difference,” said senior Kobe Promvongsa who plans to vote for the first time in August during the primary election.

“I want to see people who represent me, who have the same interests as me, who want to better me and my community," Promvongsa continued.

A third bill will expand voter registration, starting in 2018, even allowing same day registration in person the night of elections, up until 8:00 p.m.

The Washington Voting Rights Act also passed this session, after stalling in the state legislature in past years. The legislation aims to increase minority representation by giving communities greater leverage, or the possibility of court challenges, if they want to transition from at-large to district elections.

"I have seen our schools and communities grow more diverse, but the makeup of elected bodies that represent us have not kept pace," said Ubah Aden, a speaker at the bill signing, who immigrated to Washington from Somalia.

Seattle and Yakima are examples of cities where city council members are elected by smaller districts, allowing individual communities to have a greater voice in who they choose to represent them.

The final bill of the series expands campaign finance disclosure requirements by nonprofit organizations that are not defined as political committees.

While the package of legislation was considered a top priority this past session for Democratic lawmakers who currently hold a slim majority in Olympia, Republican Secretary of State Kim Wyman also calls the bills "a positive step forward."

"Your vote is actually really powerful," she told students on Monday. "Your vote does matter."

Wyman says her office will spend the rest of this year gearing up for implementation of the expanded registration in 2019.

"Not only do we want to have this unprecedented access which we're very excited about, we also have to build security on the other side," said Wyman. "We'll be working with our colleagues across the country to learn from their hard lessons and try to make sure our roll out is good for each one of these bills."

Inslee said Washington becomes second only to California to have all three registration related bills on the books, along with the Voting Rights Act. Various other states have individual measures already in place. For instance, Oregon passed automatic voter registration system in 2015.

“We know that this is an important bipartisan process that can lift registration and thus lift participation,” said Natalie Tennant, former Secretary of State from West Virginia who now works with the Brennan Center for Justice at NYU School of Law to advocate for increasing voter participation.

“This says a lot about the forward-thinking of Washington state," Tennant said of the package of bills. “People deserve to have their right to vote and they deserve to get registered to vote in an accessible, streamlined manner."