Bill designed to help Washington distilleries could hurt businesses instead

A bill to help distilleries in Washington could backfire due to an effort to keep alcohol away from children. 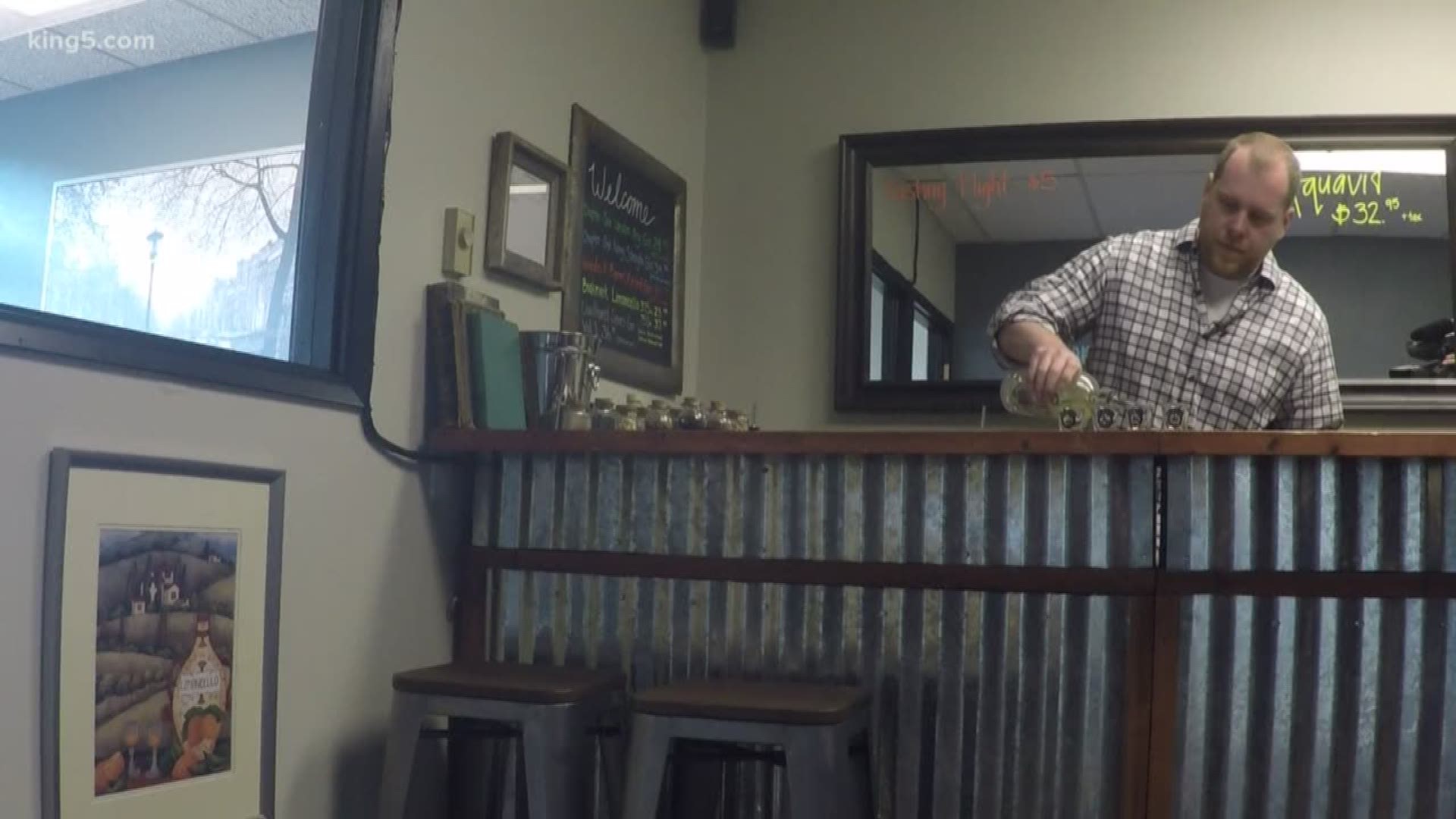 A bill designed to help Washington’s craft distillers is working its way through Olympia. Senate Bill 5549, sponsored by Sen. Marko Liias, would allow distillers to mix mini cocktails on-site allowing customers a better sense of what the spirit tastes like.

Distillers would also be able to open two tasting rooms off premises, giving them better exposure than the industrial parks many of the businesses are limited to right now.

"We don't get much foot traffic here in this business park," said AJ Temple of Temple Distilling. "If that law were to go through, we would explore opening up a tasting site in Seattle or Woodinville. Somewhere where you're going to have a lot of tourist traffic."

However, a last-minute amendment to SB 5549 by Sen. Jeannie Darneille would ban minors from distilleries all together, according to the Washington Distillers Guild.

Temple and his wife, Jamie, have poured their heart and soul into the Lynnwood distillery for the past 3 ½ years. They believe banning minors from distilleries would kill their business because much of their customer base consists of young families.

"We are not a bar. No one is coming here to get drunk,” said Temple. “We just want to be able to do the same things as wineries and breweries."

Supporters of the amendment worry about the ever-increasing number of places where alcohol is available, including movie theaters and farmers markets. They believe keeping minors out of distilleries would keep kids safe.

"The normalization of alcohol consumption, especially in a state that lacks sufficient treatment programs for parents, creates a model for a child advancing toward adulthood," said Darneille. "Taking children into venues where the only purpose is drinking is the worst form of negligence."

Law enforcement agencies have come out against the bill and are concerned about a potential increase in drunk driving. Distillers argue breweries and wineries allow minors without experiencing any problems.

The Temples have two sons, ages 1 and 3. The amendment to SB 5549 would mean families like theirs wouldn’t be able to bring their kids to work when needed. The couple believes the amendment would endanger all they have worked to build.

"We'd have to either get a sitter or put them in daycare for longer, which would have a financial burden on us. That, or only one of us could come to work at any given time," said Jamie Temple.

"We're a two-person operation. It would cut our workforce in half,” AJ Temple added.

Distillers across the state are hoping to have the amendment removed before the current legislative session ends.