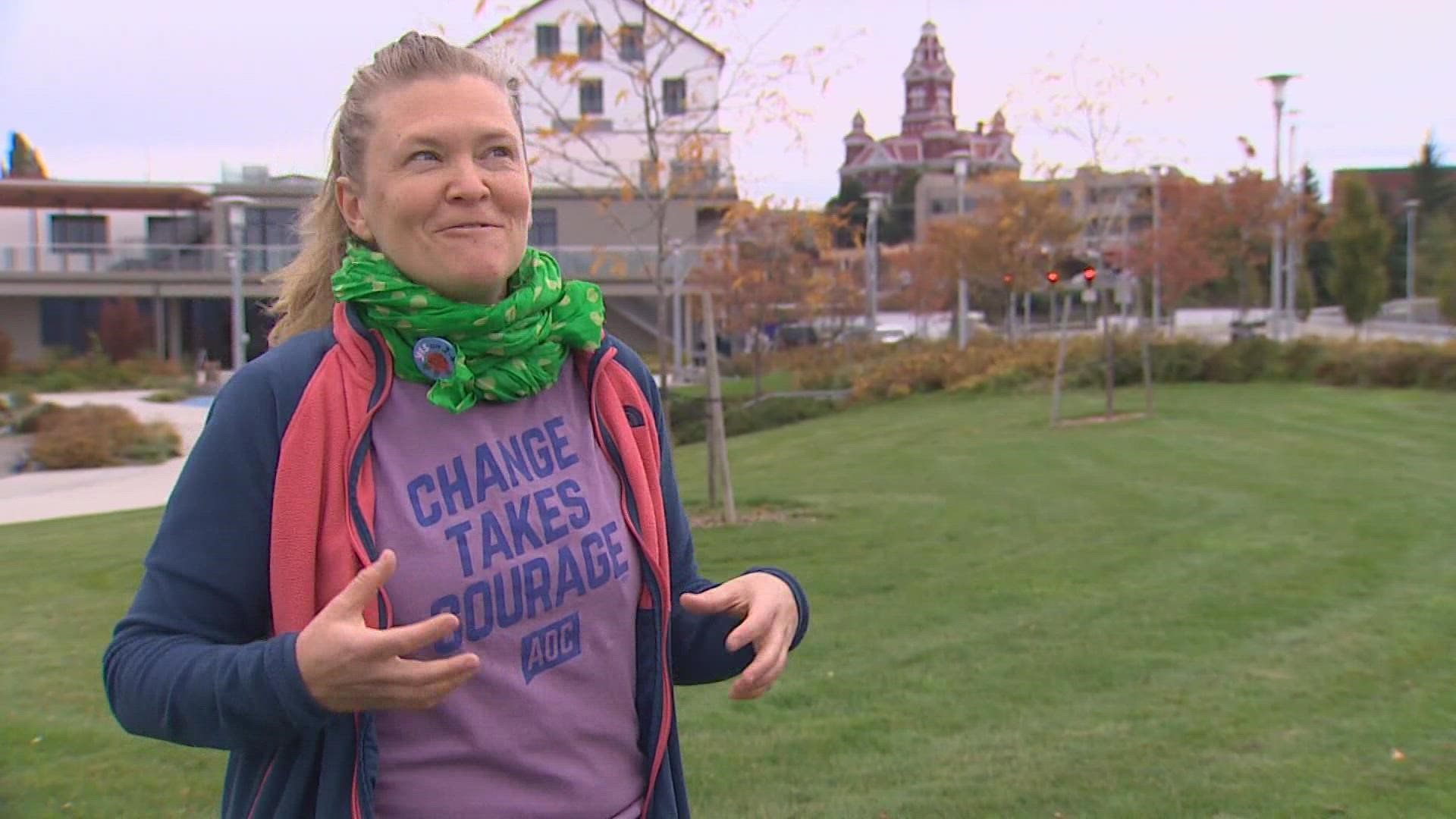 BELLINGHAM, Wash. — The Bellingham City Council is encouraging the public to vote in the general election, it's members just don't want people to vote for a particular set of initiatives on the ballot.

Progressive council members are urging people to vote against four progressive initiatives - even though members support them "in theory."

Campaigners with People First Bellingham gathered enough signatures to put the initiatives on the Nov. 2 ballot that would provide sweeping reforms for renters and workers.

"They really go together as a package deal," said organizer Maya Morales.

Initiatives 1 through 4 involve issues surrounding renters rights, hazard pay, unionization and policing in the City of Bellingham. It's creating a progressive political predicament.

"We'd much rather that people vote 'no' so we can get these right," said City Councilmember Michael Lilliquist.

Lilliquist is one of the council members who voted 6-0 to ask their constituents to turn down all four initiatives for fear they could be too broad or not withstand a costly court battle.

"Some of these, if passed, if no one challenges them, maybe they won't cause too much harm. Others, I'm afraid, will be more disastrous because of the way they were written," Lilliquist said.

He's specifically referring to Initiative 4 that would force businesses to provide an additional $4 an hour in hazard pay in the event of a declaration of emergency. Some read the language as to include every single worker and every single kind of emergency anywhere in the state.

"So, if there was a wildfire smoke emergency, as we've had, an accountant working indoors gets a raise," Lilliquist said. "That makes no sense."

Morales is confident in the initiative and believes if any piece of it "isn't quite right" it could be cut out.

Lilliquist said that isn't exactly the case. The initiatives would become law 10 days after being approved, leaving very little time to make changes.

"They can't be amended once the signatures are gathered and once they're passed into law. The city council can't change them for two years," Lilliquist said. "So, the usual process of amending and fixing and adjusting doesn't occur in this case."

Lilliquist said the initiatives were added to the ballot late in the process, so the council didn't have enough time to research them and come up with alternatives that might be less problematic.

On the group's Facebook page, People First Bellingham posted a statement reading, in part, "Don't let the fear-mongering of some folks get in the way of your priorities. Citing vague reasons, like 'these measures might have unintended consequences' simply doesn’t justify encouraging people to vote against all of them."

With regard to Initiative 4, Morales said, "We hope when voters resoundingly vote 'yes,' the city will have to go to work and look at the nuts and bolts, work with employers to figure out who this applies to and who it doesn't."

As a result of the squabble, the council now plans to move the deadline to get initiatives on the ballot up so there's more time for council members to look at them and offer alternatives that might be less problematic.