This year, there are 12 advisory votes that appear on the ballot before the candidates. 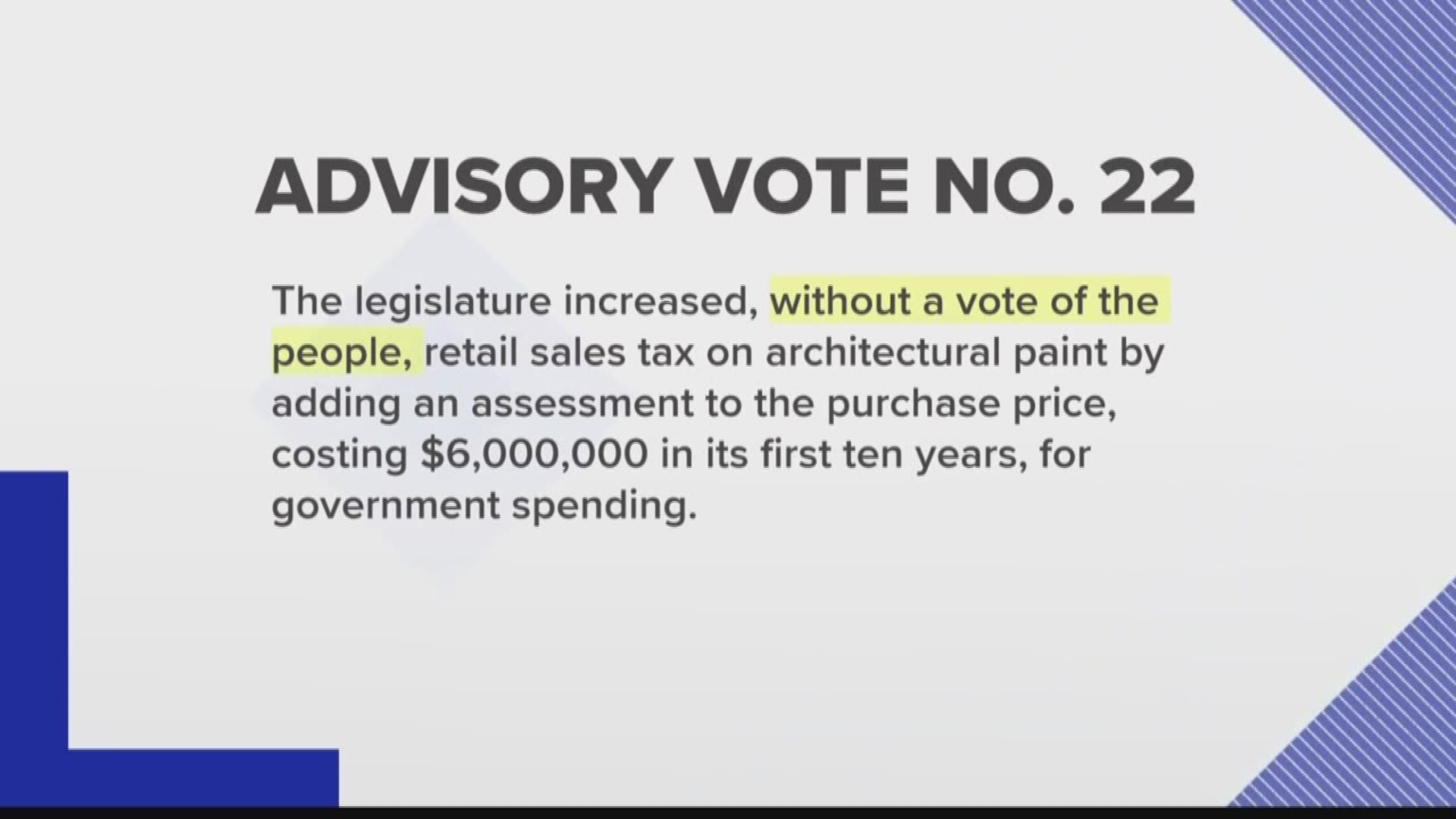 SPOKANE, Wash. — If you're a voter in Washington, you probably had this experience: opening your ballot only to be inundated with a page full of advisory votes.

This year, there were 12 advisory votes that appeared on the ballot even before candidates.

What are they? Basically, they're a poll. A non-binding survey on various tax measures.

They were created by a ballot initiative led by perennial measure-pusher Tim Eyman, back in 2007. It was actually part of I-960, the initiative that required all tax increases be approved by a two-thirds vote in the legislature. It also made it so almost any time Olympia approves a tax increase, an advisory vote goes on the ballot.

The two-thirds part got struck down by the courts, but the advisory votes stuck around.

But what's the point of them? Eyman says it has to do with the state referendum system.

In Washington, voters can put measures on the ballot to try to strike down laws recently passed by the legislature. But, if lawmakers include an emergency clause in the law, it becomes exempt from that process, and some feel legislators often abuse that clause.

Eyman says he wanted voters to have some way to express their opinions on those taxes. So now, they can choose to say they'd prefer a certain tax to be repealed, or to stay in place.

Do the votes have any effect? All evidence points to no.

Since they're non-binding, nothing is legally required to happen. Proponents even acknowledge that nothing ever has happened.

There have been 19 advisory votes in history. Voters chose "maintain" on 7 of them and "repeal" on the other 12. Of those 12, none of the taxes were actually repealed.

Therefore, these votes are often criticized as pointless, and a waste of time and money.

The Washington Secretary of State's office estimates this year the advisory votes will cost the state an additional $196,572.17 in printing and postage.

This year, according to the estimates included in the ballot, the advisory votes deal with $9,760,000,000 in taxes over a ten-year period.

Critics also have a problem with the way the measures are written. They argue wording is designed to make people want to vote no, a push poll. And furthermore, that the measures don't tell voters what the taxes are helping to pay for.

Though, Eyman argues that part doesn't matter, since lawmakers could just change it later.

When you're staring at the page full of advisory votes, what should you do?

You could choose to research each tax and then weigh in on whether you support it or not. Or, you could just ignore the measures altogether, for probably the same effect.

RELATED: 'We did it!' | Nadine Woodward to be next Spokane mayor