Then and now: A brief history of the United States Electoral College

From 10 states with only 60 electors total to 50 states with 538 electors, the Electoral College has come a long way in nearly two and a half centuries. 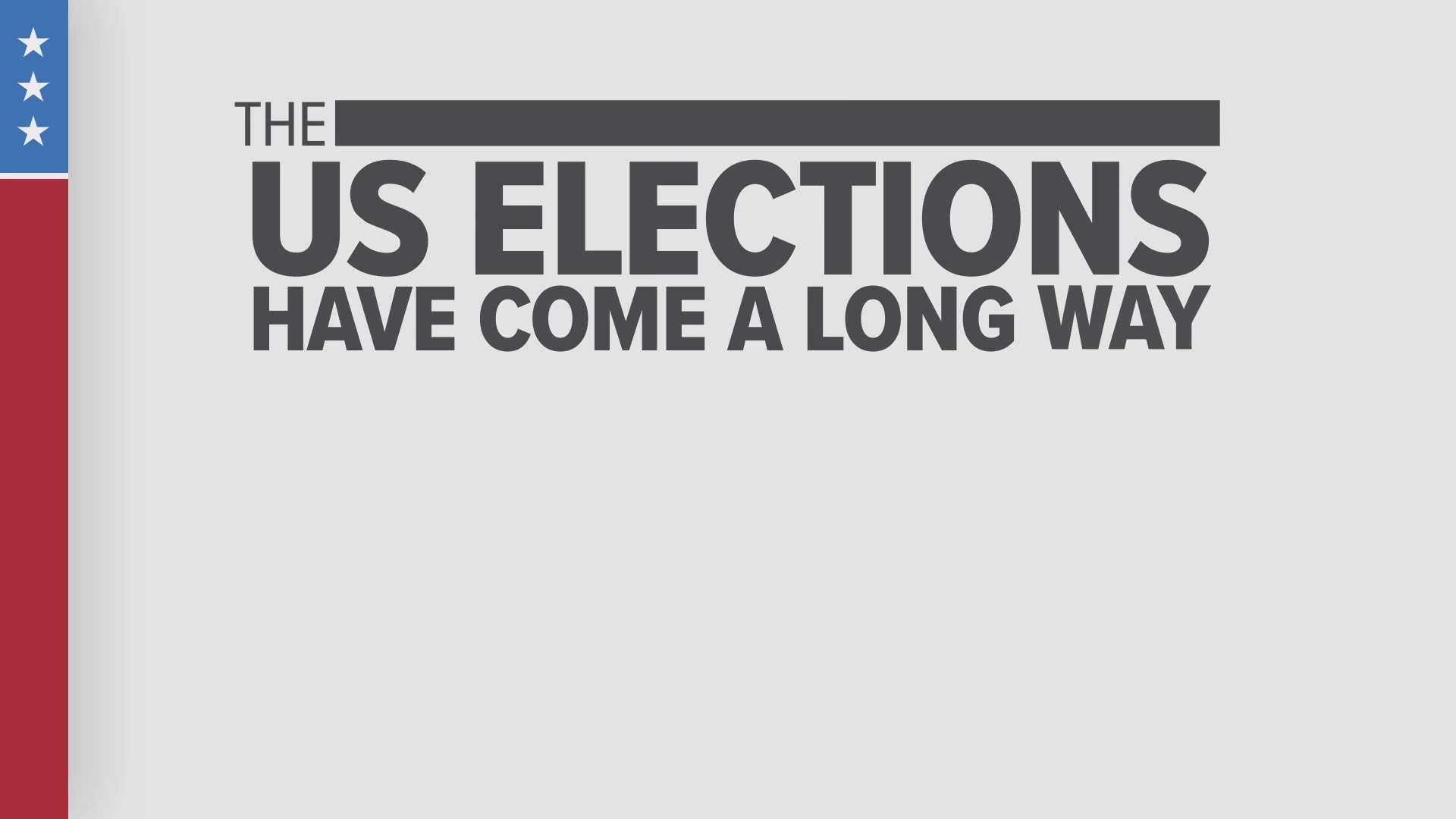 Presidential elections in the United States date back centuries, but they weren't always as they are now. The U.S. elections have come a long way in nearly two and a half centuries.

It's hard to visualize that the Electoral College was initially made up of 10 states with only 60 electors total, but now it's nearly eight times as large with 538 electors across 50 states.

Also, forget about political parties and massive campaigns, President George Washington was summoned to serve. Think of it as one big write-in ballot where if people saw you as a leader, you were granted the position.

It was no contest in 1789. The Electoral College unanimously voted for President Washington. Vice President John Adams received 34 of the other votes.

Perhaps the biggest different between then and now is the public did not get to vote.

As late as 1816, citizens of nine states were not able to cast a ballot. It wasn't until Nov. 4, 1845 that the U.S. held its first uniform Election Day, meaning all states voted on the same day.

But still, not all U.S. citizens were given the right to vote until 1965, when the Voting Rights Act was passed. That was just 55 years ago. The legislation ensured all men and women age 21 and older, regardless of race, religion, or education, the right to vote without discrimination.

A tradition continued nowadays where every U.S. citizen over the age of 18 has the privilege to cast a ballot.

Perhaps one of the many reasons it's important to make your voice heard in 2020.