Fire Chief Zane Gibson said during a normal day they have just four on-duty firefighters. Meanwhile, their calls have more than doubled over time. 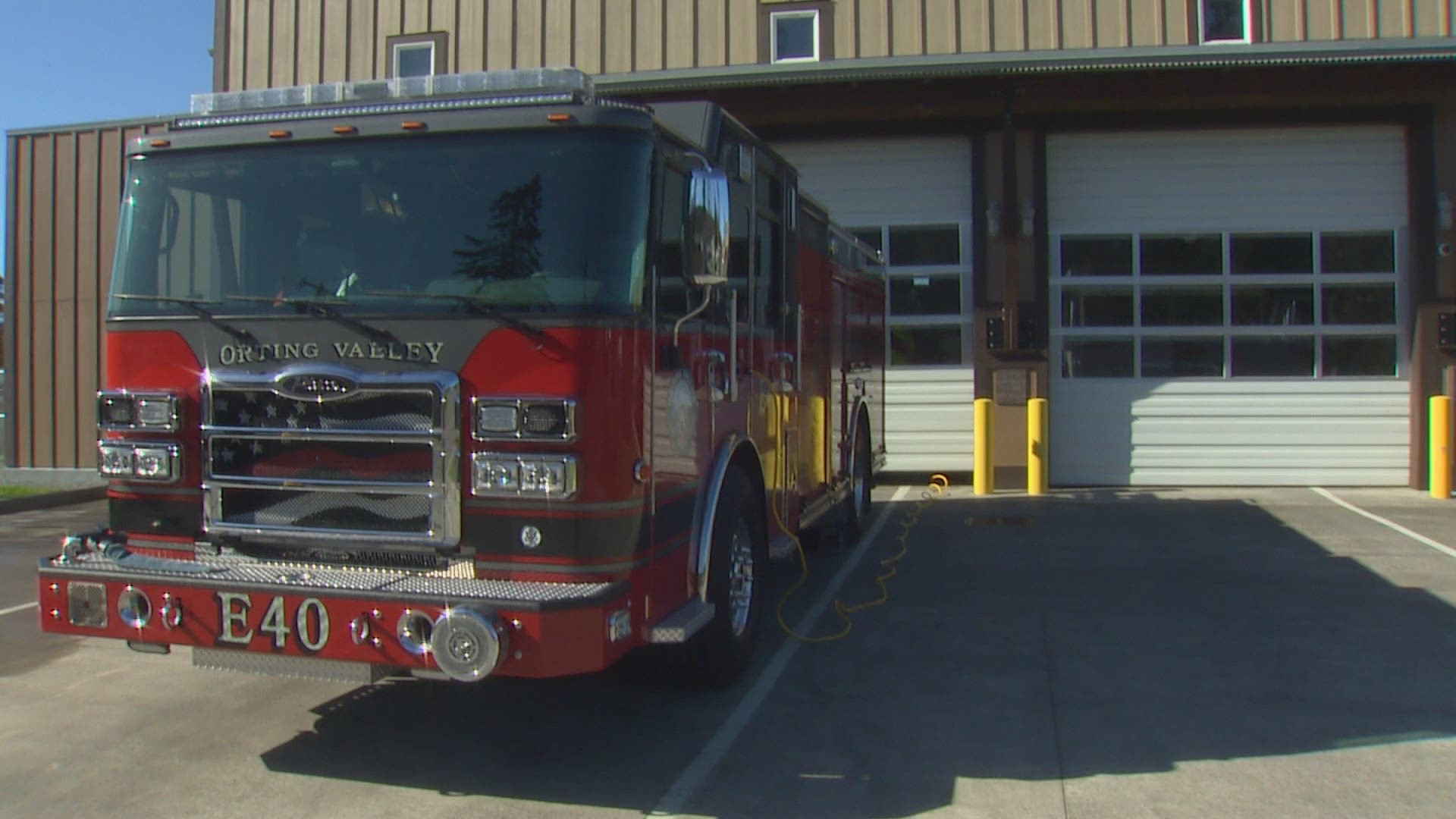 Fire Chief Zane Gibson said during a normal day they have just four on-duty firefighters. Meanwhile, their calls have more than doubled over time.

"This weekend we had a CPR call. While they [were] at the CPR call, we had a house fire and with only two crews on duty we can't even cover those calls," Gibson said.

In 2020, firefighters from OVFR were assisting with the Sumner Grade Fire, which destroyed two homes. At the same time, firefighters were also tackling the Graham Fire that destroyed several homes.

During that time a smaller fire broke out in Orting.

"We had crews at both fires and nobody here. My engine was coming from Spanaway and a volunteer engine out of Enumclaw coming to a fire in Orting," Gibson said. "Serious concern for me as a fire chief."

OVFR is hoping voters will support a funding measure that is on ballots right now. It would increase the number of on-duty firefighters to eight - double the number they have currently.

"I think our biggest goal would be to have enough resources to be able to take care of ourselves, help our neighbors and on occasion, on overtime, be able to send folks to Eastern Washington," Gibson said.