Two homes were destroyed by a late-night fire in Burien overnight. One person was killed. 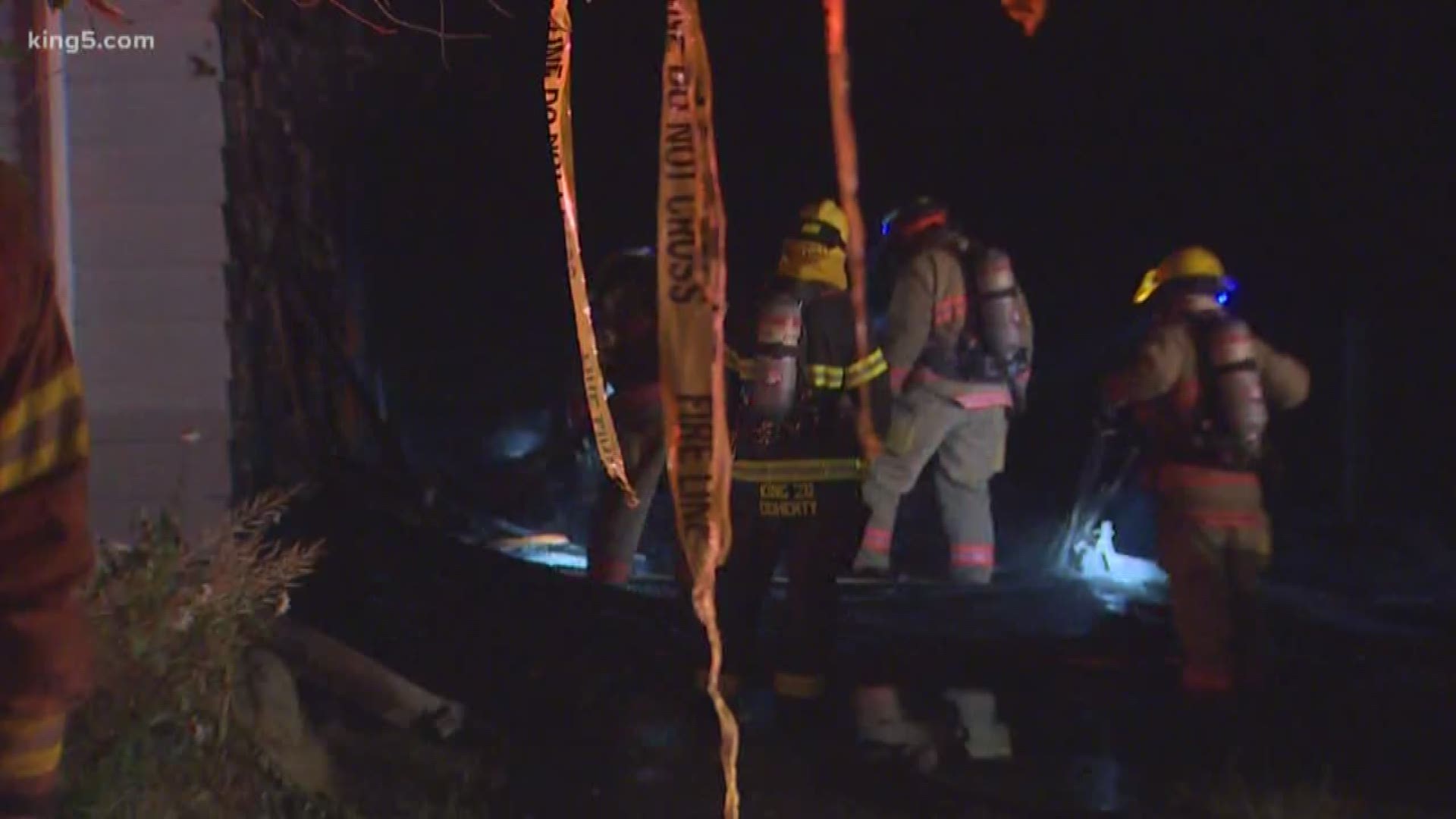 One person was killed and 13 others were displaced after a fire near Burien overnight.

Firefighters were at the scene in the 10200 block of 10th Avenue South before midnight, where they found two homes engulfed in flames.

One person was reportedly still in one of the homes while firefighters worked to extinguish the flames.

Services from Red Cross have been requested for the people displaced by the fire.

Investigators are determining the cause.