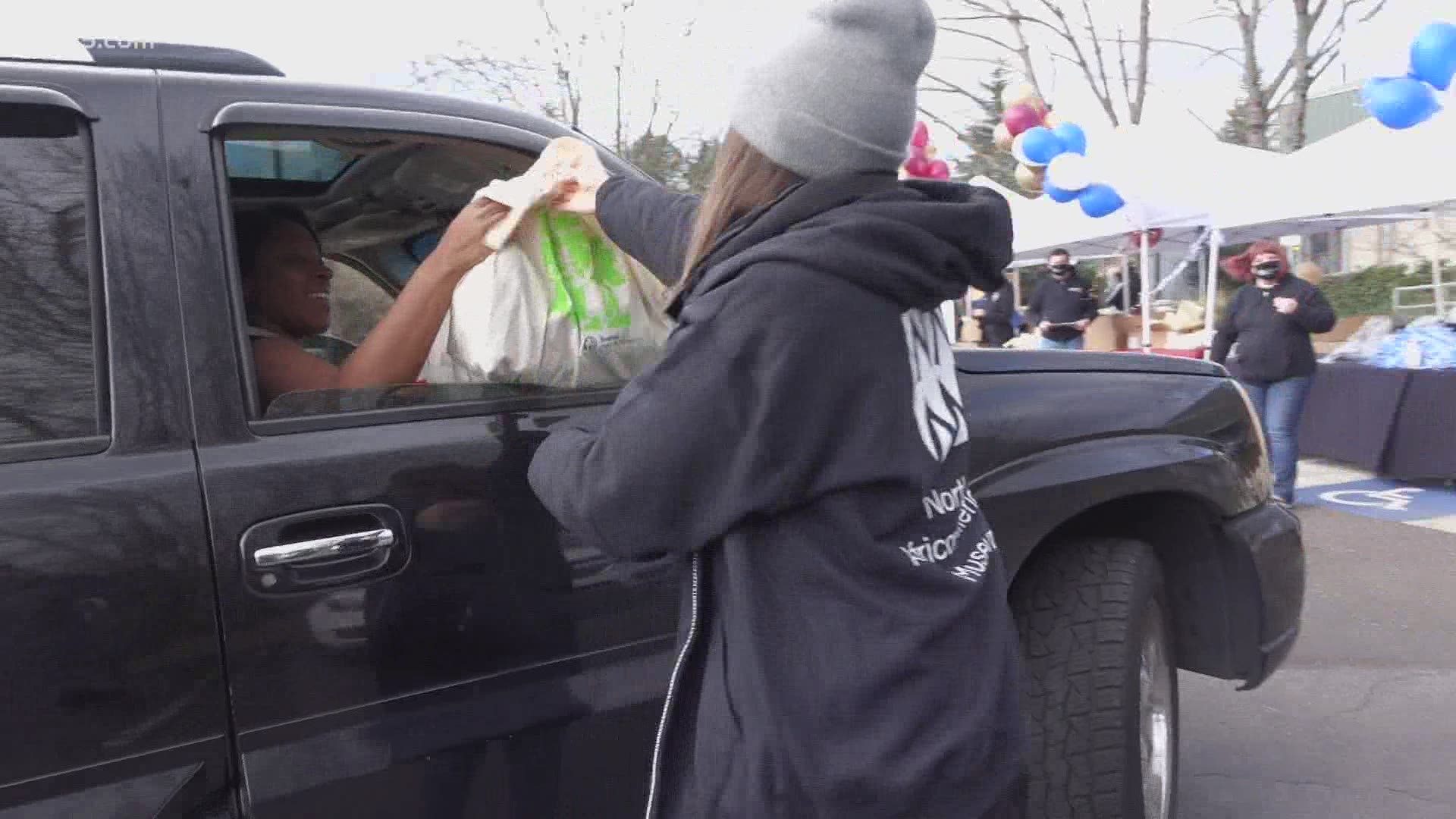 Not being able to open the building was not going to stop them this year.

This year, the museum made a shift to an online celebration and a drive-through at a nearby park, offering families bags of books and activities and an autographed soccer ball.

In normal years, MLK Day is a big event at the Northwest African American Museum, with several in-person exhibits and a variety of performances and speakers.

DeBardelaben spent Monday traveling back and forth between the museum and the nearby drive-up event that featured community partners like the Seattle Sounders FC and the RAVE Foundation.

The lineup of speakers and musical performances were virtual this year and is available for replay on Youtube.

Rallying the community and leading by example was the theme today as the Virtual celebration engaged viewers online with powerful speeches and moving musical tributes. Parts of the celebration will be posted online on its YouTube channel.

DeBardelaben said they wished they could have their annual event this year but the message is too powerful to silence, even if it couldn't be in person.

The day reminded her of one of her favorite quotes from the man of honor: “I have decided to stick with love. Hate is too great a burden to bear.” 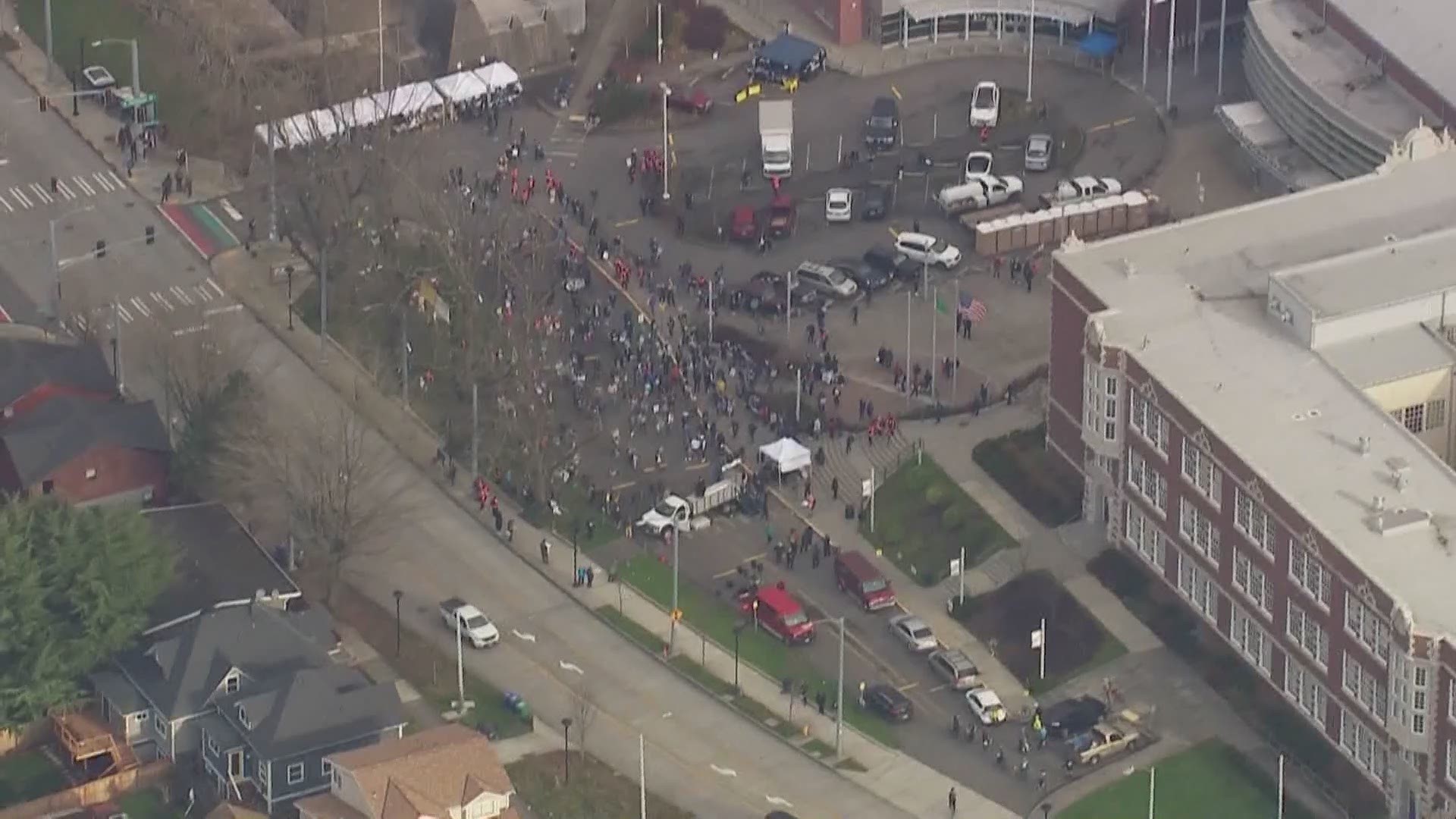