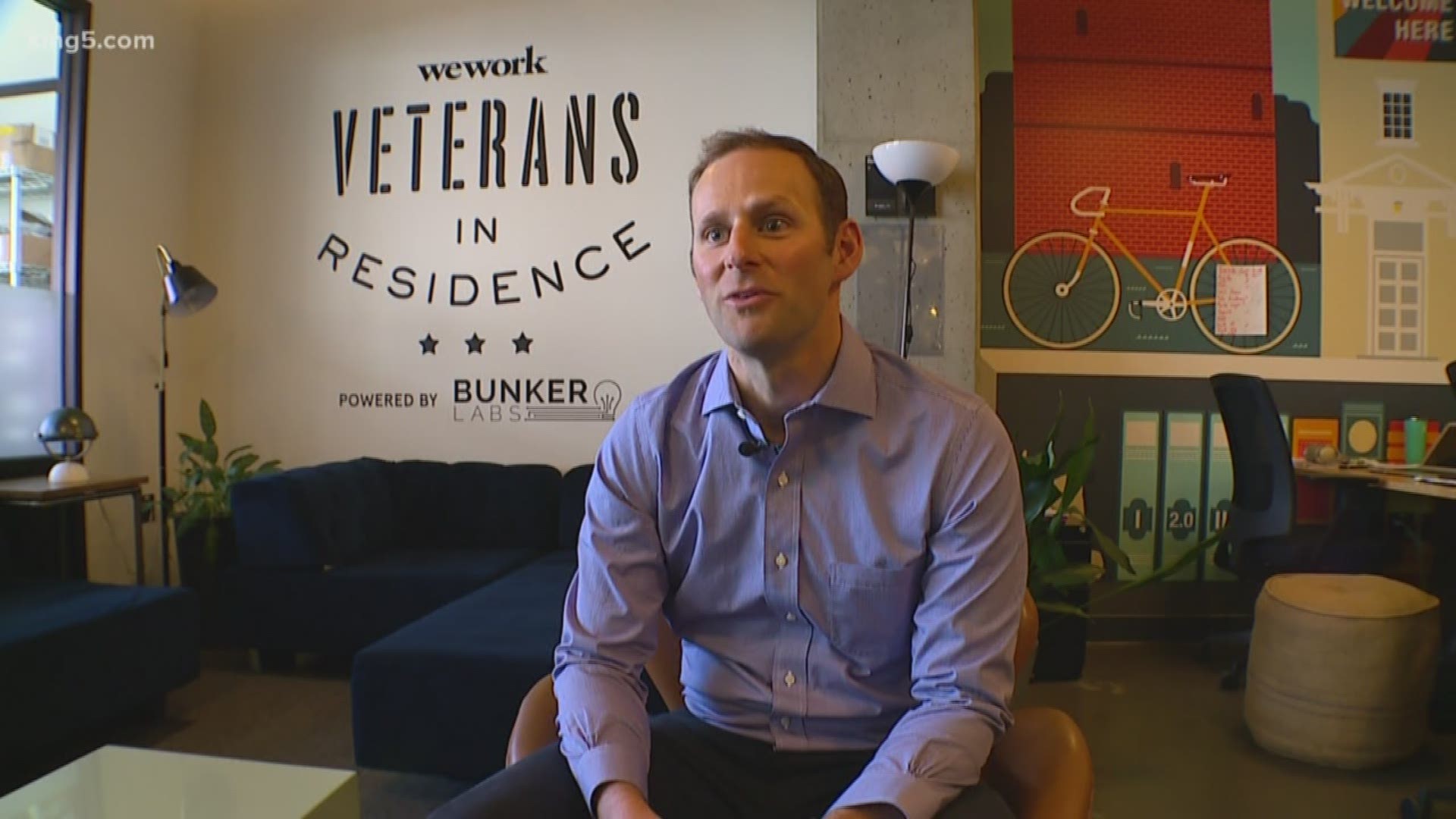 TACOMA, Wash. — When they leave the military, many veterans try to start their own businesses. It's a big change to transition from life on active duty to life as an entrepreneur, but a nonprofit has provided important tools to help them get started.

Richard Brion is building his business behind his Tacoma home. The wooden and glass enclosure he built is called a "farmlet." When finished, it'll be a self-contained environment for growing fruits and vegetables with a built-in watering and filtration system.

“Ideally within the next couple of months this will be finished and we'll have produce ready to sell within ten miles of here,” Brion said.

He said his business, Revolution Agriculture, aims to set up a network of farmlets in parking lots and backyards that can grow local produce in small spaces.

Brion developed the idea when he saw how tough it can be for some people to make a living by farming while deployed in Afghanistan with the U.S. Navy.

Brion has already gained interest from potential customers, but without a finished, working farmlet, selling his idea can be challenging.

“It's still very difficult to get people to understand what exactly we're doing without being able to see it,” he said.

Brion is one of the entrepreneurs who has received help from Bunker Labs, a nationwide non-profit, which helps veterans launch their businesses.

In Seattle, veterans get free access to a We Work office space, where they can gather to work on their ideas. They can also attend events and network with other business owners.

“Being surrounded in that tribe and having that community where I saw other people working hard on their businesses every day propelled me to charge forward with my business as well,” said Robert Shaye, the city leader for Bunker Labs in Seattle.

Shaye is CEO and founder of Fireside Finances, a business which provides financial wellness workshops for companies. Shaye spent 10 years on active duty in the Coast Guard and is now a reservist in Seattle.

“Veterans are great at taking the initiative and getting the job done. We see what needs to be done and we jump in and do it; we're very good at adapting to change,” Shaye said.

The first few chapters of a new business plan can be stressful, but as he begins his endeavor, Richard Brion returned to a familiar line.

“There's kind of a saying within the community that when you're going through hell you keep going and so that's kind of ingrained in us,” he said.