Newest Coast Guard icebreakers will be based in Seattle

A new class of Coast Guard icebreakers will be based in Puget Sound. 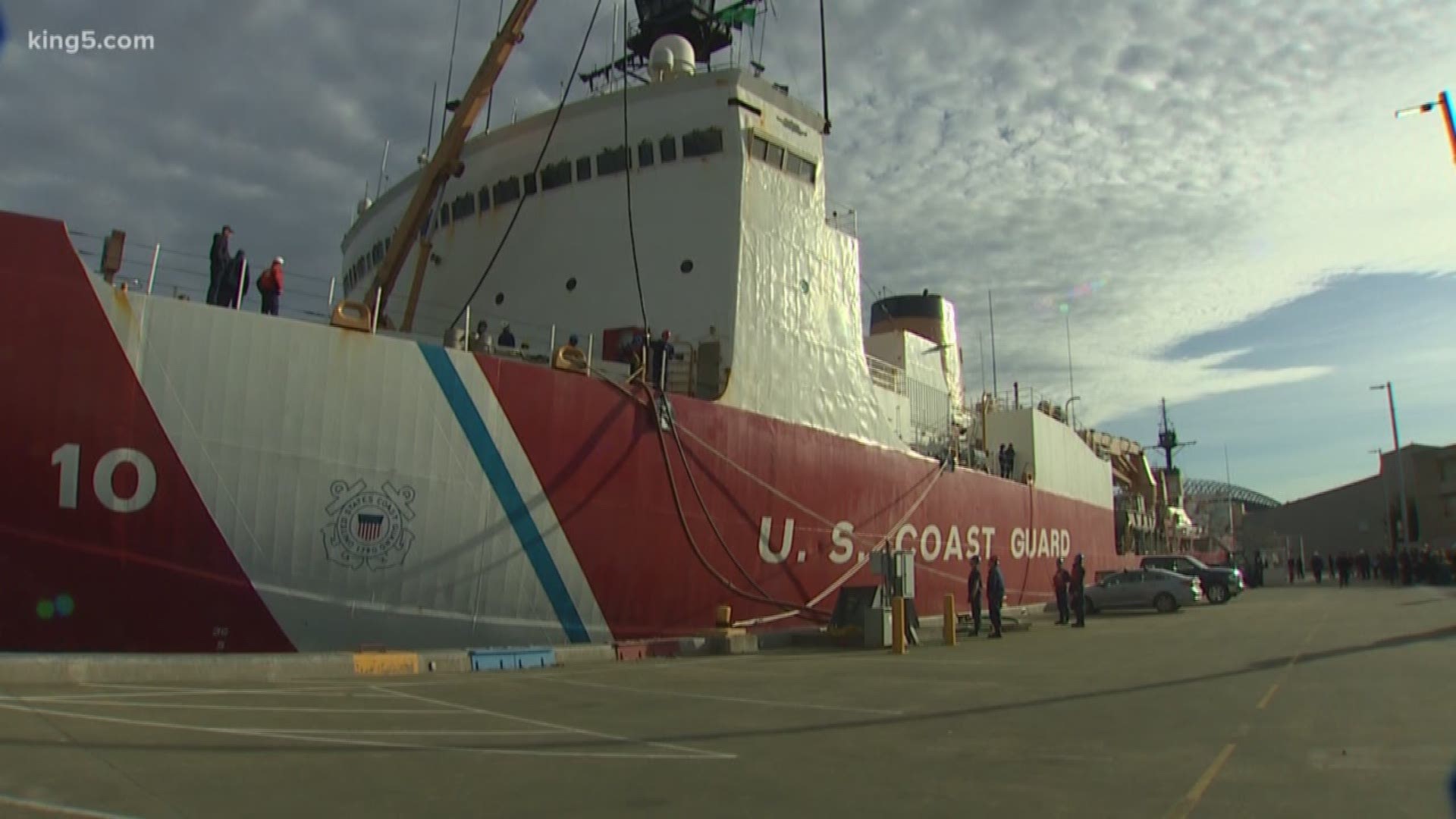 SEATTLE — The newest class of Coast Guard icebreakers will be based in Puget Sound.

Three new Polar Security Cutters will call Seattle home port and replace an aging fleet in need of an upgrade.

For years, the Coast Guard operated two working icebreakers to cover the expanse of open ocean, sea ice, and shoreline near the North and South poles.

“Russia has 43 icebreakers, I believe, and the U.S. has one heavy icebreaker and one medium icebreaker right now to protect U.S. interests. That's a huge imbalance in power,” said Doug Russell, executive secretary of the University-National Oceanographic Laboratory System, an organization that coordinates research at sea.

Russell, who is based at the University of Washington, served 25 years in the Coast Guard, including icebreaker missions.

He and many others in his community are cheering the announcement that Seattle will be the home port for three new Coast Guard polar cutters, capable of crushing through sea ice.

Sen. Maria Cantwell helped secure $655 million to design and build the first of the new ice breakers, and $20 million to start planning for a second.

The upgrades are badly needed. The Coast Guard's only heavy-duty icebreaker capable of cutting a path to a research station in Antarctica, the Polar Star, is more than 40 years old and suffered a series of mechanical failures on its last mission, including a fire. Her sister ship, the Polar Sea, is now used for parts.

The 20-year-old Healy is medium-duty and is used for science missions to the Arctic.

All are based in Seattle and need lots of attention after journeys to the harshest corners of the globe.

“I am pleased to announce that Seattle, Washington will be the home of the Coast Guard’s new Polar Security Cutters,” Admiral Karl L. Schultz, commandant of the U.S. Coast Guard said.  “The Pacific Northwest has been the home of our icebreaking fleet since 1976, and I am confident that the Seattle area will continue to provide the support we need to carry out our critical operations in the polar regions.”