Next Friday the COSMIC-2 satellite array will launch to help create more precise computer models for forecasts and the northwest will benefit. 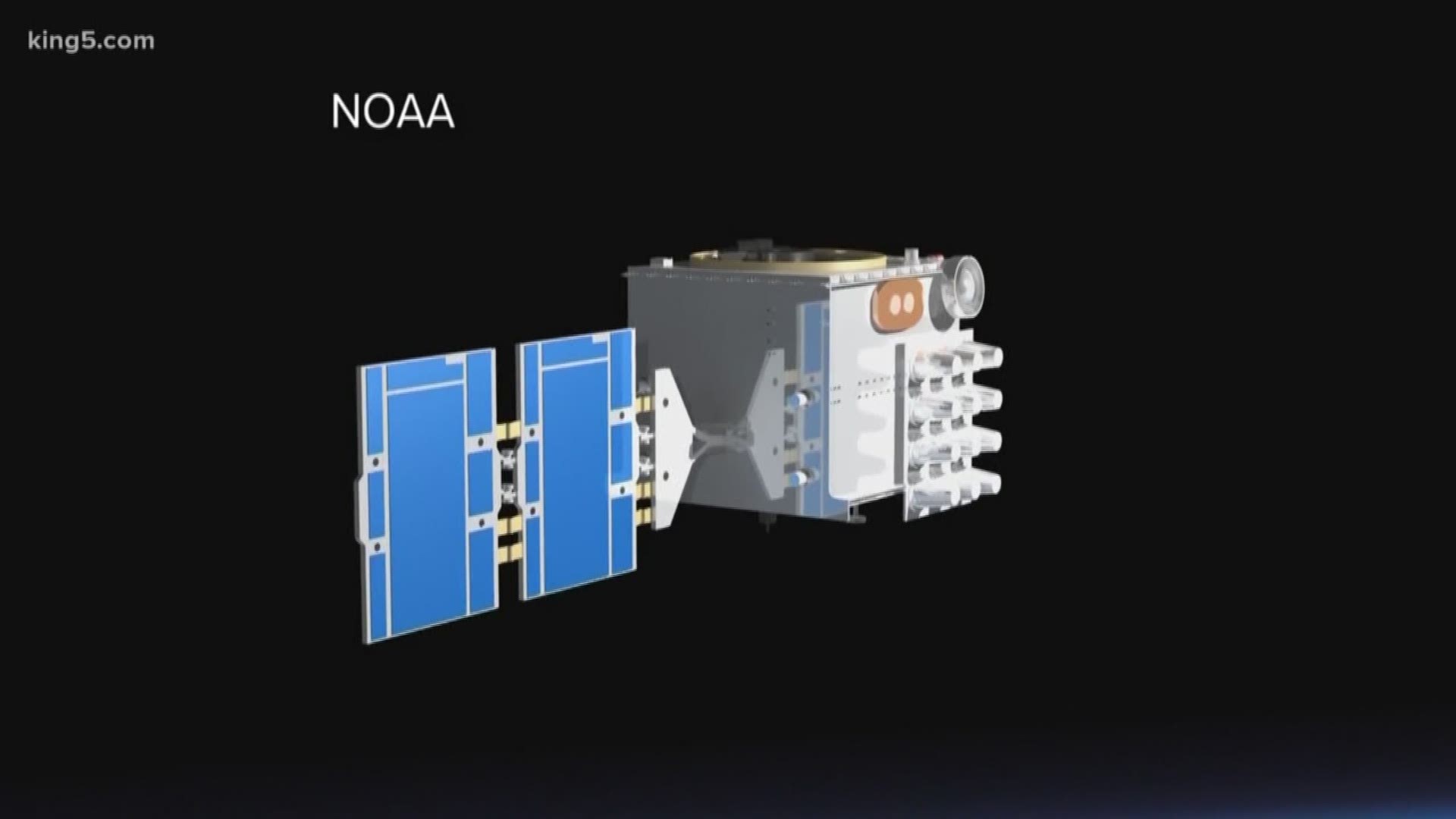 SEATTLE — The world’s weather forecasters are getting another new generation satellite technology set to launch Friday, June 22 from Cape Canaveral, Florida. It’s called COSMIC-2, an array of six satellites which will watch over the earth from both tropical and subtropical areas where much of our weather gets its start.

COSMIC stands for Constellation Observing System for Meteorology, Ionosphere and Climate. The satellites will look at cross sections of the atmosphere, including moisture, pressure and temperature.

COSMIC-2 is replacing COSMIC-1, an older generation of six satellites, only two of which are still working after being launched about two decades ago.

The older system provided about 1,500 profiles of the atmosphere each day. The new COSMIC-2, will provide over three times as many profiles.

Scientists with NOAA’s Environmental Modeling Center expect it will make modeling more precise, and that could help us with better forecast computer models. Those models could better detect the genesis of storms, including atmospheric rivers, which hit the West Coast in the winter with massive amounts of rain.

“We anticipate we will have improved forecasts of such events, because of the direct benefit from the COSMIC-2 mission,” said Dayrl Kleist, with NOAA.

When asked if the satellites could help with drought he said yes, because there is,  “…a connection between the tropics and the extra tropics in terms of the prediction of long standing droughts.”

COSMIC-2 will also monitor weather from space, solar flares and impacts which can disrupt electronics and navigation systems on Earth.