Doctors said Aidan Ryker Schellings might not walk or talk again after a skateboard accident last April. A year later, he ran a mile to celebrate his recovery. 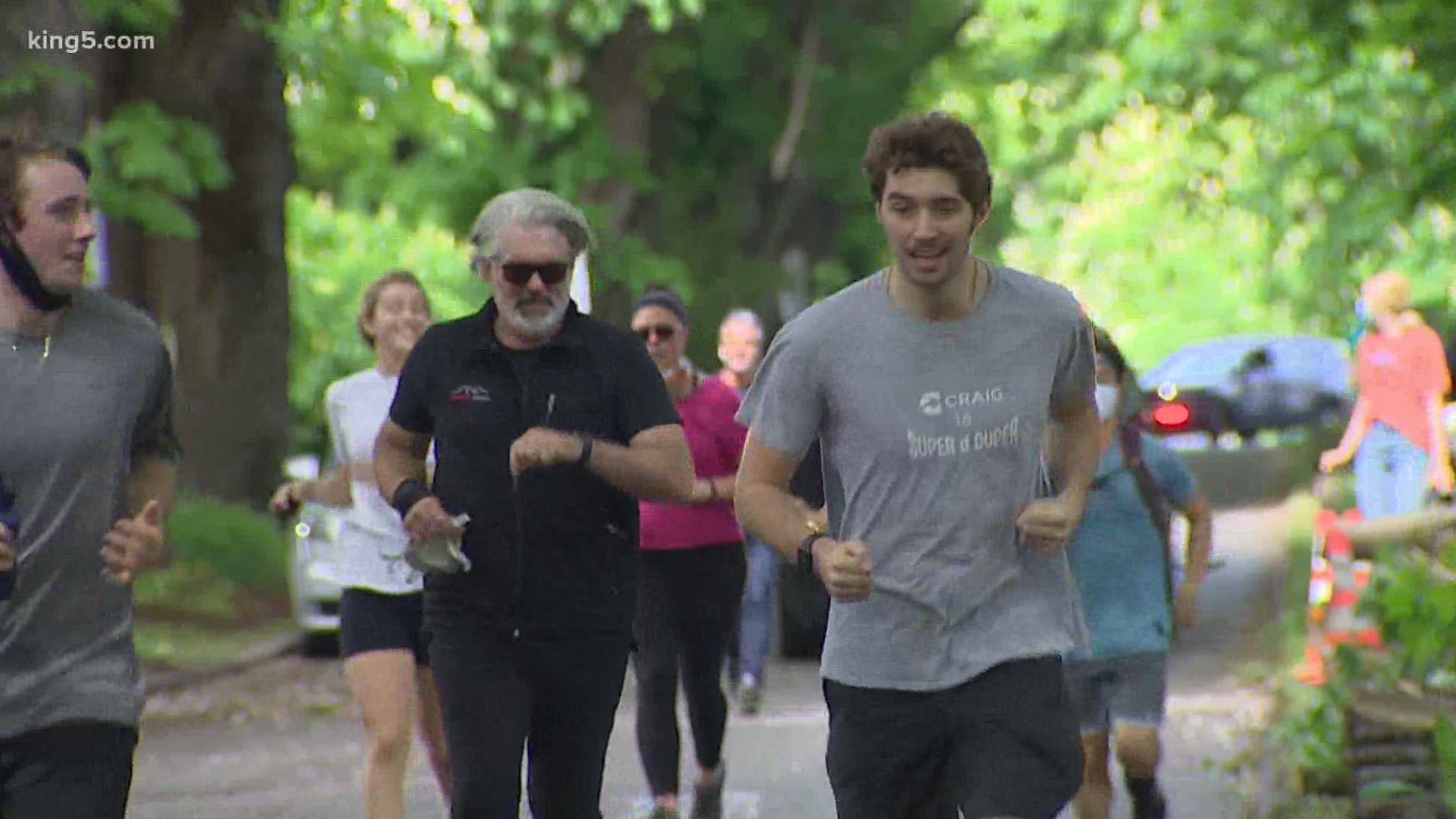 SEATTLE — A Seattle skateboarder who nearly died in a crash last year may have a new name, but his mission is the same.

Schellings suffered a traumatic brain injury and a fractured skull when he fell riding his skateboard at Green Lake on April 29, 2019. He wasn't wearing a helmet.

Doctors at Harborview Medical Center told Schellings' parents their son might not walk or talk again. But on the one-year anniversary of his accident, Schellings ran a mile around his Seattle neighborhood.

Friends, family and supporters were there to cheer him on.

“It felt really good,” Schellings said. “I feel so proud of myself.”

Schellings reached this milestone after months of specialized therapy all over the country. His parents said while Ryker will likely never fully recover, they consider his recovery miraculous.

They hope making his story public will encourage others to wear helmets.

“We have we have a long way to go,” said Ryker's mother Rebecca Schellings, “Will we ever get Aidan back? I don't know… I'm expecting it's not going to happen. But I like Ryker.”

“Me too!” Ryker Schellings said.

How will he celebrate the second anniversary of his crash?

VIEW | A SKATEBOARDER'S JOURNEY ON KING 5