The 2019 Mariners menu showcases restaurants and bars from around Puget Sound. 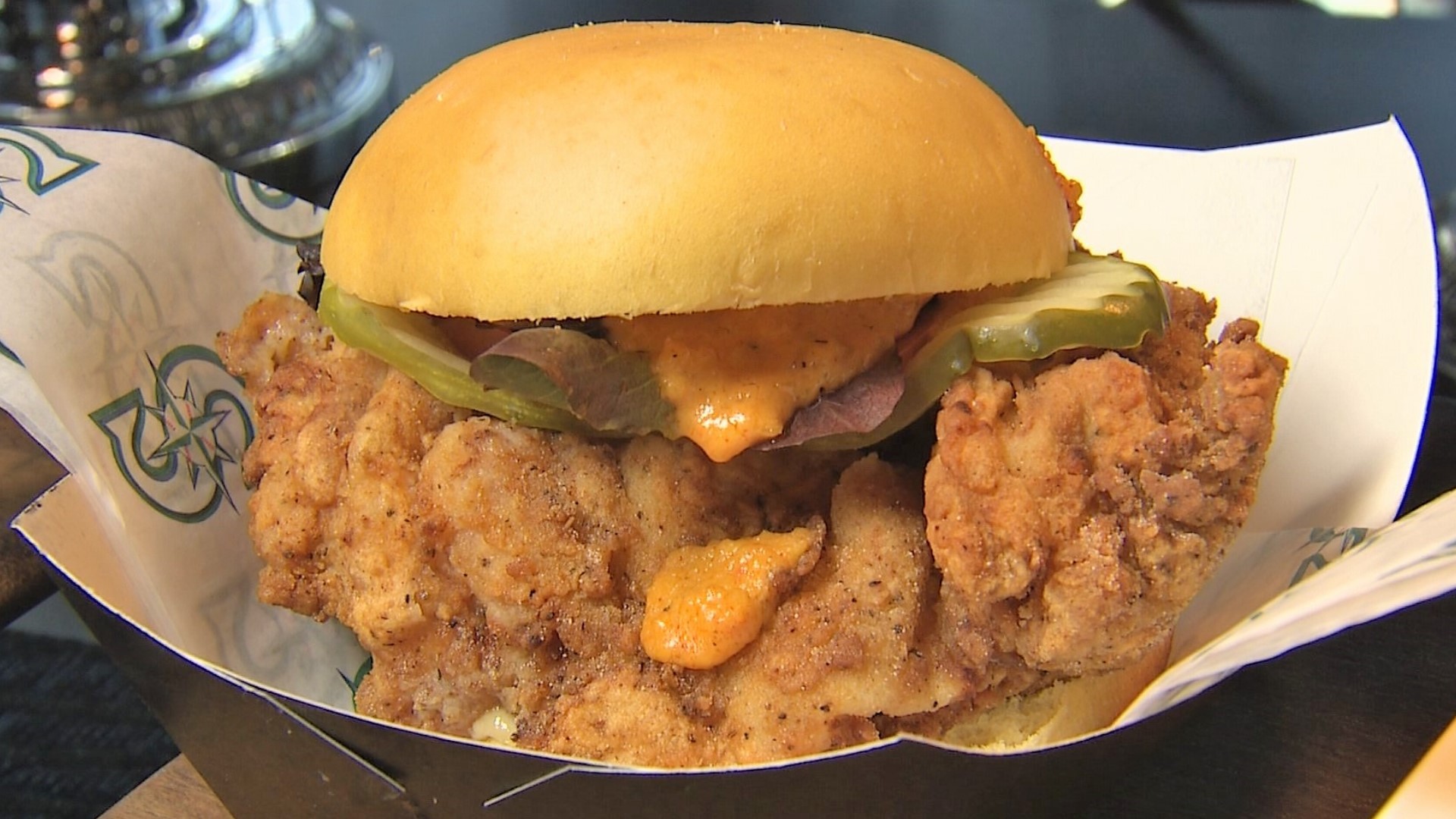 SEATTLE — New additions to the Mariner’s concessions menu include some of Seattle’s favorite sandwiches, fried chicken and ice cream.

The 2019 Menu Preview was held at T-Mobile Park, just as the ballpark’s new sign was put in place.

One addition to the menu is a nod to the team’s partnership with the mobile communications company: a signature cocktail called Magenta Mojo, created by Anu Apte of No Anchor.

A number of local restaurants are also featured vendors this year.

“(We’ll also have) our roasted corn which you can get as individuals or in a big bucket - it's awesome,” said owner Ryan Santivire.

"We actually called it the '95 Slide after Griffey sliding into home plate to beat the Yankees," said owner Marcus Lalario.

Fans can also indulge in classic treats from Shug's Soda Fountain. The old school ice cream parlor in Pike Place Market is a family operation and may be the smallest business at T-Mobile Park.

"It's a dream come true, to be honest,” said owner Colleen Wilkie. “To grow up in Seattle, you really can't be more excited to be in the ballpark that you cheered on your whole life."

The new menu also includes plant-based burgers and sausages from Beyond Meat; Ballard Pizza from Chef Ethan Stowell; and “The Cookie” from Metropolitan Market.