Amy Bright requested a license plate 'LSBNSNLV,' which roughly translates to 'lesbians in love.' She wanted to express her love of her wife. 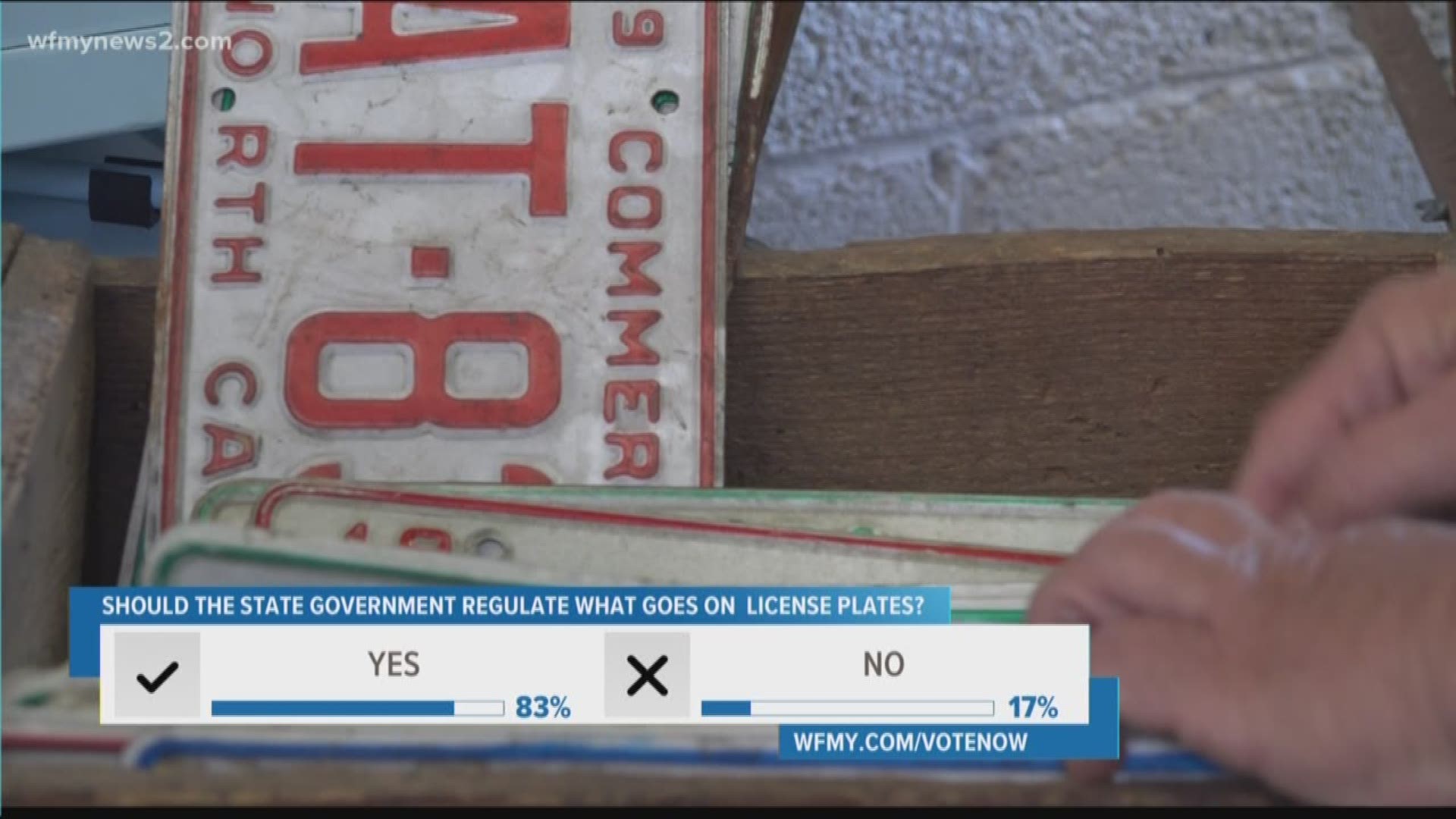 There is the official statement from their communications office:

"DMV Commissioner Torre Jessup has approved the application for the "LSBNSNLV" license plate, saying it was a mistake to have rejected it in the first place. He has left a voice message for Ms. Bright to apologize for the situation and to let her know about the approval."

GREENVILLE, N.C.-- A North Carolina woman says her request for a specialty license plate was denied by the North Carolina Department of Motor Vehicles for its “poor taste.”

Amy Bright requested a license plate ‘LSBNSNLV,’ which roughly translates to ‘lesbians in love.’ She wanted to express her love of her wife.

“I think that’s ridiculous I’m trying to celebrate the love I have for my wife so I don’t see how that’s in poor taste,” Bright said. “How can a celebration of love ever be in poor taste?”

The Department of Motor vehicles issued a statement in response to our inquiry that says they have the right to deny any license plate they deem “offensive to good taste and decency.”

The statement reads as follows:

Bright does not agree with the decision because her requested plate doesn't involve curse words or hate speech. She also had a similar plate back in 2007.

“I previously had a license plate that said ‘out lesbian’ (OUTLSBN) and I had that plate for years,” Bright said.

The DMV has a team of reviewers that work under the Special Plate Manager. It is up to their discretion whether or not a specialty plate is issued.

Bright says she feels as though her First Amendment rights are being violated. She is currently appealing the decision and will take legal action if denied again.

“I feel like that's whats happening that it’s someone’s personal feelings that it’s offensive when it would not follow the definition of the government’s interest to ban it, which is basically what they’re saying by statute.”

“Somewhere along the line the government has the right to say no,” Oakley said. “If you think that answer is wrong you can appeal it and possibly reverse it.”

We asked the DMV for a list of specialty plates they’ve denied. They sent a list of more than 7,000 plate names accumulated over the years. We’ve included some examples below. We were unable to provide a full list because many of the requested plates were highly inappropriate.