Which airlines fly the 737 MAX? 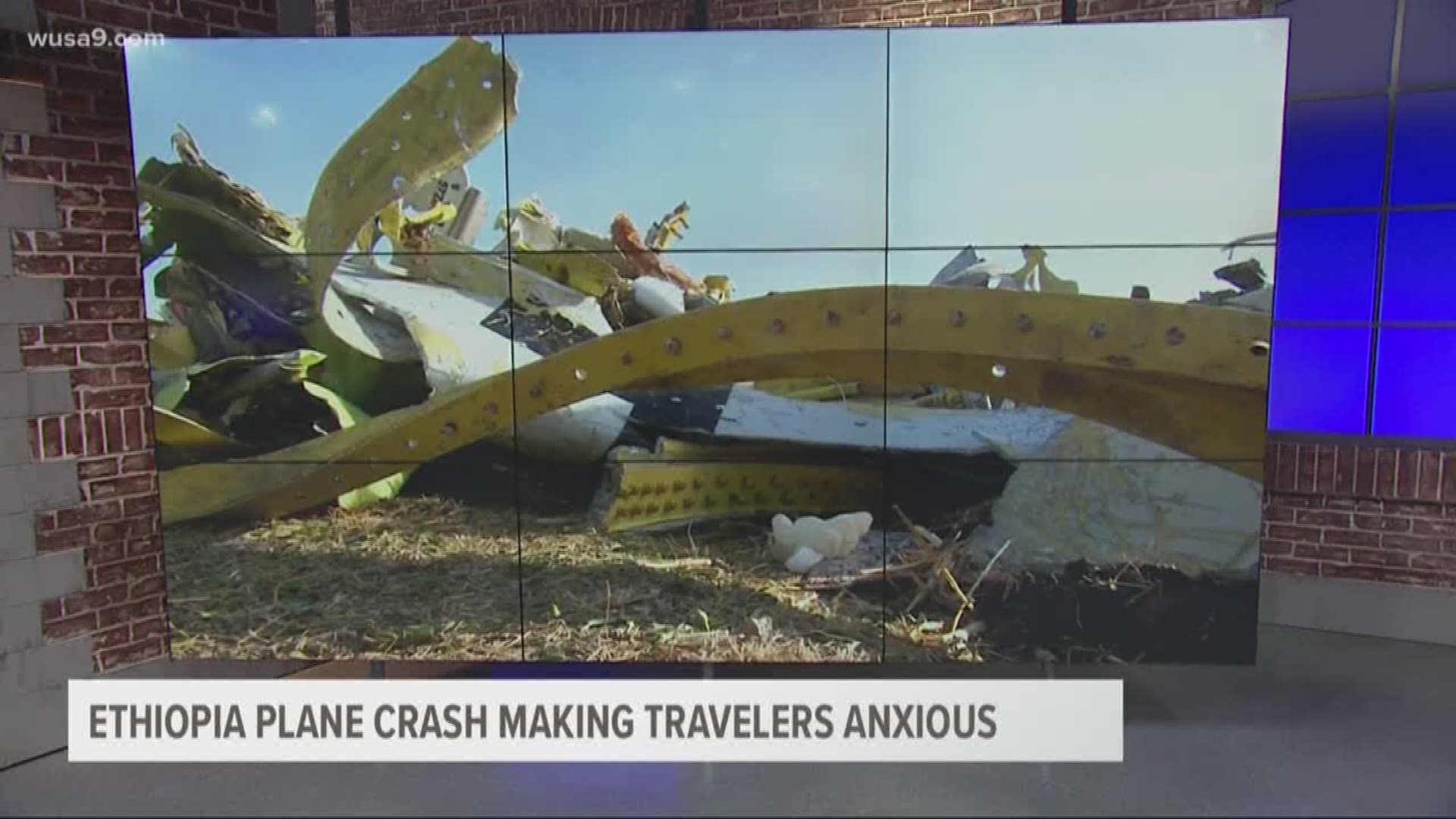 U.S. airlines flew more than 7,600 flights in Boeing 737 Max 8 and 9 aircraft in the last month – all without a reported incident, according to a WUSA9 analysis of 2019 flight data.

Boeing’s next-generation 737 models have come under intense scrutiny over safety concerns following the fatal crash of Ethiopian Airlines Flight 302 on Sunday. All 157 passengers and crew members aboard the plane were killed in the crash.

The result of a second crash of a new model of plane (the first Boeing 737 Max 8s were delivered in 2016) has caused governments around the globe to ground the aircraft until further investigation is complete. As of Tuesday evening, the Untied States and Canada were the only countries where the aircraft are operated that have not grounded the planes over concerns about the aircraft’s computer-aided flight control system – specifically in the planes’ automated anti-stall system.

In the U.S., Federal Aviation Administration officials have thus far resisted calls to ground the aircraft, saying the agency's review “shows no systemic performance issues and provides no basis to order grounding the aircraft.”

A growing number of voices in the country are calling for the FAA to act, though, including the Association of Flight Attendants (AFA), California Sen. Dianne Feinstein (D) and New York Gov. Andrew Cuomo (D).

“The United States has the safest aviation system in the world, but Americans are looking for leadership in this time of uncertainty,” AFA President Sara Nelson said in a statement Tuesday. “The FAA must act decisively to restore the public faith in the system."

Three U.S. airlines currently operate Boeing 737 MAX 8 or 9s: Southwest, American and United. Southwest has the largest number of the planes, 34, and has been flying them since 2016. The airline has already ordered another 250 of the plane, according to statistics released by Boeing in January.

A review of U.S. flight data conducted by WUSA9 for the period from Feb. 12 – March 12 found 7,610 flights by 737 MAX 8 or 9s. During that same period there were no incidents reported to the FAA involving those planes. Only five incidents in total were reported involving Boeing during that period. All five involved older 737 models. Three were in-air incidents involving crew or passengers. Two were from the same incident when a 737 clipped the wing of a second 737 on a tarmac.

Data on aircraft incidents from December and January was not yet available because of the government shutdown.

Last year, commercial aircraft in the U.S. logged 18 million hours and 7.9 billion miles in the air without a fatal incident and averaged more than 600,000 flight hours per reported accident of any kind. The last fatal crash of a commercial airliner in the U.S. happened in 2009, when Continental Flight 3407 went down outside of Buffalo, New York, killing 49 people aboard and one person on the ground.

The majority of 737 MAX flights, 2,317 in total, touched Miami – boosted in part by the presence of American Airlines' Latin American hub. United Airlines’ 737 MAX fleet operates largely out of Houston, which saw 759 departures or arrivals from a 737 MAX in the past month.

In the D.C. area, Southwest’s hub in Baltimore helps account for 456 flights by 737 MAX 8s in the past month. D.C.’s Ronald Reagan National Airport had 214 arrivals or departures. No 737 MAXs flew in or out of Dulles during the same time period.

As of Tuesday evening, the three airliners had another 489 combined flights scheduled in 737 MAX 8s over the ensuing 48 hours.

Boeing released a statement Tuesday morning acknowledging that some customers were choosing to change their flying arrangements rather than take a 737 MAX 8.

Boeing CEO Dennis Muilenburg released his own statement Monday saying that, despite the crashes, the 737 MAX 8 is a safe plane.

“Since its certification and entry into service, the MAX family has completed hundreds of thousands of flights safely,” Muilenberg wrote. “We are confident in the safety of the 737 MAX and in the work of the men and women who design and build it.”

In the U.S., pilots have on at least two occasions reported issues about the nose of the planes tilting down sharply shortly after engaging autopilot, according to reporting by the Associated Press.

As of Tuesday evening, investigators from the FAA had arrived at the scene of the Ethiopia Air crash to aid in determining what caused the plane to crash.

Jordan Fischer is a digital investigative reporter for WUSA9. Follow him on Twitter at @JordanOnRecord or email him at jfischer@wusa9.com.