A Blaine company could lose employees if the Navy keeps outsourcing projects. 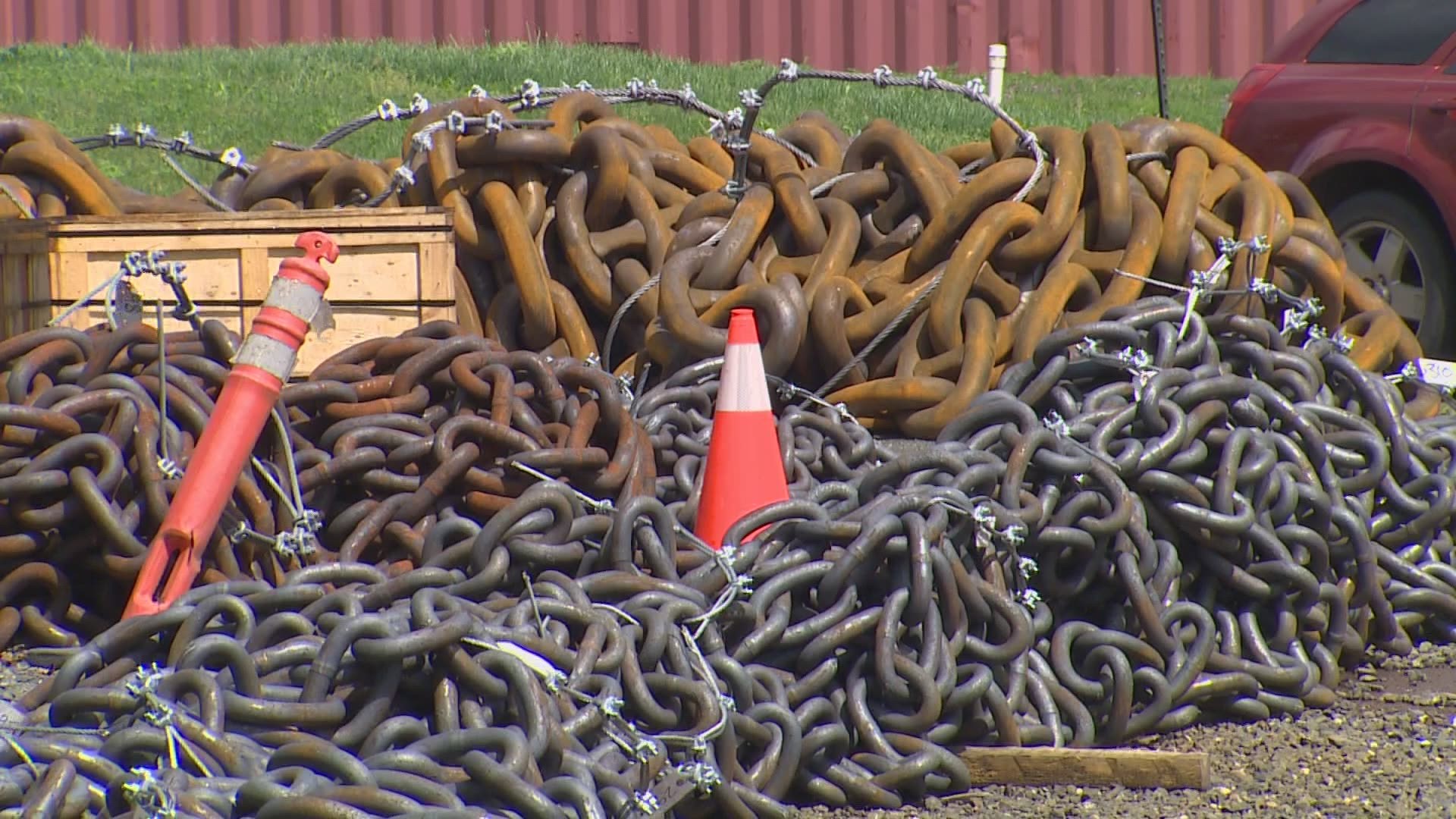 BLAINE, Wash. — Lister Chain & Forge has made chains for the United States Navy for nearly 40 of its 110 years in business. But the Navy has now set a course that could sink jobs at the Blaine plant.

"The Department of Defense should be following the law and purchasing from a U.S. manufacturer," said Congresswoman Suzan DelBene, who represents Blaine.

DelBene is one of more than a dozen congressional leaders who signed a letter accusing the Navy of using loopholes to outsource the manufacturing of its anchor chains to a foreign country.

Under current law, the Navy can only buy chains 4-inches in diameter or smaller from American producers. But the department redesigned its chains to make them .002 of an inch larger -- allowing it to buy from overseas producers.

The Navy has stated it's a cost-cutting measure to save taxpayers money.

"I don't think we're saving money when we're losing domestic capacity," countered DelBene. "It means we would totally be reliant on foreign sources that could definitely change pricing. It goes against supporting U.S. businesses and manufacturers. It goes against our national security."

The congresswoman said any savings would only amount to 1/10 of 1% of the cost for the remaining ships affected.

If the loophole isn't closed, some of Lister's 36 employees would likely lose their jobs. It would also mean the production of 3,000 tons of steel would shift overseas.

Lister is the last anchor chain maker in the U.S., and DelBene worries about the precedent that would be set if the Navy is allowed to throw its weight around like this.

"We should be concerned that it could happen in other cases. We've already seen it happen with the Army Corps of Engineers," said DelBene. "The Navy has gone out of its way to find a way to make an exception. That is unacceptable. There's no good reason for this to happen. It's incredibly disappointing."