Sec. Richard Spencer said he would like to settle Attorney General Bob Ferguson's lawsuit over Navy jet noise out of court. 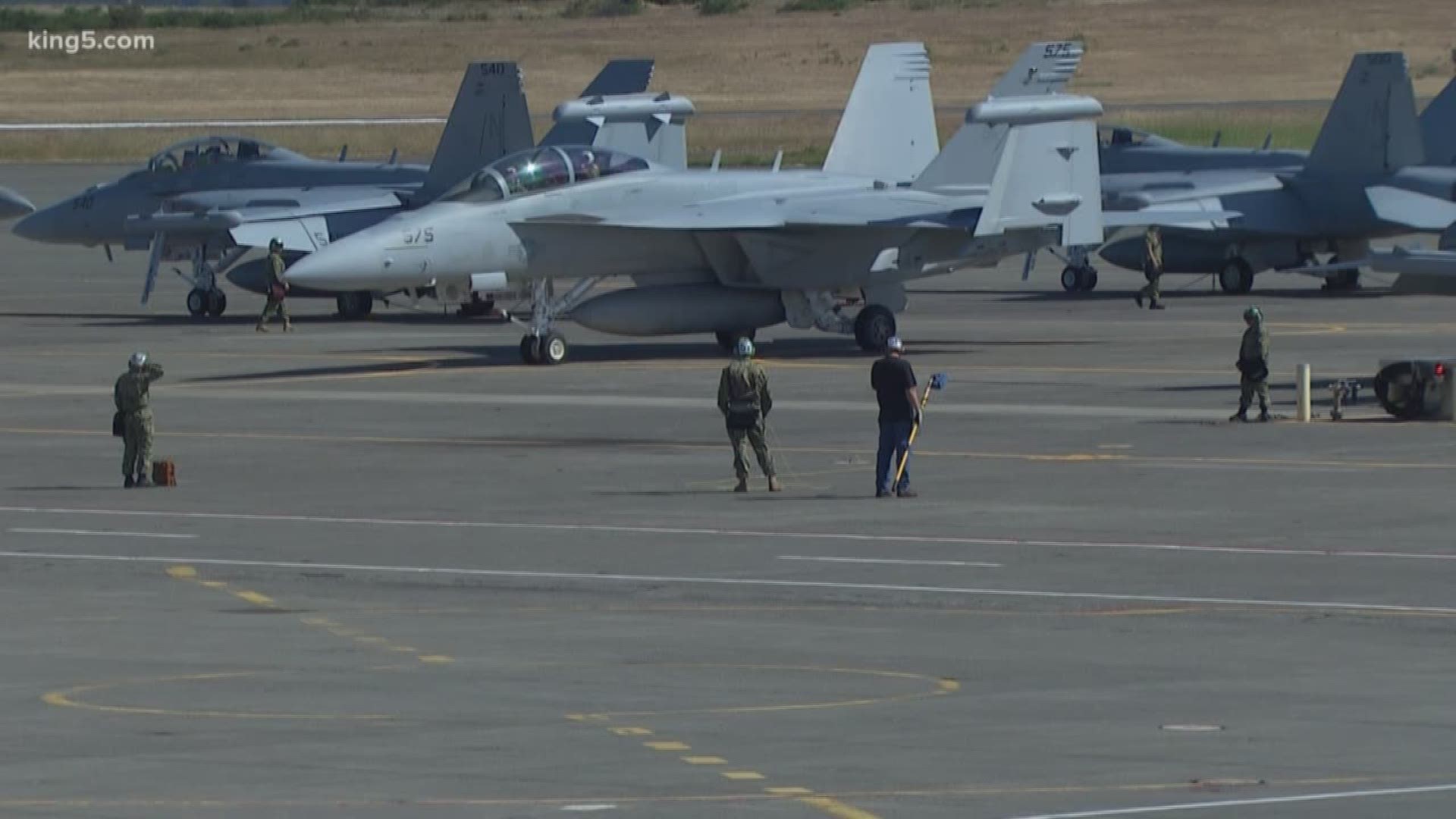 He called the situation a "top priority" for the Navy.

"I totally get it," he said. "You’re not seeing someone who has no compassion for the situation."

Noise issues from the Navy's newer, louder Growler jets have circulated since they were introduced to Washington about a decade ago.

The roar of the Growlers is generally welcome around the base in Oak Harbor. About 20 minutes south in rural Coupleville, however, it's a very different story.

The Navy wants to expand training missions at the town's tiny airstrip by four times to 12,000 take-offs and landings per year, sparking outrage and pitting neighbor against neighbor.

"I was taken by surprise how much it's dividing the community," said Spencer. "That's the last thing the United States Navy wants to do."

The situation has also sparked two lawsuits, one of them by Washington's Attorney General Bob Ferguson seeking to stop the Growler expansion.

Spencer did say he has spoken with Governor Jay Inslee about the issue, and is open to some sort of plan to decrease the noise. He would prefer to settle the situation out of court. He said that could include the possibility of payouts to those impacted by the noise. The Navy paid millions of dollars to homeowners in Virginia Beach who voiced similar concerns 18 years ago.

Legal teams from both the Navy and State Attorney General’s Office will meet on October 3rd, hoping to work out some sort of settlement.