Combat veterans are suing 3M accusing the Fortune 500 corporation of causing permanent hearing loss. The allegations trace back to earplugs used in combat. 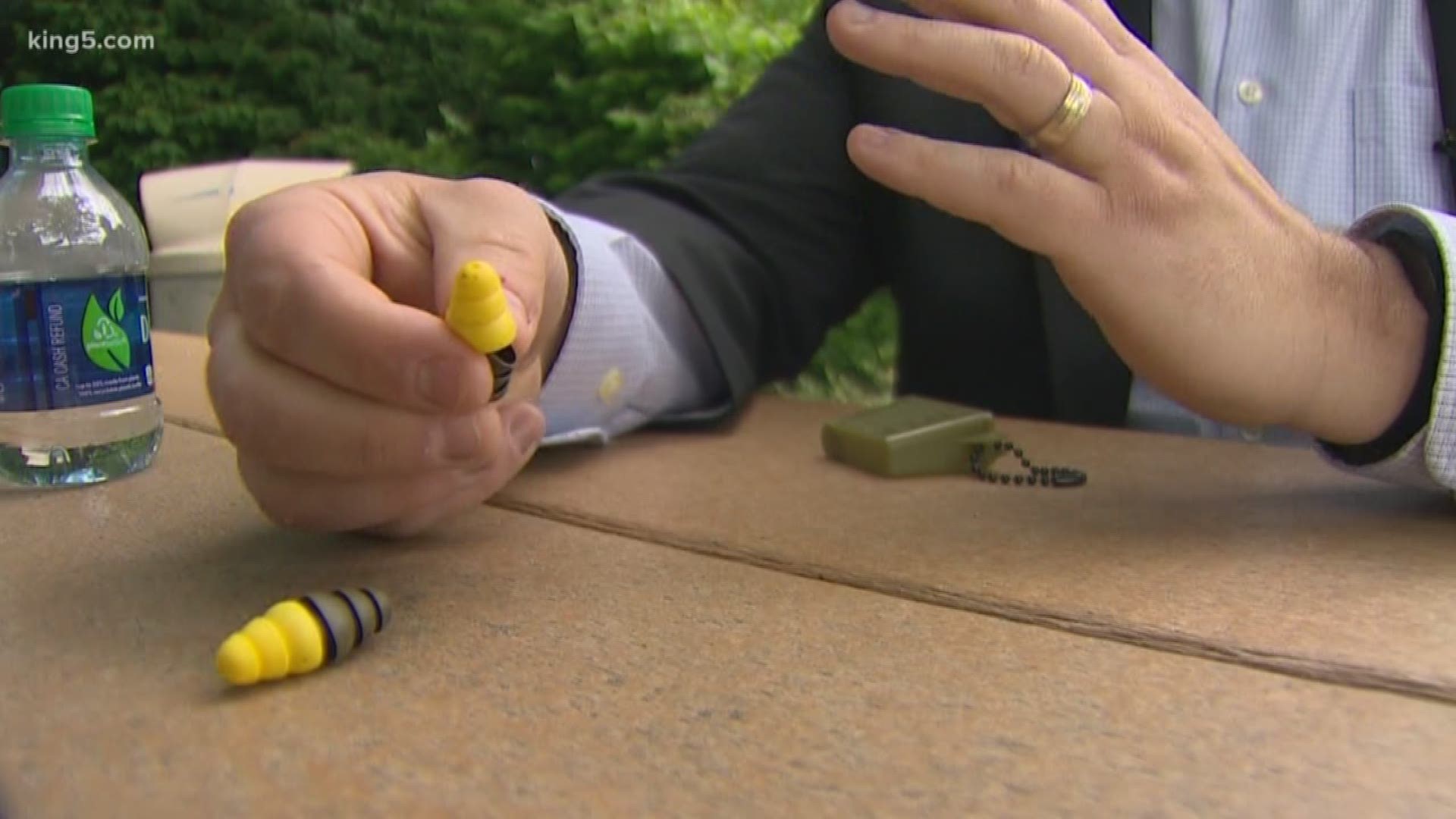 A group of combat veterans is suing 3M claiming faulty earplugs have led to hearing loss, and the manufacturer knew of the problems in advance.

Dom Spadano of Maple Valley served in Iraq in 2013 and joined the federal lawsuit. He said 3M supplied the military with the combat earplugs and they did not perform as promised.

"The ideas behind these was for human voices to pass through as they normally would, and then block out loud sounds like gunfire, explosions, things like that," Spadano explained.

3M agreed to pay the Department of Justice (DOJ) $9.1 million in 2018 after the DOJ alleged the company "knowingly sold the dual-ended Combat Arms Earplugs, Version 2 (CAEv2) to the United States military without disclosing defects that hampered the effectiveness of the hearing protection device."

The DOJ said 3M was accused by a whistleblower of violating the “False Claims Act by selling or causing to be sold defective earplugs to the Defense Logistics Agency. Specifically, the United States alleged that 3M, and its predecessor, Aearo Technologies, Inc., knew the CAEv2 was too short for proper insertion into users’ ears and that the earplugs could loosen imperceptibly and therefore did not perform well for certain individuals."

Spadano said he came back from serving overseas and “had a 10-decibel shift in most of the higher frequencies." He's since been diagnosed with tinnitus.

"It creates a ringing sensation,” Spadano said. “For more people, it is a whooshing or buzzing sound. Where I notice it the most is when it’s a quieter environment, like when I'm trying to lay down to sleep or just focus on something, then it starts."

"These are lifelong injuries and that's what this lawsuit is about," said Andrew Cobos, a Houston-based attorney who is representing Spadano. "The earplugs themselves did not block the amount of noise, or decibels of noise, they were required to block. We're going to find and paint a very different picture of what 3M knew when they knew it, and how they should respond to the men and women who used these earplugs."

3M denies any wrongdoing. A spokesperson for the company sent KING 5 the following statement:

“3M has great respect for the brave men and women who protect us around the world and their safety is a priority. We have a long history of partnering with the U.S. military, and we continue to make products to help protect our troops and support their missions. The company worked in close coordination with the U.S. military on the Combat Arms Earplugs version 2 product and its design reflected the direction and feedback of individuals acting on the military’s behalf. We deny this product was defectively designed and will vigorously defend against the allegations in these lawsuits through the legal process.”