Navy Captain Dianna Wolfson became the first woman to take the helm of the Puget Sound Naval Shipyard in Bremerton. 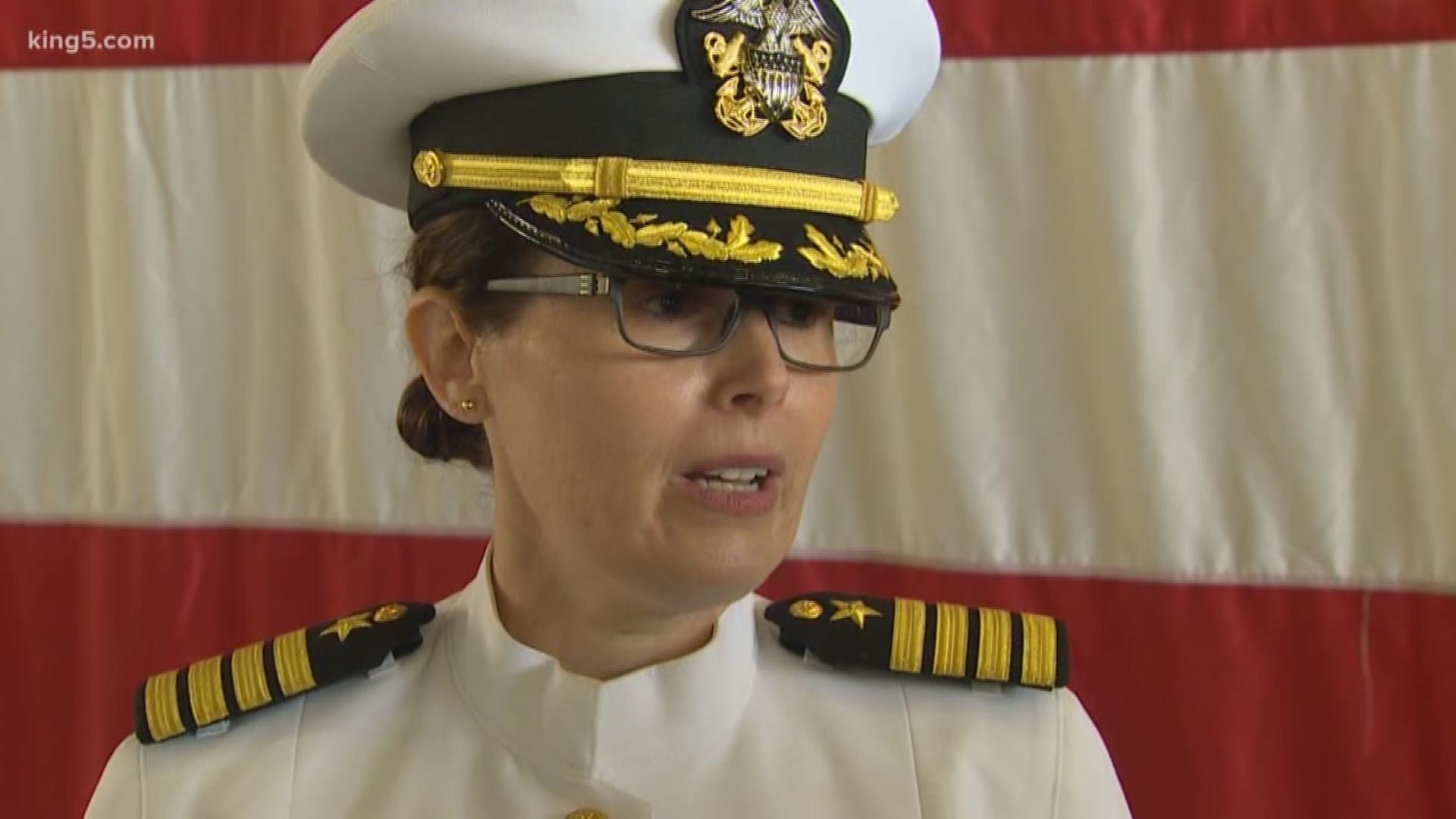 BREMERTON, Wash. — The bustle at Bremerton's busy shipyard came to a halt Wednesday morning for a special reason.

A two-story American flag served as the backdrop for a change of command tradition that made history.

“I really think it’s about being passionate about what you do. If you love what you do, the sky is the limit,” Wolfson said.

The 128-year-old shipyard had been lead exclusively by men, until Wednesday.

“She was chosen for this position for one reason and for one reason only, she was absolutely the best person for the job,” said Vice Admiral Thomas Moore.

Throughout her decades long career in the Navy, Wolfson earned advanced degrees in Civil and Environmental Engineering. Most recently, she served as the operations officer for the Norfolk Naval Shipyard.

This month, she’ll take command of more than 14,000 civilians and military personnel.

“There are so many women that I am following in their footsteps. Women were first allowed as combatants about the time frame that I am maturing in my career, so it’s only logical that I should be here, and it is those women that have paved the way for me,” Wolfson said.

With a salute from a vice admiral, the change in command was official. Brief pomp and circumstance will soon be replaced by the roar of a maintenance facility with men and women working to keep our naval fleet in fighting shape.

Wolfson is also a mother to two teenagers. She said she encouraged both daughter and son to pursue science and math, a background she said has helped her throughout her military career.