Amanda Eller was reported missing when she didn't come back from a hike more than two weeks ago. 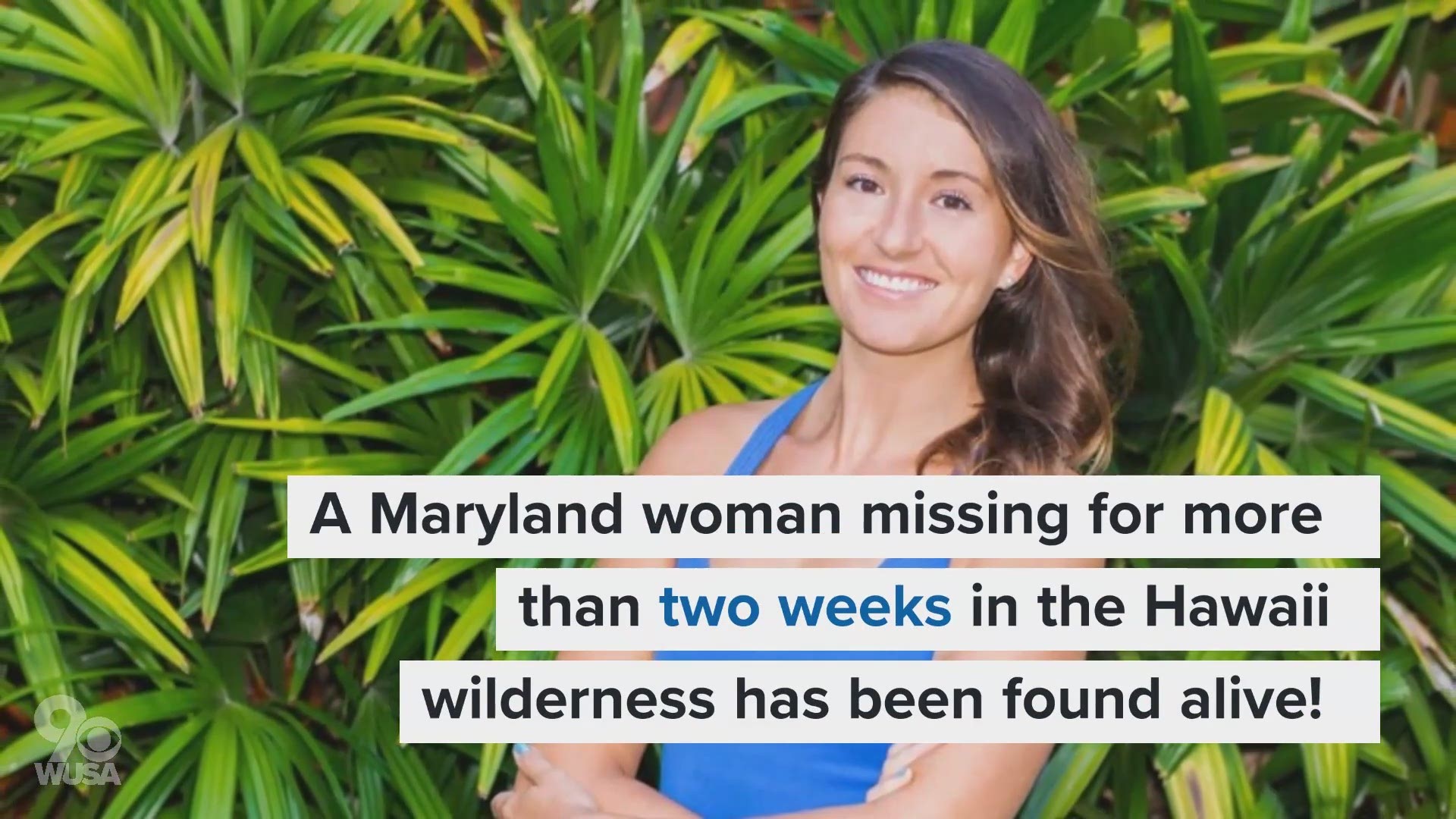 MAUI, Hawaii — A Maryland woman who has been missing for more than two weeks after disappearing on a hike in Hawaii has been found alive.

The local CBS station KGMB reported Amanda Eller, 25, was spotted by a helicopter lying in a wooded area Friday.

A Facebook page run by Eller's family and friends confirmed the news, writing she was able to talk to her father on the phone.

Credit: Facebook/AmandaEllerMissing
Amanda Eller, originally from Maryland, vanished after going for a hike in Hawaii not far from her home.

The Facebook page posted a photo of Eller standing and smiling with her rescue team.

"She was deep in a creek bed between two waterfalls," they wrote. "She is just as strong as we always said she would be. We knew she could make it this long."

Eller, who is from Leonardtown, Md., was last seen May 8 on a trail in the Makawao Forest Reserve on Maui. Her car was found about four miles from where she was tracked down, KGMB reported, with her wallet and cell phone inside. She currently lives not far from the trail, in Haiku.

Her family from Saint Mary’s County joined her boyfriend, Benjamin Konkol,  and volunteers in the weeks-long search for her.

Konkol spoke with Baltimore CBS affiliate WJZ on Thursday, and said he could feel she was still alive, waiting to be rescued.

“I just feel her alive, you know. I feel her holding on. I feel her, all the prayers helping her, and every time I go up there I just know she’s alive, that she’s ready to be found,” Konkol said.

PREVIOUS: She went for a hike last week and never made it home. Now, her family is not giving up hope

Friends and family previously said they believed Eller could survive weeks in the wilderness until her rescue.

"She can live for weeks without food. She is mentally and physically strong, her healthy physical, spiritual and emotional lifestyle has prepared her for this moment," organizers of the search wrote on Facebook. "If she is injured out there, she is waiting for us."

Sources told KGMB in Hawaii that Eller has already been prepared for an airborne medical evacuation and was being brought to a trauma center on Maui. Aside from the fact that she has been reported alive, her condition remains unknown at this hour.