The 2020 World Series opened with a record-setting performance, and not in a good way. 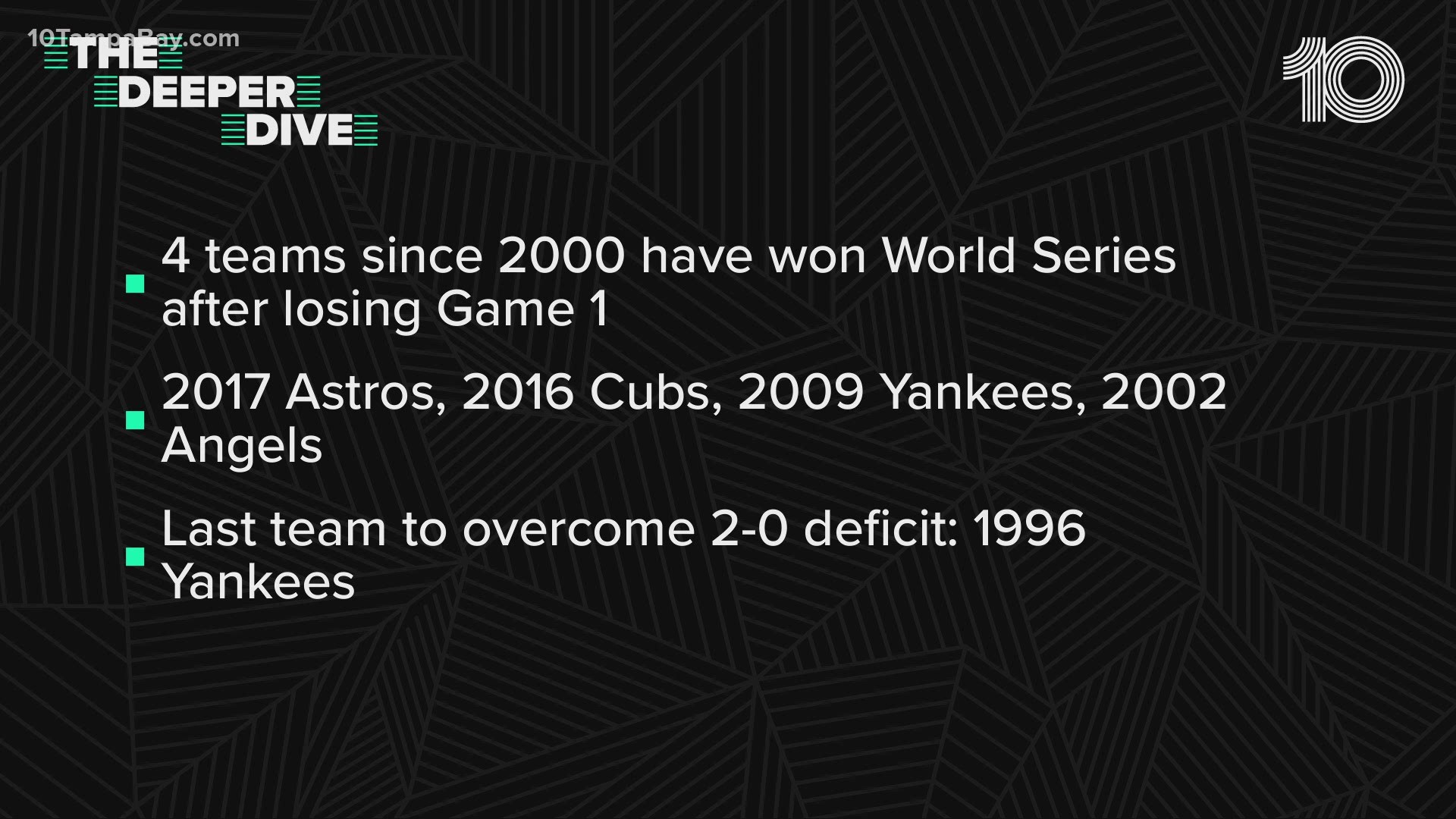 ARLINGTON, Texas — The Los Angeles Dodgers' victory over the Tampa Bay Rays in Game 1 drew a record-low audience of television viewers for a World Series game.

RELATED: Live: Rays hope to bounce back against Dodgers in Game 2

Still, Fox won the prime time evening with its best performance on a Tuesday night since Game 6 of last year's World Series.