Juneteenth history: Marking the end of slavery in America

The news of the end of slavery in America was delivered to slaves in Texas in 1865, more than two years after Lincoln declared the end to slavery. 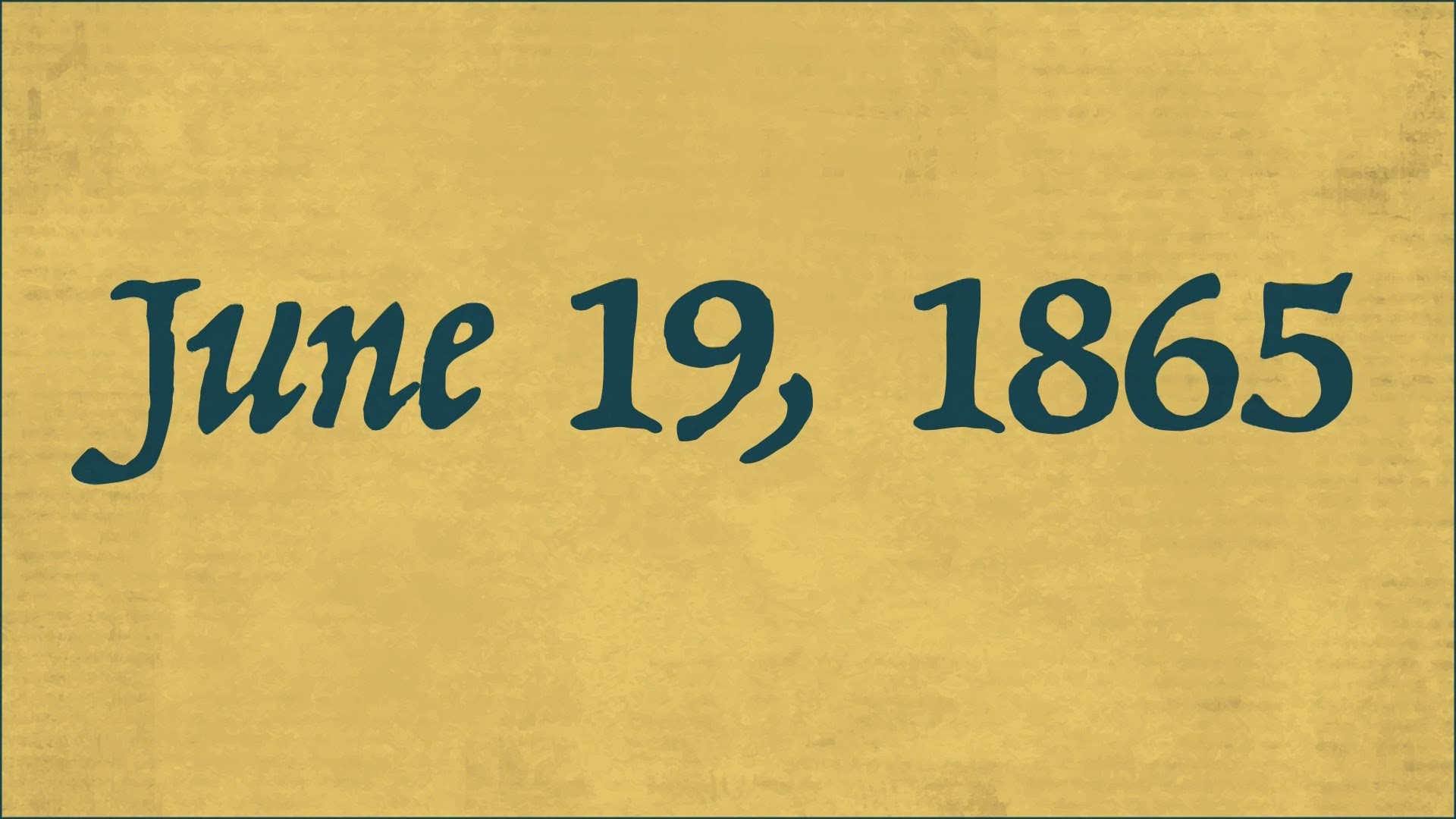 WASHINGTON — The end of slavery in the United States is often recognized by President Abraham Lincoln’s Emancipation Proclamation of 1863. But the day commemorating the freedom of African Americans, Juneteenth -- June 19, was recognized only after the last slaves were told about the president’s order nearly 2 1/2 years later.

On Thursday, President Joe Biden signed legislation establishing a new federal holiday commemorating the end of slavery, saying he believes it will go down as one of the greatest honors he has as president.

Why is it called Juneteenth?

The word Juneteenth is a combination of the month and date that the holiday is observed, on June 19. On that day in 1865, Union troops led by Maj. Gen. Gordon Granger arrived in Galveston, Texas, with news that the Civil War was over, and that all remaining slaves were free. Lincoln announced the Emancipation Proclamation that had declared their freedom in September 1862. The order was issued during the Civil War and effective January 1, 1863.

Granger read General Order No. 3 after his arrival:

"The people of Texas are informed that in accordance with a Proclamation from the Executive of the United States, all slaves are free. This involves an absolute equality of rights and rights of property between former masters and slaves, and the connection heretofore existing between them becomes that between employer and hired laborer."

Why it took so long to get the news to Texas remains unclear. According to Juneteenth.com, one belief is that a messenger sent to give word of the newly declared freedoms was murdered. Another is that the news was deliberately withheld by slave owners. And there was the fact that there were few Union soldiers in Texas to deliver the news.

According to historian Henry Louis Gates Jr., the order did not mean immediate freedom for many of Texas' 250,000 slaves. It was the owners who were tasked with delivering the news.

"On plantations, masters had to decide when and how to announce the news — or wait for a government agent to arrive — and it was not uncommon for them to delay until after the harvest," Gates said in a blog published by The Root and PBS.

In some cases, slaves who tried to exercise their newly proclaimed freedoms were killed, Gates wrote.

In 1980, Texas was the first state to make Juneteenth a holiday. Others followed suit in the four decades since. A handful have made it a paid holiday while most others give the day an official observance or recognition. Hawaii and South Dakota remain the only states that do not recognize Juneteenth, according to the Congressional Research Service.

There is a flag for Juneteenth. It features a 12-pointed star with a white 5-pointed star inside it. They appear on top of a blue and red background.

L.J. Graf, one of the banner's designers, wrote that the Juneteenth flag represents the history and freedom of enslaved people and their descendants. Graf says, "The design of the Juneteenth flag depicts a bursting 'new star,' on the horizon. The star represents A NEW FREEDOM, A NEW PEOPLE, A NEW STAR. The red, white, and blue colors communicate that the American Slaves, and their descendants were all Americans."