The agreement stemming from a lawsuit also requires USPS to prioritize election mail. 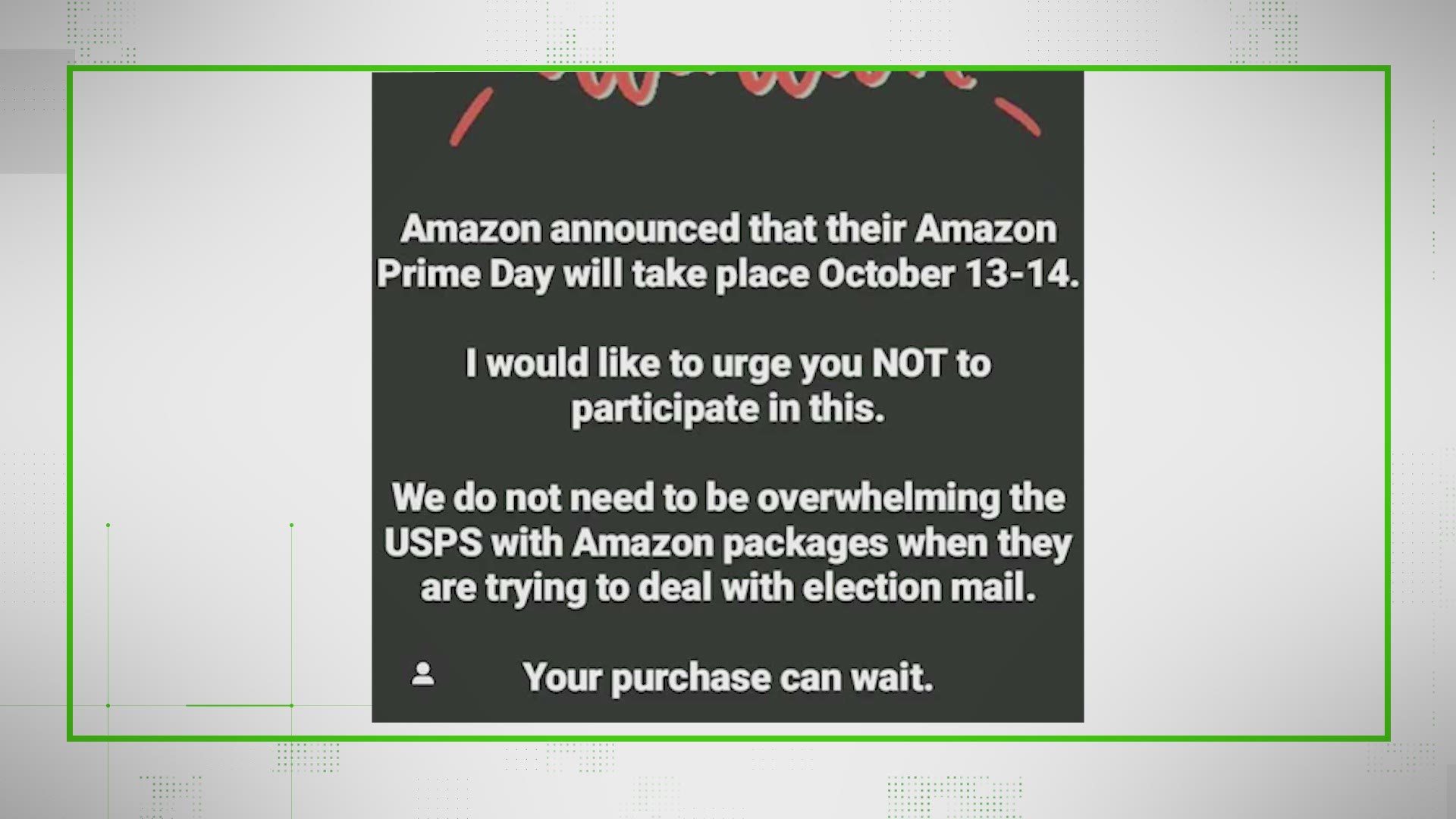 HELENA, Montana — The U.S. Postal Service agreed Wednesday to reverse changes that slowed mail service nationwide, settling a lawsuit filed by Montana Gov. Steve Bullock during a pandemic that is expected to force many more people to vote by mail.

The lawsuit filed against Postmaster General Louis DeJoy and the U.S. Postal Service on Sept. 9 argued changes implemented in June harmed access to mail services in Montana, resulting in delayed delivery of medical prescriptions, payments, and job applications, and impeding the ability of Montana residents to vote by mail.

The postal service agreed to reverse all changes, which included reduced retail hours, removal of collection boxes and mail sorting machines, closure or consolidation of mail processing facilities, restriction of late or extra trips for timely mail delivery, and banning or restricting overtime.

RELATED: USPS raising some rates in 2021 but not the Forever Stamp

The settlement agreement was reached a day ahead of a hearing in the U.S. District Court in Great Falls. It applies to all states.

“Montanans never gave up this fight and as a result, we are ensuring stability through and beyond the election by immediately restoring the mail services folks rely on, whether it’s receiving vital medication or ensuring they can pay their bills on time,” Bullock said in a statement.

A spokesperson for the U.S. Postal Service did not immediately respond to an email seeking comment.

The agreement comes after a federal judge temporarily blocked the controversial Postal Service changes on Sept. 17, calling the changes “a politically motivated attack on the efficiency of the Postal Service” before the November election.

Judge Stanley Bastian in Yakima, Washington, issued the nationwide preliminary injunction sought by 14 states that brought forward a separate suit against the Trump administration and the U.S. Postal Service. The 14 states, led by Democratic attorneys general, expressed concern that delays might result in voters not receiving ballots or registration forms in time.

Following a national uproar last month, DeJoy, a major donor to President Donald Trump and the GOP, announced he was suspending some of the changes, including the removal of mail collection boxes, but other changes remained in place.

Samuels is a corps member for the Associated Press/Report for America Statehouse News Initiative. Report for America is a nonprofit national service program that places journalists in local newsrooms to report on undercovered issues.

Credit: AP
Postmaster General Louis DeJoy is sworn in before testifying during a House Oversight and Reform Committee hearing on the Postal Service on Capitol Hill, Monday, Aug. 24, 2020, in Washington. (Tom Williams/Pool via AP)