President Trump says he will 'temporarily suspend' immigration into the US

The president offered no details as to what immigration programs might be affected. The White House did not immediately elaborate on Trump's tweeted announcement. 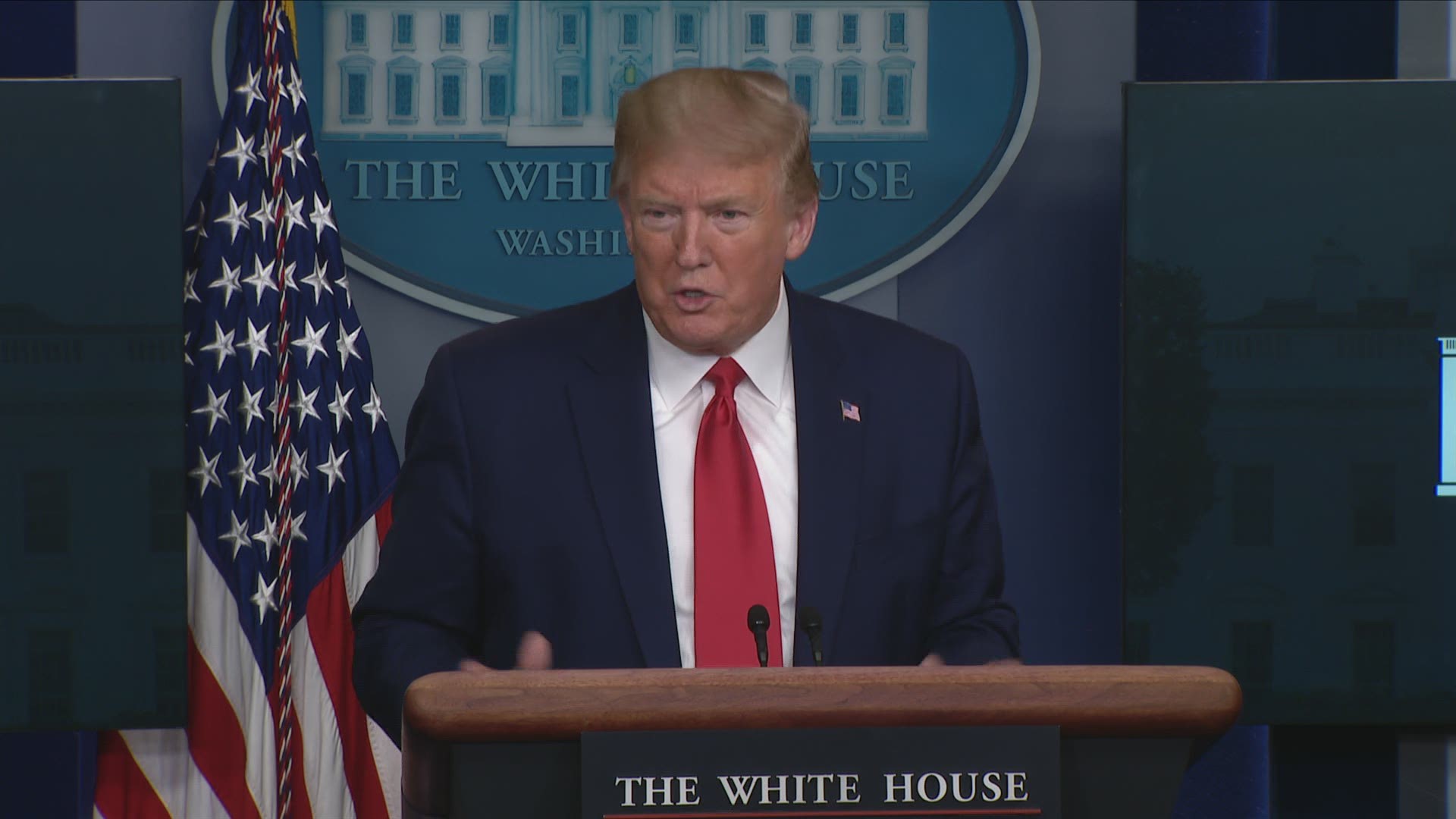 WASHINGTON — President Donald Trump said Monday night that he will be temporarily suspending immigration into the United States because of the coronavirus pandemic.

“In light of the attack from the Invisible Enemy, as well as the need to protect the jobs of our GREAT American Citizens, I will be signing an Executive Order to temporarily suspend immigration into the United States!” Trump tweeted.

The president has frequently referred to the ongoing coronavirus pandemic as "the invisible enemy" in recent weeks.

It is not entirely clear what prompted the decision or what effect it will have on U.S. border operations and border crossings. He offered no details as to what immigration programs might be affected by the order. The White House did not immediately elaborate on Trump's tweeted announcement.

The Trump administration announced Monday morning that the U.S., Canada and Mexico had come to an agreement to keep their shared borders closed for an additional 30 days, to combat the spread of coronavirus.

Trump has taken credit for his restrictions on travel to the U.S. from China and hard-hit European countries, arguing it contributed to slowing the spread of the virus in the U.S. But he has yet to extend those restrictions to other nations now experiencing virus outbreaks.

Due to the pandemic, almost all visa processing by the State Department, including immigrant visas, has been suspended for weeks.