The president's legal team now prepares for its defense, which is expected to start Saturday. 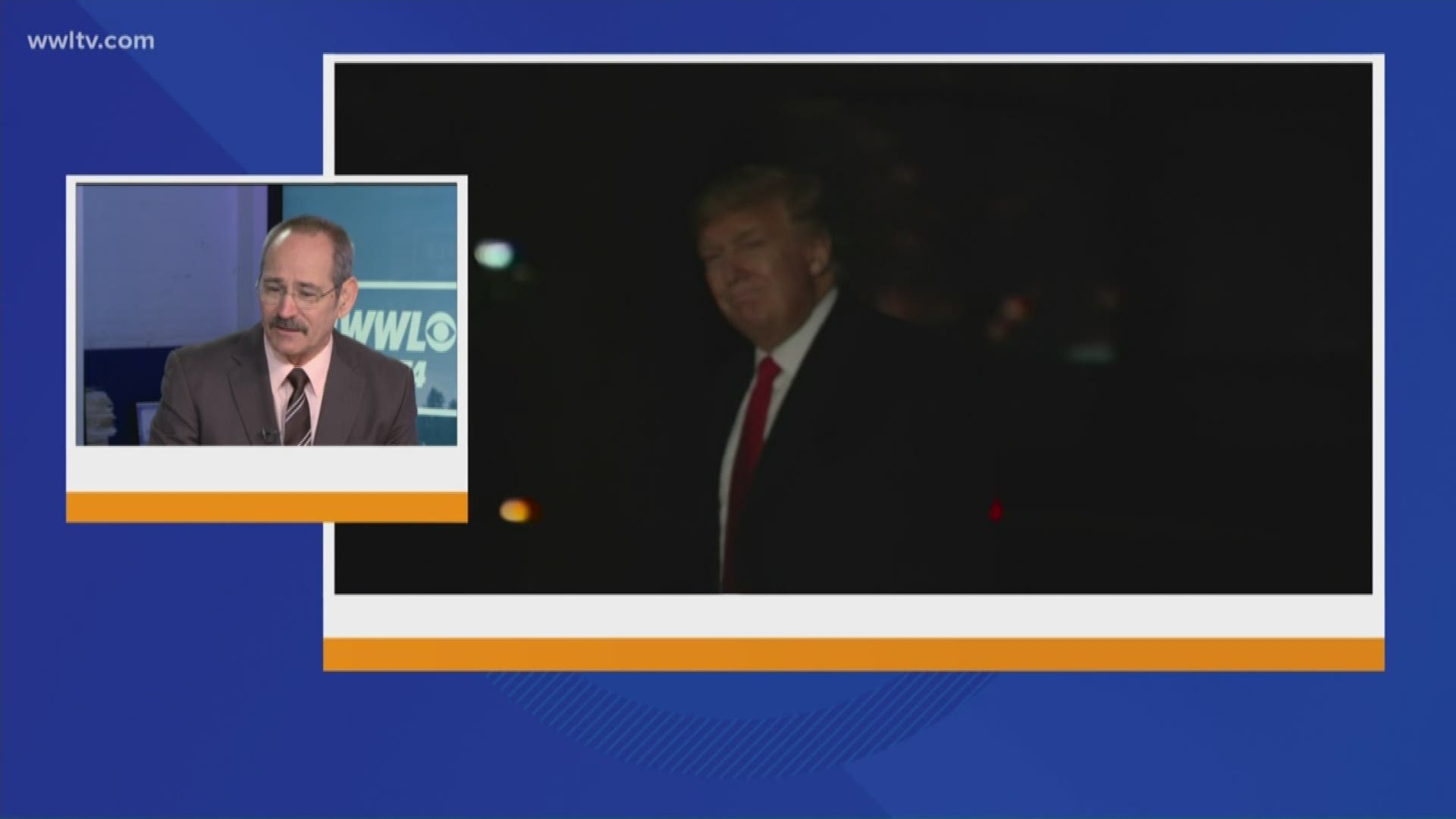 WASHINGTON — Democratic prosecutors are warning as they close out their case in President Donald Trump's impeachment trial that he will persist in abusing his power unless Congress intervenes to remove him from office.

Rep. Adam Schiff has wrapped up the presentation Friday by urging Republican senators to, “Give America a fair trial” by ensuring witnesses are called to testify.

The president's legal team is preparing its defense, expected to start Saturday.

Trump bemoaned the schedule in a morning tweet, saying it “looks like my lawyers will be forced to start on Saturday, which is called Death Valley in T.V.”

Democrats' final chance to make their opening statement in the Senate impeachment trial came after a day in which they outlined the case for Trump's alleged abuse of power, and ended with a passionate warning to senators that the president would choose his own best interests over the country if he's not removed from office.

Friday was the third and final day allowed under the Senate rules for House managers to make their initial case.

The Democrats also insisted that the president only released Congressionally approved military money to Ukraine because he had “gotten caught" withholding it.

House prosecutors argued Thursday that Trump abused power like no other president in history, swept up by a “completely bogus” theory about Ukrainian interference in the 2016 election. The Democrats say that led Trump to demand that Ukraine announce an investigation into his potential 2020 election rival Joe Biden while he withheld crucial military aid as leverage.

“He is who he is,” House Intelligence Committee Chairman Rep. Adam Schiff of California said, closing out Democrats' case warning that the president will keep abusing his power, according to The Associated Press.

RELATED: Sen. Collins has 'not really' seen anything that's 'stuck out to her'

The prosecution has also used the words of some Trump supporters to help bolster their case. In one instance, they played a video of Sen. Lindsey Graham from the 1999 impeachment trial of President Bill Clinton. Graham was a House member then and one of the managers prosecuting the case. Graham argued then that no crime was needed for impeaching a president. Trump’s defense team is now arguing that the impeachment articles against him are invalid because they do not allege he committed a specific crime.

Sen. Roy Blunt, R-Missouri, praised the Democrats' presentation, but said, "There's just not much new here," according to AP.

Every Republican, including Blunt, voted Tuesday to table allowing new witnesses to testify and documents to be subpoenaed -- all of which likely could have brought new material to the trial. Those subpoenas may be voted on again later.

Trump's defense team will have 24 hours over the course of Saturday, Monday and Tuesday to make their opening statement. The Senate will not be in session Sunday.

“We will be putting on a vigorous defense of both facts, rebutting what they said,” Jay Sekulow, Trump's personal attorney, reportedly said.