Storm bears down on East, promises up to 20 inches of snow

More than 180 flights into or out of the U.S. were canceled Monday morning. 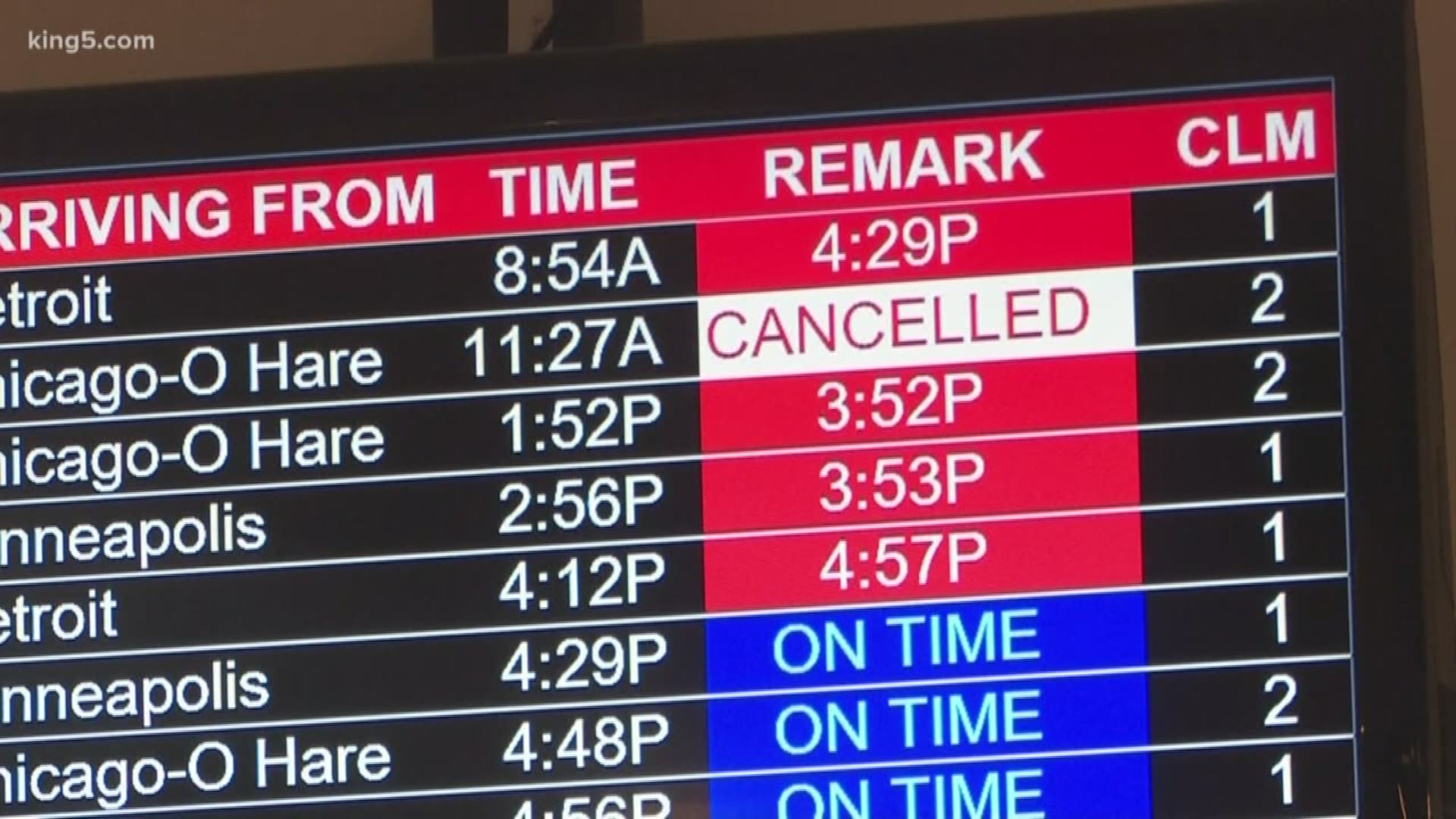 A wintry storm that made Thanksgiving travel miserable across much of the country gripped the East with a messy mixture of rain, snow, sleet and wind, slowing the Monday morning commute, closing schools and offices, and snarling air travel.

Forecasters said the nor’easter could drop 10 to 20 inches of snow by Tuesday morning from Pennsylvania to Maine. Heavy snow was possible in the Appalachian Mountains down to Tennessee and North Carolina.

Schools closed preemptively as rain was expected to turn into snow in the region’s first significant storm of the season, a nor’easter so named because the winds typically come from the northeast.

More than 180 flights into or out of the U.S. were canceled Monday morning, with more than 450 delays. Airports in the New York and Boston areas accounted for many of them.

Tractor-trailers were banned or lower speed limits put in place on stretches of interstate highways in New Jersey and Pennsylvania.

Inland areas appeared to be in for the worst of it, with the forecast in Albany, New York, predicting 6 to 14 inches.

Only 3 inches of snow was expected in New York City. Up to 9 inches, though, was possible in Boston by Tuesday night. As much as 5 inches was forecast for Philadelphia.

The trouble began in the East on Sunday as the storm moved out of the Midwest.

State police had responded to more than 550 storm-related crashes across New York by 7 p.m. Icy roads caused crashes on Interstate 84 in Pennsylvania, and ice closed part of Interstate 81 near Binghamton, New York, for a time.

The same storm has pummeled the U.S. for days as it moved cross country, dumping heavy snow from California to the Midwest and inundating other areas with rain.

Duluth, Minnesota, is cleaning up more than 21 inches of snow. Major highways reopened in Wyoming and Colorado after blizzard conditions and drifting snow blocked them.