A Justice Department watchdog report found the FBI made “fundamental” errors in investigating the sexual abuse allegations against Larry Nassar. 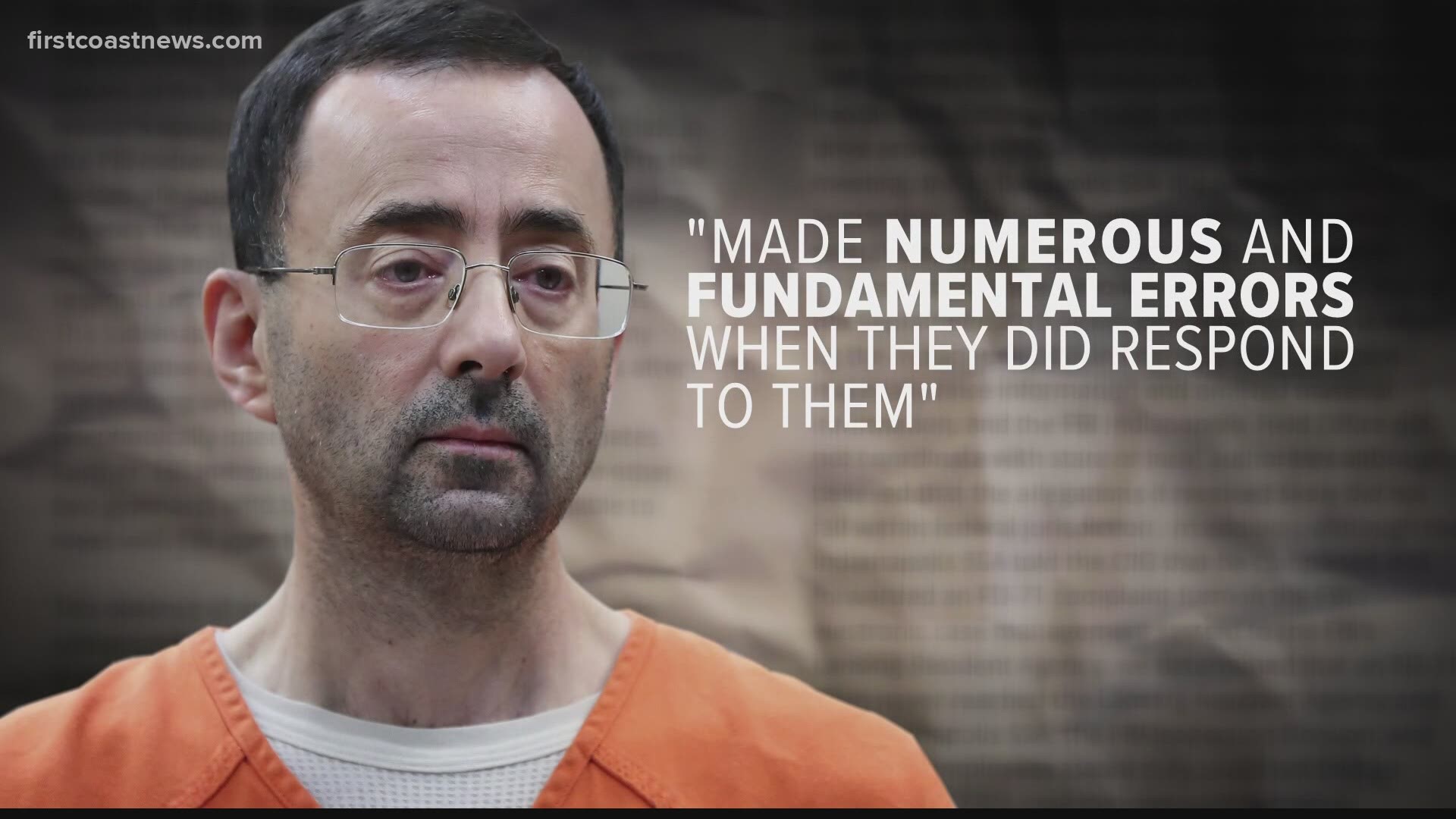 WASHINGTON — Four American gymnastics stars, including Simone Biles, will testify before Congress on Wednesday during a hearing about the FBI's handling of the investigation into former USA Gymnastics national team doctor Larry Nassar.

All four gymnasts have publicly said they were abused by Nassar.

The long-awaited watchdog report raises troubling questions about how the department and the FBI handled the case and it highlights major missteps at the FBI between the time the allegations were first reported and Nassar’s arrest.

The inspector general’s investigation was spurred by allegations that the FBI failed to promptly address complaints made in 2015 against Nassar. USA Gymnastics had conducted its own internal investigation and then the organization's then-president, Stephen Penny, reported the allegations to the FBI's field office in Indianapolis. But, it took months before the bureau opened a formal investigation.

At least 40 girls and women said they were molested over a 14-month period while the FBI was aware of other sexual abuse allegations involving Nassar. Officials at USA Gymnastics also contacted FBI officials in Los Angeles in May 2016 after eight months of inactivity from agents in Indianapolis.

Last month, USA Gymnastics and hundreds of women who claim they were abused by Nassar or others affiliated with the national governing body filed a joint $425 million settlement proposal in U.S. Bankruptcy Court.

While it's unclear how much each survivor would receive under the proposed agreement, the sum is significantly higher than the $215 million settlement offer USA Gymnastics and the United States Olympic and Paralympic Committee put together in February 2020.